What are Anticoagulants / Blood Thinners?

Blood travels in a liquid form within blood vessels. A break in the blood vessels causes the blood to leak out. However, excessive blood loss is prevented by the formation of a blood clot. Initially the blood cells called platelets stop the flow of blood, followed by which certain proteins in the blood called clotting factors form a clot and seal the break.

In some conditions, a clot can form within a normal blood vessel, which can obstruct the smooth flow of blood. Such a clot is unwanted. Medications used to prevent the formation of such clots are called anticoagulants or blood thinners. They prevent clotting or coagulation by interfering with the action of clotting factors. Another type of blood thinners called anti-platelet drugs which include aspirin and clopidogrel prevent the action of platelets. These will not be discussed here. 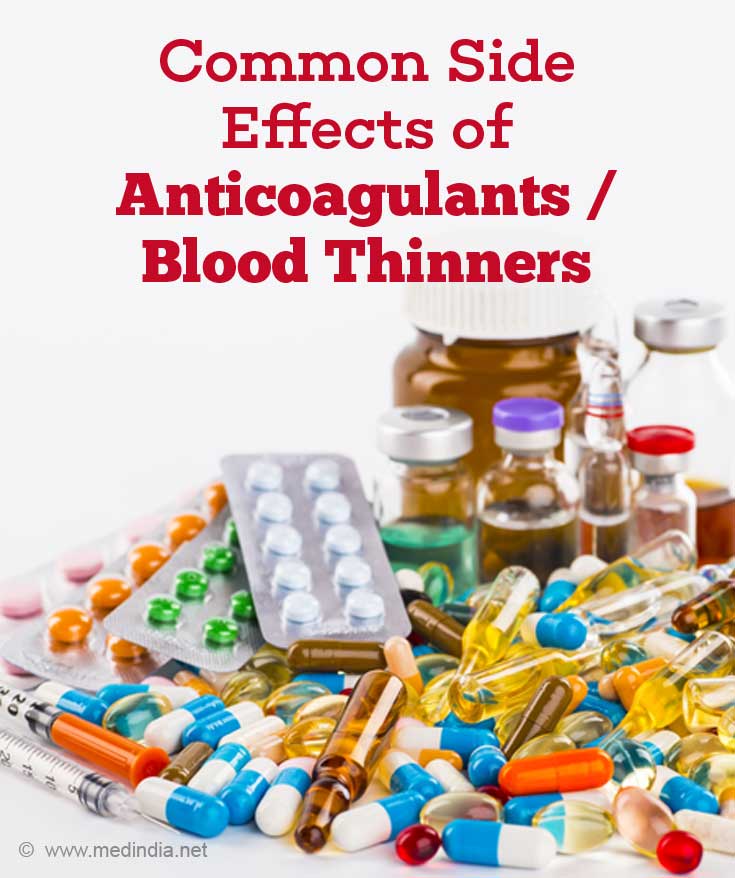 The processes that affect blood clotting involve a lot of enzymes and proteins. Together it is known as the coagulation cascade.

The anticoagulants used in clinical practice include the following:

Side effects of Anticoagulants / Blood Thinners 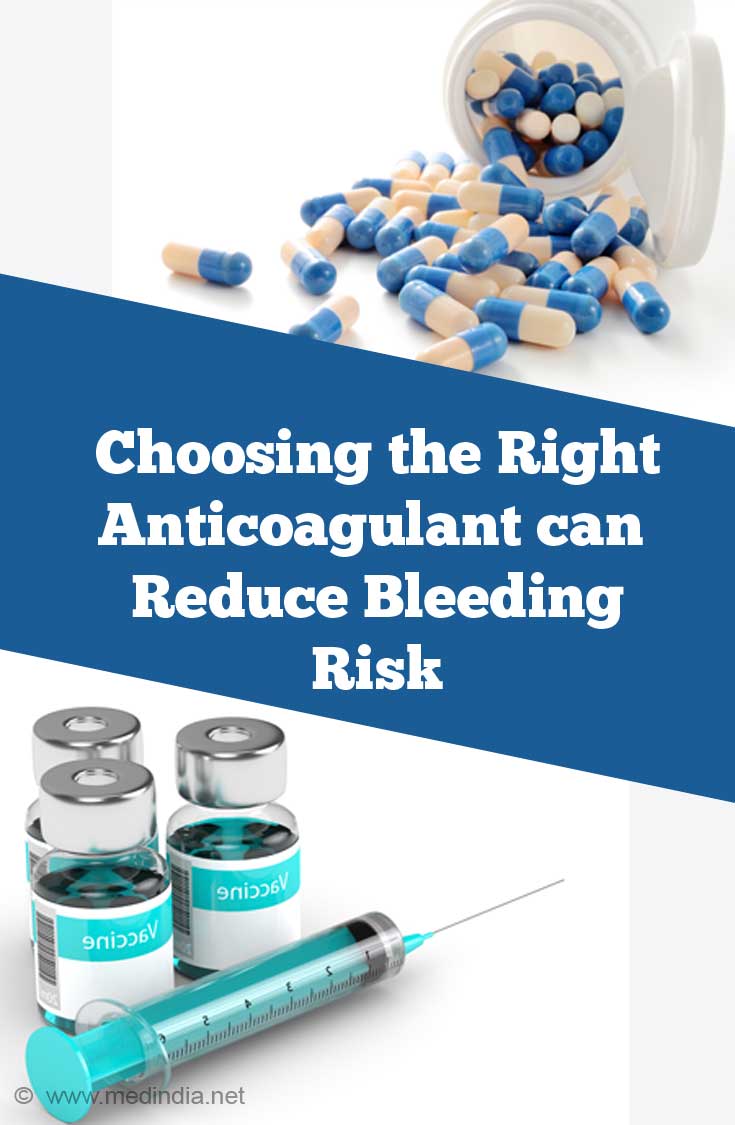 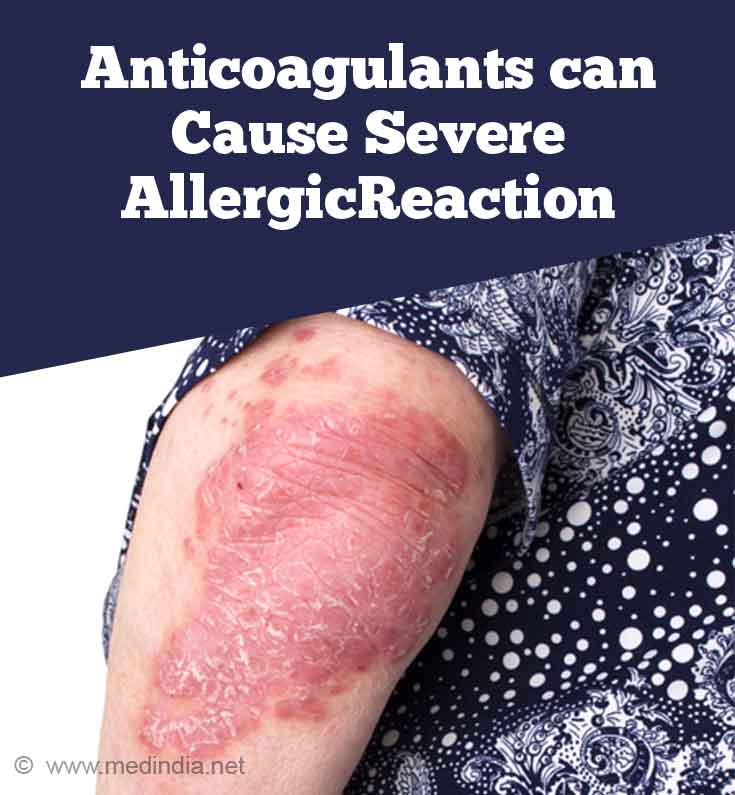 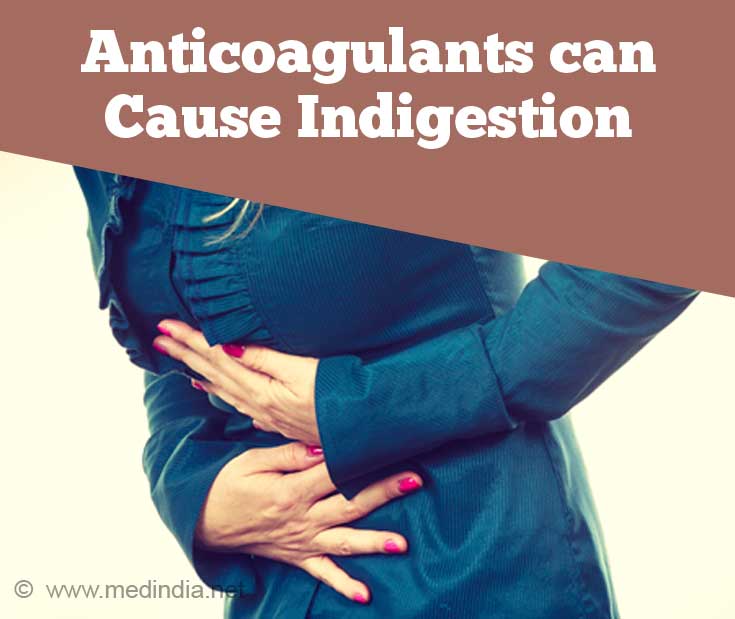 Anticoagulants also interact with other drugs that inhibit blood clotting. They increase the chances of bleeding when taken with medications like anti-platelet drugs, which can also cause bleeding, or non-steroidal anti-inflammatory drugs that can cause stomach ulcers.

The anti-platelet drugs used in clinical practice include:

Side effects of anti-platelet drugs include the following:

New Oral Anticoagulant Drugs Prove to be Effective as Warfarin Against Stroke New oral anticoagulant drugs are used in the prevention of stroke in atrial fibrillation patients as it causes less bleeding.

Quiz on Anticoagulants Anticoagulants, commonly referred to as "blood thinners", are medications that interfere with the body's natural blood clotting mechanism. Anticoagulants are necessary if the patient has a deep vein thrombosis ("DVT"), a blood clot in a vital organ ...

Anticoagulants Anticoagulants prevent the clotting of blood in our body. They are administered orally or via injection.
Sign up for Wellness Consult a Doctor Sign up for Selfcare
Advertisement
Health Topics A - Z
A B C D E F G H I J K L M N O P Q R S T U V W X Y Z