Scurvy is a nutritional disease caused by a diet that lacks vitamin C [Ascorbic acid]. It is a condition characterized by general weakness, anemia, gum disease, and skin hemorrhages caused by a prolonged deficiency of vitamin C or ascorbic acid in the diet. The human body is unable to synthesize vitamin C; hence it has to be obtained from the diet or supplements.

Scurvy was first reported as far back as 1550 B.C. when it was discovered in sailors, who after long voyages developed bleeding gums, teeth problems, swelling in body, skin rash, joint pain and anemia. This was later attributed to the lack of intake of fresh fruits and vegetables which are rich sources of vitamin C.

Functions of Vitamin C in the Human Body

What are the Causes of Scurvy?

The main cause is an insufficient intake of vitamin C. This can be due to:

What are the Symptoms of Scurvy?

The symptoms of scurvy begin, after about 2-3 months of dietary deficiency and can be classified into 4 stages:

In infants, the symptoms may also include poor weight gain, loss of appetite, diarrhea, fever, proptosis [bulging of eyes] and pain in the legs which makes them adopt a frog leg posture.

How do you Diagnose Scurvy?

Scurvy is diagnosed by a physical examination and taking medical history along with detailed questions about dietary habits into account, in which an inadequate or low intake of fresh fruit and vegetables is identified. Radiological appearances are characteristic and described below:

In adults, osteopenia and pathologic fractures are commonly seen.

How do you Treat Scurvy?

The underlying cause for scurvy should be determined first.

The recommended dosage is:

Within 24 hours, patients can expect to see an improvement in fatigue, lethargy, pain, anorexia, and confusion. Bruising, bleeding, and weakness start to resolve within 1 to 2 weeks. Complete recovery may be expected in about 3 months except in the case of severe dental damage.

How do you Prevent Scurvy?

Prevention of scurvy is easily achieved by taking 30-60 mg of Vitamin C daily.

Scurvy can be prevented by a diet that includes vitamin C-rich foods such as:

It is advised to consume 5 servings of fruit and vegetables daily.

A serving of fruit is equivalent to one medium piece of fruit or 1/2 cup of chopped fruit.

One cup of green leafy vegetables such as spinach or kale makes up a single serving. For raw or cooked root vegetables, beans and other non-leafy variants 1/2 cup is a serving.

Latest Publications and Research on Scurvy

Age-old Scurvy Diagnosed in a Baby on Only Almond Milk Diet
Scurvy is a rare disease caused by vitamin C deficiency that usually begin three months after a person stops getting enough vitamin C in their diet.
READ MORE 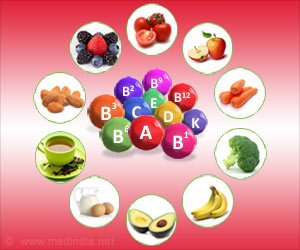 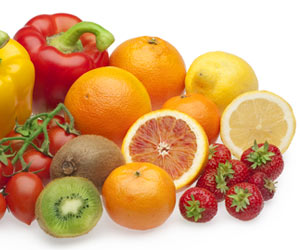 Vitamin C Rich Foods
Vitamin C is an essential nutrient that impacts almost every aspect of your health in a good way. Here's how you include vitamin C rich foods in your diet.
READ MORE 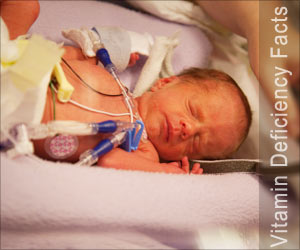 Top Ten Interesting Facts about Vitamin Deficiency
Medindia lists some interesting facts on vitamins for you to know their significance in maintaining good health and the impact of vitamin deficiency.
READ MORE 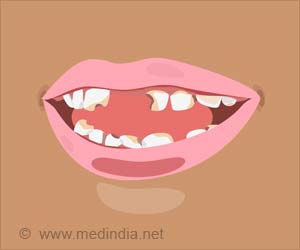 Test Your Knowledge on Scurvy
Scurvy - Introduction Scurvy occurs due to vitamin C deficiency. Vitamins are organic substances essential to our body in small amounts for optimal health and important cellular functions. Lack or insufficient vitamin C either from the ...
READ MORE