Sarcopenia is the loss of skeletal muscle mass, strength and function, associated with aging.

Do you wish to consult Geriatrician for your problem? Ask your question

Sarcopenia is the loss of skeletal muscle mass, strength and function associated with the aging process. Sarcopenia is an important clinical problem that impacts millions of older adults. Till the age of 30 the muscles are in peak condition and grow larger and stronger, after which there is a gradual deterioration.

From 30 to 80 years of age, there is an estimated 30% reduction in muscle mass and an approximately 20% decline in the cross-sectional area of muscles. This is due to a decline in muscle fiber size and well as number of muscle fibers. This can contribute to mobility issues, osteoporosis, falls, fractures, frailty, loss of physical function and independence.

Skeletal muscle and bone mass are the principal components of lean body mass to decline with age. The term sarcopenia also termed "poverty of flesh" is derived from the Greek words sarx meaning "flesh" and penia meaning "poverty".

Muscle loss and others signs associated with aging are inevitable processes. A person can lose as much as 3% to 5% of their muscle mass each decade after 30 years of age. Since muscle mass accounts for up to 60% of the body mass, loss of muscle reflects in an uneven balance, gait and overall ability to perform daily tasks.

Sarcopenia is mostly seen in the physically inactive or sick people, but it is also evident in individuals who remain physically active throughout their lives. People who lead a sedentary lifestyle are most likely to experience pronounced sarcopenia as they age. Being a couch potato is a sure way to suffer serious loss of muscle mass late in life.

Sarcopenia is also a key component of the frailty syndrome and cachexia. The frailty syndrome is an unintentional weight and muscle loss that leaves a person vulnerable to falls, exhaustion, fractures, and declines in grip strength, gait speed, and activity.

Cachexia or wasting syndrome is a condition that appears in patients with certain chronic and terminal illnesses. However, malaise or a feeling of discomfort is a key feature in such people.

There is a lot of global interest in research for ways to slow down the aging process, especially in relation to loss of muscle mass and strength. Studies have shown that muscle function, rather than mass, is associated with a high mortality risk. Fortunately, sarcopenia is partly reversible with appropriate exercise and diet interventions.

What are the Causes of Sarcopenia?

What are the Signs and Symptoms of Sarcopenia?

How do you Diagnose Sarcopenia?

A person is considered to have sarcopenia if they have low muscle mass and either low gait speed or low muscular strength. If they have all three conditions, it is a case of severe sarcopenia.. The diagnostic measures are:

What are the Complications of Sarcopenia?

How do you Treat or Manage Sarcopenia?

How do you Prevent Sarcopenia?

Latest Publications and Research on Sarcopenia

Health Benefits of Omega 3 Fatty Acids
Our body derives omega 3 fatty acids from the food we eat. Here's a list of foods rich in omega 3s and how they help in the various body functions and protect our health.
READ MORE 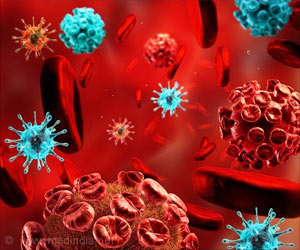 Quiz on Autoimmune Disorders
The prevalence and incidence of autoimmune disorders such as type 1 diabetes, lupus and celiac disease are on the rise, revealed a study, however researchers at the Centers for Disease Control are unable to pinpoint a cause for this increase. Test ...
READ MORE