Rosacea is a common chronic skin condition mainly affecting the face. It is especially common in women and teenagers.

What are the Causes of Rosacea?

It is not yet clear what causes rosacea. However, symptoms appear when blood vessels expand due to triggers like excessive exposure to the sun, hot temperatures, spicy food, and alcohol.

What are the Types of Rosacea?

There are 4 known subtypes of rosacea:

What are the Symptoms and Signs of Rosacea?

The symptoms and signs of rosacea appear mainly on the face. Sometimes they extend to the neck and back.

Symptoms and signs of Erythematotelangiectatic rosacea include:

Symptoms and signs of Papulopustular rosacea include:

Symptoms and signs of Phymatous rosacea include:

Symptoms and signs of Ocular rosacea include:

How do you Diagnose Rosacea?

There are no known tests for confirming rosacea, it is purely a clinical diagnosis.

However, the doctor can diagnose rosacea as follows:

Patient may be referred to a dermatologist to confirm the diagnosis.

How do you Treat Rosacea?

Though rosacea is incurable, it can effectively be controlled by managing the symptoms.

To treat papules and pustule

Topical medications include the following:

Dermatologists or plastic surgeons use a variety of surgical treatments to remove any overgrowth of tissue and remodel the nose that is distorted due to severe rosacea.

Redness, flushing, and visible blood vessels caused by rosacea can be successfully improved with a vascular laser or intense pulsed light (IPL) treatment. The visible blood vessels in the skin are bombarded with narrow beams of light produced by laser and IPL machines. The heat from the lasers damages the dilated veins and causes them to shrink and fade away with minimal scarring or damage to the surrounding area. Laser treatment is mildly painful.

How do you Prevent Rosacea?

The best way to prevent rosacea is by avoiding the triggers that flare up the symptoms.

Some of the triggers include the following:

How Rosacea can affect Quality of Life?

Rosacea can affect the quality of life minimally or severely depending on how severe the symptoms are and how well they are tolerated by the skin. Rosacea symptoms have periodic exaggerations and remissions. These symptoms are easily controllable.

Individuals with mild symptoms do not commonly seek medical help. People with moderate to severe rosacea may require long-term treatment with oral antibiotics, lasers, and other therapies. The doctor helps patients to understand the pattern of their rosacea and develop a treatment and diet plan to keep it from hindering their daily lives.

It is seen that individuals with severe rosacea suffer from extreme psychological, social, and emotional symptoms and need counseling. They may also develop social phobias and depression.

There are a number of things you can do to help keep the symptoms of rosacea under control.

Latest Publications and Research on Rosacea

Good News for Rosacea Victims
Researchers now think they have found out the cause behind rosacea, the chronic skin condition which causes facial flushing, leaving many victims embarrassed.
READ MORE 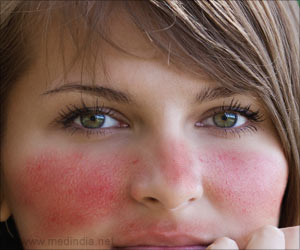 New Insecticide to Target 'Face Bugs' That Cause Rosacea
Researchers have now developed a new insecticide to target the bugs living on your face which worsen rosacea. Read on to get the inside story.
READ MORE

Patients can Control Acne and Rosacea Through Good Skin Care
With proper diagnosis, treatment and a healthy dose of good, old-fashioned skin care, acne and rosacea can be less of a nuisance for patients, dermatologists have said.
READ MORE 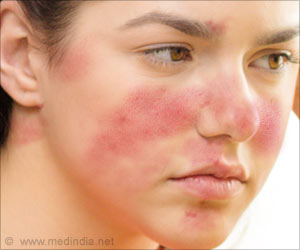 Home Remedies for Rosacea
Natural home remedies offer you an herbal method to treat rosacea effectively. Follow these simple home remedies and tips to get rid of rosacea.
READ MORE