What is Retinitis Pigmentosa?

Retinitis pigmentosa is an inherited degenerative disorder which affects the retinas ability to respond to light. It results in progressive loss of vision, eventually leading to blindness. It involves both eyes.

There is no cure for retinitis pigmentosa. Early intervention can help retain the vision and make the most of it.

Retina is a light sensitive layer lying at the back of eye. Light first focuses on the eye lens and then passes through the pupil and falls on the retina. Light rays that fall on the retina are converted into neural signals which are then sent to the brain through the optic nerve. Thereafter, the brain interprets and sends the signal for visual recognition.

Retina is made up of photo-receptor cells. These cells perform the function of detecting color and light intensity. These are of two types  rods and cones. Rods lie on the periphery of the retina and support black and white vision. They focus on distant vision and dim light. Cones are centrally located in the retina and support colored vision and near sighted vision.

In retinitis pigmentosa, these cells get degenerated and stop working leading to loss of vision. Disease starts with death or necrosis of rods; eventually cones are affected leading to total blindness. Side vision is impacted, the most owing to the rods, which makes it hard to see in dim light. Early intervention helps retain the cones so that near sighted vision to a large extent can be preserved.

What are the Causes of Retinitis Pigmentosa?

Retinitis pigmentosa (RP) is genetically inherited. It is passed from the parent to the child. Lets understand how.

What are the Symptoms and Signs of Retinitis Pigmentosa?

How do you Diagnose Retinitis Pigmentosa?

What is the Treatment for Retinitis Pigmentosa?

Currently, there is no cure for retinitis pigmentosa. However, The Foundation Fighting Blindness and the National Eye Institute in the USA have jointly recommended that adults with RP should take a daily dose of vitamin A palmitate supplement and avoid a high dose of vitamin E, as recommended by their doctor. This will help in prolonging their vision.

Once the rods and cones are damaged, the only way of restoring vision is by transplant or by bypassing them, thereby altering the physiology of the eye. Photo-receptor cell transplantation is still under study.

Argus II (Second Sight Medical Products, Inc, Sylmar, CA) is a medical implant certified by the Federal Drug Association (FDA), USA. It consists of a camera and processing device attached to an individuals glasses. A microchip is implanted in the individuals retina which is the processing device. The camera captures the information which is transferred to microchip which further stimulates the remaining retinal cell and assists in vision. Another implant, Alpha IMS retinal implant (Retina Implant AG, Reutlingen, Germany), CE approved has also been recommended.

What are the Complications of Retinitis Pigmentosa?

Cystoid macular edema is a complication of retinitis pigmentosa which results in build up of fluid in the macula, the central portion of the retina. This further results in decreasing the near sighted vision since the central visual field starts getting affected. Doctors prescribe medicines to clear out this fluid build up which provides symptomatic relief.

Gene Responsible for a New Incurable Eye Disorder Discovered
A new gene linked to an incurable eye disorder called retinitis pigmentosa has been discovered by a team of researchers. This family of eye diseases is known to affect more than 200,000 in the US.
READ MORE 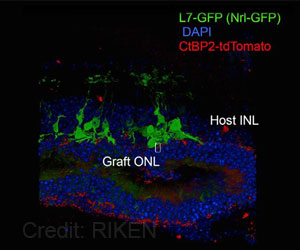 Retinitis Pigmentosa Treatment Now Possible by Reprogramming Sugar Metabolism
Vision loss associated with retinitis pigmentosa can be slowed dramatically by reprogramming the metabolism of photoreceptors, or light sensors, in the retina.
READ MORE 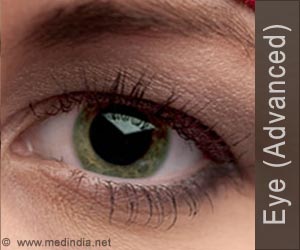