What is Pulmonary Atresia?

Since a baby born with pulmonary atresia may need surgery or other procedures soon after birth, it is considered a critical heart defect.

To understand what happens in pulmonary atresia, it would help to know in brief about the normal blood circulation.

Thus in pulmonary atresia, the impure blood from the right ventricle is unable to reach the lungs to be purified, and as a result, the tissues of the body suffer from lack of oxygen.

Alternative Routes for the Blood to Reach Lungs in Pulmonary Atresia

In pulmonary atresia, blood cannot directly flow from the right ventricle into the pulmonary artery - therefore it must use other routes to bypass the atretic pulmonary valve. 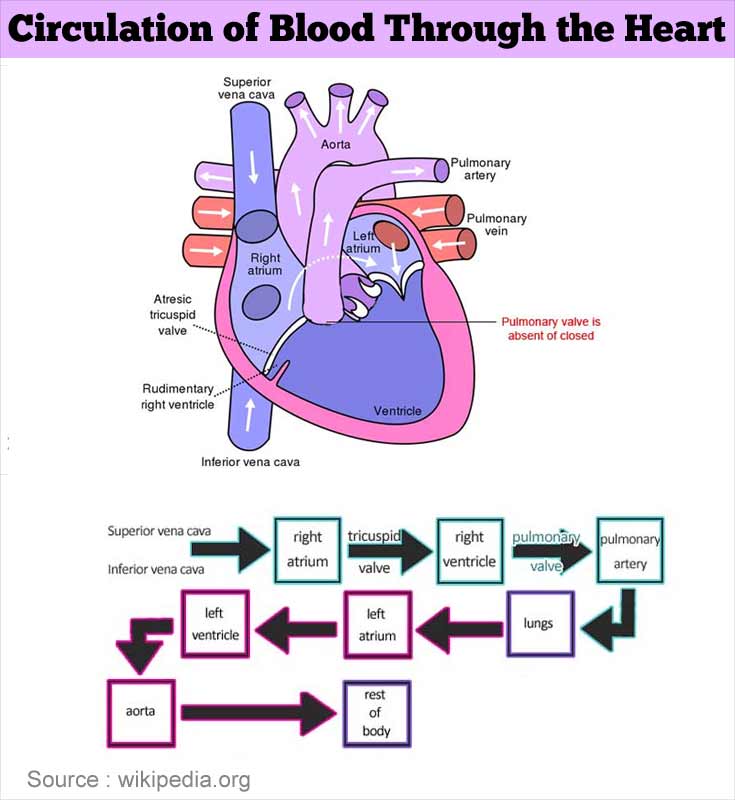 What are the Types of Pulmonary Atresia?

There are typically two types of pulmonary atresia, depending on whether or not the baby also has an associated condition called ventricular septal defect (a defect in the wall that separates the two lower heart chambers or ventricles).

Pulmonary atresia with an intact ventricular septum is a rather uncommon congenital defect. Without intervention in the first few weeks of life, it results in death in 85% of babies by six months of age.

Pulmonary atresia plus VSD accounts for 1% to 2% of all congenital heart defects with a frequency of 7/100,000 live births.

What are the Causes of Pulmonary Atresia?

Heart defects also are believed to be caused by a combination of genetic and environmental factors, such as the substances the mother comes in contact with in the environment (infections), or what the mother eats or drinks, or certain medications she takes.

What are the Symptoms and Signs of Pulmonary Atresia?

Pulmonary atresia symptoms may show up within hours to several days after birth. These include the following - 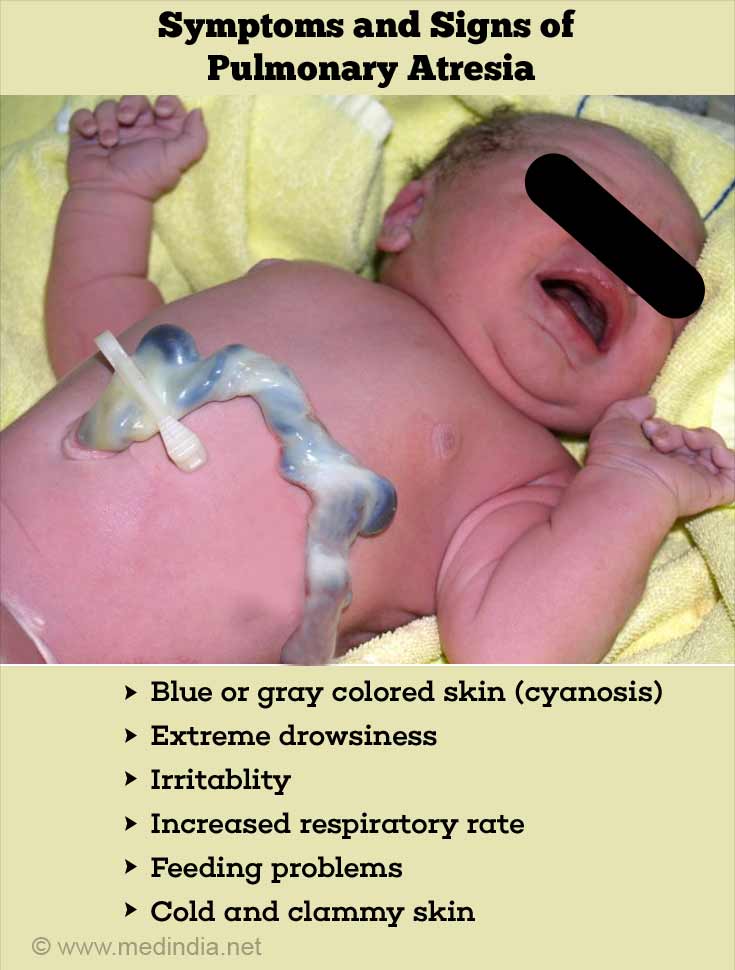 How do you Diagnose Pulmonary Atresia?

During pregnancy, an ultrasound test is done on the mother to check for congenital defects and other conditions. Pulmonary atresia might be detected during this ultrasound which is an imaging test that uses sound waves.

If pulmonary atresia is suspected, the doctor can request a fetal echocardiogram to confirm the diagnosis. A fetal echocardiogram is an ultrasound imaging especially of the babys heart and major blood vessels that is performed during the pregnancy. This test can identify defects in the structure and function of the fetal heart. 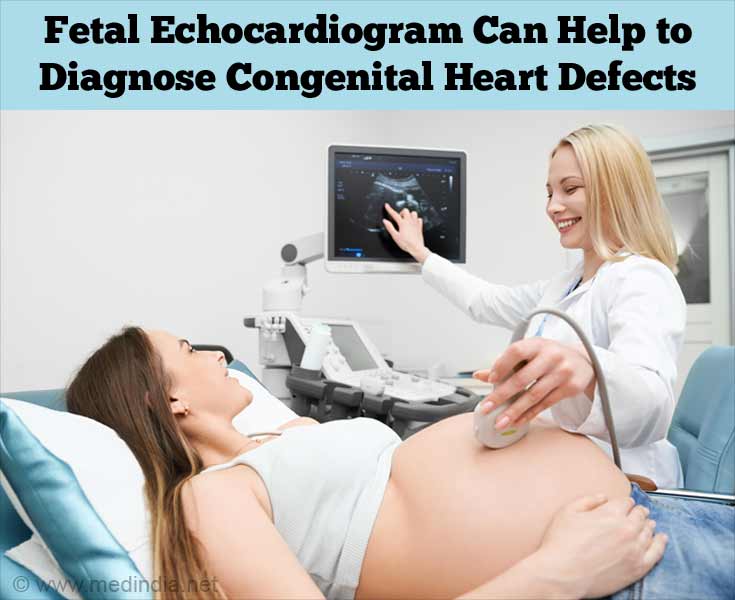 Following the birth of the baby, history given by parents and family members and physical examination conducted by the doctor may raise a suspicion of congenital heart disease.

How do you Treat Pulmonary Atresia?

The baby will need urgent medical attention once symptoms develop. The choice of procedures or surgery depends on the severity of the babys condition.

Occasionally repair may be possible by introducing a long thin flexible tube into the leg vessel and guiding it into the heart. It is a diagnostic procedure, but can also be used as an initial treatment method for certain defects.

In this procedure, the doctor applies a small amount of energy (radiofrequency ablation) or employs a wire to make a small hole at the center of the pulmonary valve and then use a balloon to widen the lumen of the valve.

A balloon can also be used to expand the natural gap (foramen ovale) in the wall between the upper two chambers of the heart. This hole usually closes shortly after birth. Enlarging it increases the amount of blood available to travel to the lungs. 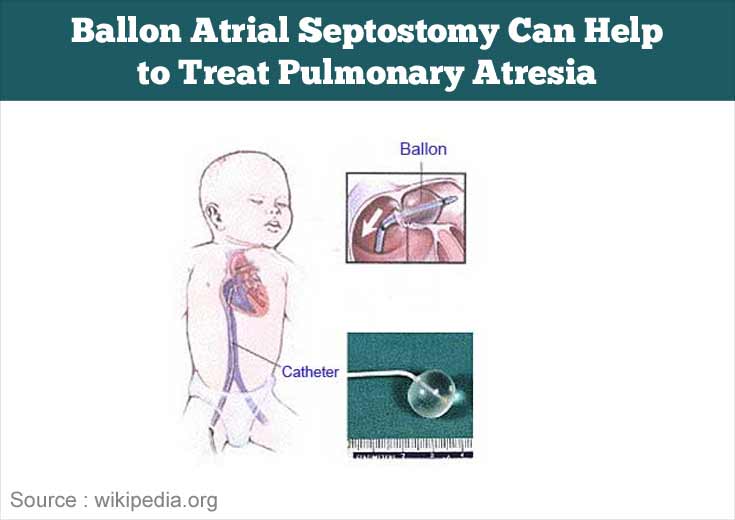 A rigid tube (stent) placed in the ductus arteriosus (which normally closes after birth) keeps it open and allows blood to reach the lungs.

If a baby with pulmonary atresia has a small right ventricle with an intact ventricular septum, a series of staged surgical procedures may be necessary where blood flow is redirected to the lungs via various surgical connections -

In cases with severe heart damage, a heart transplant may be required.

What are the Complications of Pulmonary Atresia?

Multiple Congenital Heart Defects Linked to a Single Gene Mutation
A single mutation in the GATA4 gene has found to lead to two different heart diseases that affect heart development and function.

Congenital Heart Defects
Congenital heart defects are structural abnormalities of the heart present at birth, and that affect blood flow through the heart and to the rest of the body.
Sign up for Wellness Consult a Doctor Sign up for Selfcare
Advertisement
Health Topics A - Z
A B C D E F G H I J K L M N O P Q R S T U V W X Y Z