What is Proton Therapy?

Proton therapy may seem relatively new, but the idea of utilizing energetic protons for treating cancer was first published by Dr. Robert R. Wilson in 1946 while he was involved in designing the Harvard Cyclotron Laboratory (HCL), USA. The worlds first hospital-based proton therapy began in 1990 at the Loma Linda University Medical Center, Loma Linda, California, USA. Proton therapy was approved by the US Food and Drug Administration (USFDA) in 2001. Till date, over 100,000 patients worldwide have received proton therapy and the numbers are expected to rise as more proton therapy centers become available.

Proton therapy is an option when surgery is not possible. It can re-treat tumors after recurrences and is painless. Normal, healthy, surrounding tissues receive 50-70 percent less radiation and no residual radioactivity is left in the patients body after the procedure. For example, it is used to treat brain tumors in children to limit damage to developing normal brain tissue and adult cancers in locations where serious damage to normal structures can occur such as the optic nerve of the eye.

The major drawbacks include its extremely high cost, and it is not widely available but in select medical centers only. Also enough clinical research is not available directly comparing the effectiveness of proton beam therapy to conventional radiotherapy in prolonging lives of patients.

How Does Proton Therapy Work?

Proton beam therapy uses a special machine known as a synchrotron to generate and accelerate protons to speeds up to 125,000 miles per second, equivalent to two-thirds the speed of light and energies of up to 250 million electron volts. These high-energy protons are steered by powerful magnets and the proton beam is focused into a three-dimensional (3D) configuration corresponding to the dimensions of the patients tumor. This allows the precise delivery of the proton beam at the most effective dose exactly where its supposed to go  deep into the tumor.

What Types of Cancer can be Treated by Proton Therapy?

Proton therapy is typically used for treating cancers that havent spread (undergone metastasis). The procedure is particularly beneficial for patients whose cancers are located near delicate areas as the proton beam can be precisely focused on the tumor, leaving adjacent healthy tissues unaffected. It is suitable for treating a variety of cancers, including the following:

What Happens During Proton Therapy?

1. Simulation: This is the first step, which involves gathering information to pinpoint the exact size, shape and location of the tumor and surrounding tissues using advanced imaging methods such as magnetic resonance imaging (MRI), computed tomography (CT) scan or positron emission tomography (PET). Using the images and data collected from the simulation, the radiation oncologists and medical physicists use advanced computer programs to calculate how to deliver the proton beams at the precise dose and location.

2. Positioning of Patient: Proton therapy is carried out in a special treatment room, where the patient is placed on a moveable platform. A customized immobilization device is used for keeping the patient perfectly positioned, so that the proton beam can be focused precisely on the tumor each and every time throughout the entire treatment period. The radiation oncologist will mark the area of the body that will receive the radiation. Laser lights are used to orient the patient to within a few millimeters of the tumor position.

3. Exposure to Proton Beam: Immediately before the treatment commences, the radiation therapy team will leave the room and go to a control room adjacent to the treatment room and begin the treatment. The platform slowly slides into the circular opening of the machine (gantry). The gantry can rotate 360º around the patient to direct proton beams at precise points on the patients body from any angle. During treatment, the radiation team continually monitors the patient through video cameras to assess the progress of radiation delivery. The therapists also speak to the patient through microphones to ensure that he/she is safe and comfortable. After delivery of the specified dose is complete, the computer automatically shuts-off the proton beam and the technologists re-enter the treatment room to assist the patient to remove the immobilization device.

Duration of Proton Therapy: Proton therapy treatments usually last about 30 minutes depending on the area of the body being treated. However, the actual beam of protons is delivered only for 1-3 minutes per session. Most of the time is spent in properly positioning the patient and adjusting the equipment. Typically, proton therapy patients receive treatment five days a week for approximately 4-8 weeks depending on factors such as tumor type, size and location. Most patients continue normal daily activities in-between treatment sessions.

Advanced Proton Therapy Shows Promise To Treat Lung Cancer Recurrence
More than 222,500 people will be diagnosed and 155,870 will die from lung cancer in 2017, with recurrence the primary cause of death in these patients.
READ MORE

Non-Toxic Proton Beam Therapy Can be an Effective Treatment for Medulloblastoma
Proton radiotherapy may not be as toxic to the rest of a child's body as conventional radiotherapy and can effectively treat medulloblastoma.
READ MORE 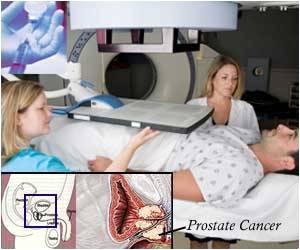 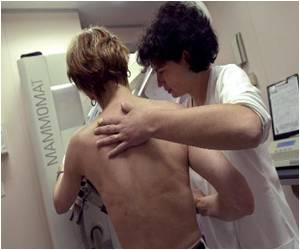 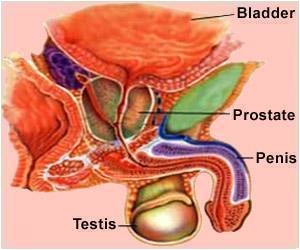