what are the chances of prostate cancer after the age of 69yrs.

The big news in oncology has been Johnson and Johnson purchasing Cougar Biotechnology for $1 billion. They have just bought promising prostate cancer compound, abiraterone.

So look out for this oral drug.

Dr.Shroff
The data hasn't even been announced at ASCO yet, that's this weekend coming, so one can only speculate that suitors got a sneak peek of the data under an NDA. A billion dollars certainly gets attention and raises the ante for future small oncology biotech deals.

Interactive section of Medindia explains the journey of the sperm from testis to the outside world.

This is the most controversial cancer in both treatment and diagnosis. Read interesting facts about this cancer.

Cancer, is the second most leading cause of death worldwide. Cancer is not just one disease but many diseases. There are more than 100 different types of cancer. Take this quiz on and test how much you know about ...

An ideal tumor marker for a cancer should be specific to that cancer and not generate false positive results.

Hematuria is a condition marked by the presence of red blood cells (erythrocytes) in the urine. The bleeding may occur just once or it may be recurrent.

Prostate cancer is fast gaining as a common cancer form among men; more threatening since its symptoms often go unnoticed until it's too late. This quiz tests your knowledge on prostate cancer, its diagnosis and treatment options and is as ...

Prostatitis is a painful inflammation of the prostate gland. Use this anonymous test to find out if you have symptoms of prostatitis and calculate the severity of the symptoms.

Abscess found in prostate gland, its diagnosis and treatment are explained in this video.

Prostate cancer is a cancer that forms in tissues of the prostate. It is the second most common cancer in men worldwide. Read Medindia's facts on Prostate cancer.

Prostate cancer is the second most common cancer in men after skin cancer and it is the sixth leading cause of death in men worldwide.

Learn about two different types of brachytherapy used for treating prostate cancer. Get information on the latest advances in the field.

Decipher test a genomic test for prostate cancer that determines the aggressiveness of the cancer and helps in planning the treatment course for the cancer.

Radical prostatectomy is a surgical procedure that involves removal of the prostate gland and seminal vesicles for the treatment of localized prostate cancer.

Prostate cancer is fast gaining as a common cancer form among men; more threatening since its symptoms often go unnoticed until it's too late. This quiz tests your knowledge on prostate cancer, its diagnosis and treatment options and is as ...

Prostate cancer is the main cause of cancer death in men. One of the treatment method includes prescribing chemotherapeutic or hormonal drugs. These are prescribed depending on the type and stage of cancer. 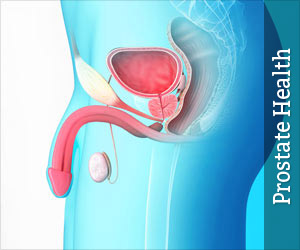 Abarelix is used to treat prostate cancer for reducing the symptoms and to increase the quality of life in patients.Abarelix ...

Abiraterone acetate is used along with prednisolone (corticosteroid) for treating a type of prostate cancer called ...

Apalutamide is a nonsteroidal antiandrogen agent or an androgen receptor inhibitor which is prescribed to treat adult male ...

This medication is a non-steroidal anti-androgen, prescribed for prostate ...

This medication is a gonadotropin-releasing hormone agonist, prescribed for prostate cancer and breast ...