Perimenopause is a transition phase which lasts until menopause. The falling estrogen levels cause early menopause symptoms such as irregular periods and hot flashes.

Perimenopause is a transition phase which begins several years before menopause. Perimenopause means around menopause. Many of the symptoms you experience are because of decreasing levels of the hormone estrogen

Perimenopause usually starts around forty years of age and lasts until menopause, the time when the ovaries stop releasing eggs. Perimenopause ends when a woman has not had periods for at least twelve months.

In the last one to two years of perimenopause, the estrogen levels are very low and many women experience menopausal symptoms such as hot flashes. Since, women are still having menstrual cycles during this time, they can still get pregnant. For most women, perimenopause is a completely normal process and may last from few months to few years.

During the perimenopausal transition, the bodys production of hormones, estrogen and progesterone varies greatly. This results in the bones becoming more vulnerable to fractures and changes in fat cells makes women gain weight more easily.

What are the Causes of Perimenopause? 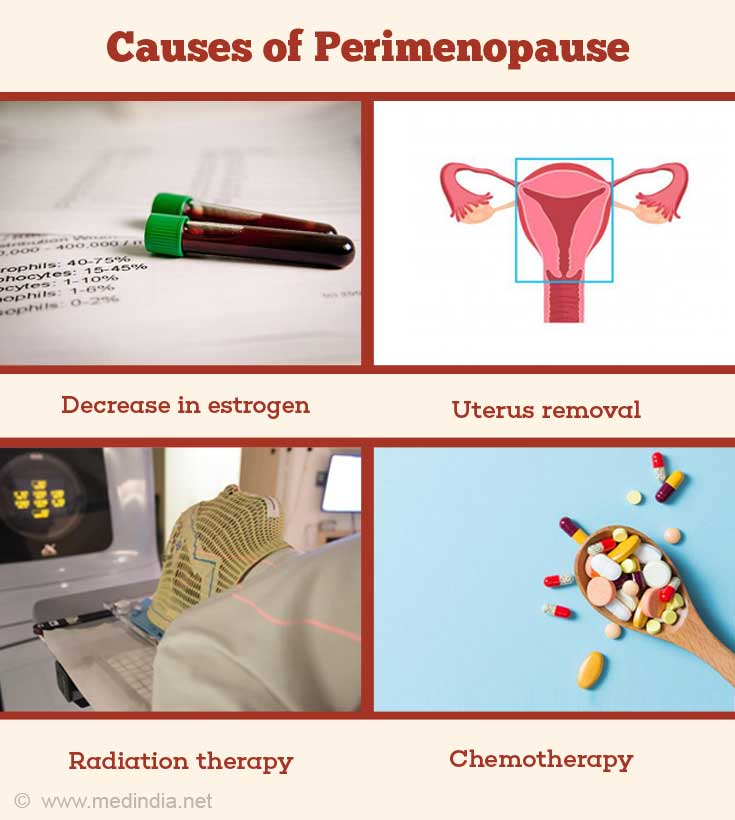 What are the Symptoms & Signs of Perimenopause? 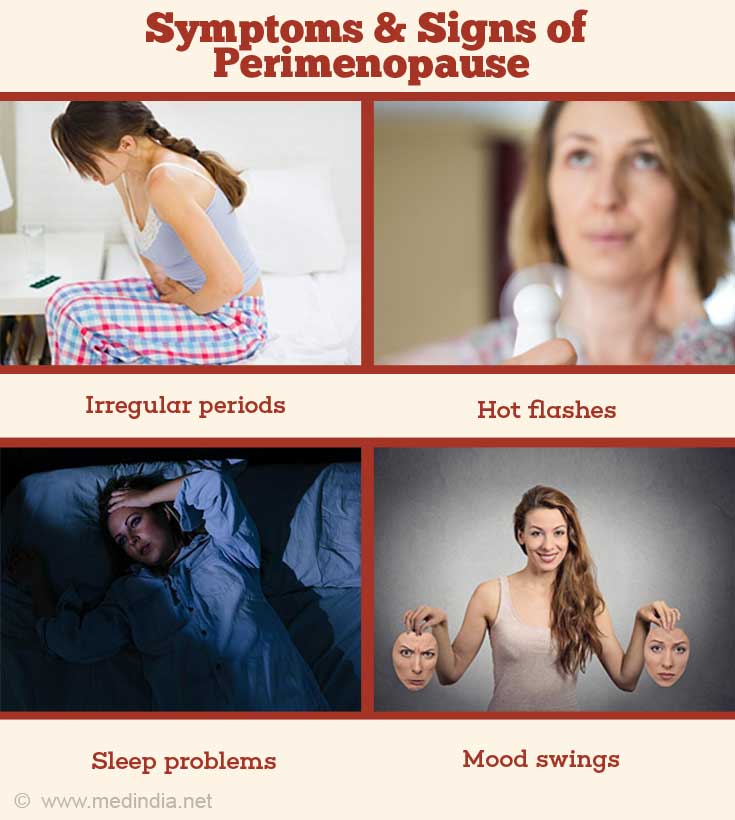 What are the Consequences of Perimenopause?

How do you Diagnose Perimenopause?

The doctor will mostly make the diagnosis of perimenopause based on your symptoms. A blood test to check your levels of follicle stimulating hormone (FSH) and estrogen may also be advised.

How can you Treat Perimenopause?

Some women pass through the perimenopause phase without any problems and do not require any treatment but if your perimenopausal symptoms trouble you, the following treatments may be suggested:

Latest Publications and Research on Perimenopause

Psychological Symptoms of Menopause
Fluctuating levels of hormone cause physical changes during perimenopause and this results in psychological symptoms of menopause.

Menstrual Periods
An understanding of the causes of menstrual period abnormalities is necessary for correct diagnosis and effective treatment.