Pellagra is a disease that occurs due to the deficiency of vitamin B3 or niacin. Symptoms include skin redness, loss of appetite, anorexia nervosa and tongue inflammation

Pellagra used to be common before foods were fortified with niacin. Nowadays it is seen only sporadically and especially in countries where diet is mainly corn based such as Africa, China and India.

What are the Causes/Risk Factors of Pellagra?

The single-most major risk factor for niacin deficiency is the consumption of maize. People who rely solely on maize as a staple food in their diet are particularly at risk of pellagra. Importantly, corn is also low in niacin and tryptophan. Alcohol can aggravate the symptoms of pellagra and lead to complications. Patients on antibiotics like isoniazid and rifampicin, as well as diabetic patients are at a higher risk of niacin deficiency.

What are the Symptoms and Signs of Pellagra?

General symptoms of pellagra include loss of appetite, anorexia nervosa, weakness and fatigue, and tongue inflammation (beefy red tongue). The cardinal features of pellagra include a triad of symptoms involving the skin, gastrointestinal tract and the nervous system. These are briefly highlighted below:

The dermatological symptoms are the most prominent in pellagra. Reddening of the skin resembling a sunburn (sun allergy) occur on the exposed parts of the body. These include the hands and forearms up to the shirt sleeves that resembles a glove (termed pellagra gloves). Other parts include the feet and legs, the forehead, and on the nose and cheeks in a butterfly-like pattern. A characteristic pattern of lesion resembling a necklace, termed as Casals necklace, can be seen around the neck.

Pellagra dermatitis is characterized by a clear zone of demarcation between the affected and normal skin. The erythema is accompanied by burning and itching sensation; scaling and exfoliation can begin from the centre of the lesion and spread towards the periphery. The affected skin is usually hyperpigmented.

The skin may become thickened, scaly, and cracked, through which blood may ooze. Skin lesions on the surface of the lips, gums and tongue can become sore and start to peel. Importantly, the skin lesions affecting the scalp can result in alopecia.

Over half of the patients who suffer from pellagra experience severe diarrhea. Inflammation along the entire gastrointestinal (GI) tract, resulting in chronic gastritis, and accompanied by bacterial infections, can aggravate the diarrhea and also cause anemia. Abdominal cramps, burning sensation above the stomach (resembling heartburn), excessive salivation, nausea and vomiting can occur.

Poor appetite, coupled with difficulty in swallowing can lead to malnutrition. Cheilosis and angular stomatitis can also be seen in niacin deficiency.

The initial stages exhibit a psychoneurotic manifestation. These can manifest as irritability, insomnia, confusion, disorientation, anxiety, delusions, depression, and psychosis.

In the later stages, mental aberrations may undergo a transition to dementia. Research studies have found that about 4-10% of chronic pellagra patients develop mental symptoms. Peripheral neuritis has been reported in some pellagra cases. Other symptoms include headache, ataxia, and even paralysis. In acute niacin deficiency an encephalopathy is found which closely resembles Wernicke's syndrome.

In the terminal stage, the patient can slip into coma, and if left untreated, can eventually die.

How do you Diagnose Pellagra?

The main criteria for diagnosing pellagra include the following:

Patient history can reveal a dietary deficiency of niacin and tryptophan, a precursor of nicotinic acid.

Clinical manifestations characteristic of pellagra include the following:

Blood and urine tests can support the clinical observations and clinch the diagnosis of pellagra. Low levels of serum niacin, tryptophan, NAD, and NADP can indicate niacin deficiency. Estimation of the levels of urinary excretion of products of niacin metabolism, primarily N1-methylnicotinamide (N1-MN) and 2-pyridone, can reflect the status of niacin in the body.

How do you Treat Pellagra?

How do you Prevent Pellagra?

The under-mentioned strategies can be adopted for the prevention of pellagra:

Consumption of a Balanced Diet: A balanced diet is the most effective way to prevent niacin deficiency, as well as that of other vitamins in the B-complex class. The following foods are particularly rich sources of the B-complex class of vitamins: fish, chicken, beef liver, milk and milk products, beans, and fortified soy milk.

Food Fortification: When the major staple food is maize (which lacks niacin), there is a need for fortification of the maize meal with niacin.

Vitamin Supplementation: Provision of niacin in the form of vitamin B-complex tablets is required for prevention and treatment of pellagra.

What are the Complications of Pellagra?

The major complications of pellagra are neuropsychiatric in nature such as dementia, which can quickly slip into coma and if left untreated, will eventually lead to death.

Latest Publications and Research on Pellagra 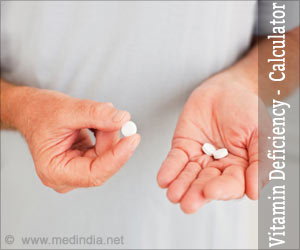 Vitamin Deficiency Calculator
Vitamin deficiency is one of the major factors causing various diseases and conditions. Use this tool to know the vitamin that is deficient for any particular disease or condition.
READ MORE 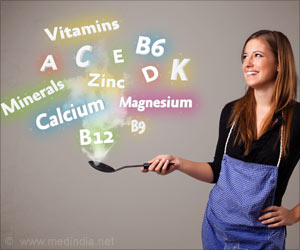 Hartnup Disease
Hartnup disease, named after the Hartnup family in England is an inherited disorder leading to abnormal absorption and excretion of certain amino acids. The disease chiefly affects the skin and the brain.
READ MORE