Nystagmus is a condition where one or both eyes make rapid, repetitive and uncontrolled movements. It is derived from the Greek word Nmstagmos, which denotes the nodding movements of the head due to drowsiness. The prevalence of nystagmus was found to be 24 per 10000 people.

What are the Types of Nystagmus?

Nystagmus is of two main types, depending on the onset of the condition.

Physiological nystagmus, which is a normal phenomenon, may also occur. It appears after 6 months of age, and may be present at extreme positions of gaze, or when the eyes follow a fast-moving object.

The eye movements are controlled by the brain (brainstem or cerebellum) and the vestibular system of the inner ear (which is also involved in balance). Problems in the brain, inner ear or the nerve pathways connecting them to the eye could result in nystagmus.

Acquired nystagmus occurs due to conditions that appear later in life. These include:

What are the Symptoms of Nystagmus?

Symptoms of nystagmus include the following:

How is Nystagmus Diagnosed?

Nystagmus is diagnosed based on:

Tests to check the vestibular system and the neurological system

What are the Complications of Nystagmus?

Complications of nystagmus include the following:

How is Nystagmus Treated?

Treatment of nystagmus depends on the underlying cause. It may be conservative, medical or surgical.

2. Medical: Gabapentin, memantine and baclofen have been found to benefit patients with nystagmus. Botulinum toxin can be injected into the eye muscles. It paralyses the external eye muscles leading to reduction in nystagmus. The results are temporary and the injections need to be repeated every few months.

3. Surgical: Space occupying lesions like tumours which may be responsible for the symptoms can be surgically removed. To shift the null point to the primary position, resections of the external eye muscles can be done. This helps in many ways  it benefits the cosmetic appearance of the patient, reduces any associated neck pain due to abnormal positioning of the head and helps to correct the co-existing astigmatism which may be seen in some patients. Surgery can also be performed to correct squint.

How to Prevent Nystagmus?

Latest Publications and Research on Nystagmus

How can we Diagnose Vertigo?
Vertigo is diagnosed with the help of patient's history and physical examination.
READ MORE 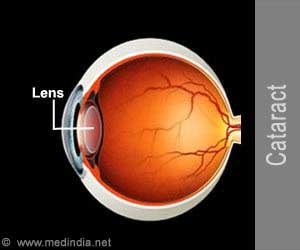