Written by Dr. Lakshmi Venkataraman, MD
Medically Reviewed by The Medindia Medical Review Team on May 31, 2017

What are Myelodysplastic Syndromes?

In a normal bone marrow, the precursors (stem cells) of blood cells, namely the red cells, white cells (especially the neutrophils) and the platelets undergo a process of maturation and form mature cells which get released into the peripheral blood. The process of formation of mature blood cells from precursors in the marrow is referred to as hematopoiesis.

What are the Types of Myelodysplastic Syndromes?

Among the MDS types, RARS is associated with an overall good prognosis.

What are the Causes and Risk Factors of Myelodysplastic Syndromes?

In general, the secondary forms of MDS are more difficult to treat and carry a poor prognosis, though there may be variations. In contrast primary MDS is easier to treat.

What are the Symptoms of Myelodysplastic Syndromes?

MDS develops gradually and rarely is symptomatic in the early stages. With progression, the clinical features are related to low levels of mature cells (cytopenias) in the peripheral blood, namely anemia (low RBCs), leucopenia (low WBCs) and platelets (thrombocytopenia).

How do you Diagnose Myelodysplastic Syndromes?

MDS is usually a diagnosis of exclusion and obtaining a detailed history of the patient. Physical examinations and tests are essential to rule out other conditions such as renal failure, chronic infections, aplastic anemia, medications and alcohol ingestion.

If the diagnosis is suspected clinically, further tests such as blood tests and bone marrow tests including cytogenetics are done to confirm the diagnosis.

It should be emphasized that every case should be classified according to the WHO criteria mentioned above and prognosis of each case assessed by the International Prognostic Scoring System (IPSS).

During a bone marrow aspirate, a needle is introduced into the marrow usually on the back of the hip bone. A small amount of liquid marrow is drawn out and spread on a glass slide for microscopic analysis.

Alongside a bone marrow aspirate, a piece of bone may also be removed (bone marrow biopsy) and examined to assess for any abnormality.

Bone marrow biopsy is useful when the aspirate is dry and shows scant cells (hypocellular). It is thus useful in making a diagnosis of hypoplastic or fibrotic MDS. In addition, a bone marrow biopsy may show evidence of fibrosis and carry prognostic value.

Clonal chromosomal abnormalities are noted in about 70% of the cases at diagnosis depending on the subtype and whether it is primary or secondary MDS. Even in those patients with a normal clonal karyotype at diagnosis, abnormal clones can develop during the course of the disease usually indicating a graver outcome.

There are several cytogenetic abnormalities associated with MDS that affect the outcome of the disease in different ways. Some of the common abnormalities include −7 or del(7q), −5 or del(5q), i(17q) or t(17p), −13 or del(13q), and del(11q).

Cytogenetic abnormalities carry the highest prognostic weight as per the Revised-IPSS.

How do you Treat Myelodysplastic Syndromes?

The management of MDS varies depending on the IPSS risk score, degree of cytopenias, type of cytogenetic abnormality and degree of immature precursors. High risk MDS necessitates more aggressive management.

Medications such as Azacitidine (Vidaza) and Decitabine (Dacogen) reduce the risk of progression to acute myelogenous leukemia and may improve the quality of life of people with certain types of MDS.

If there is isolated del(5q) associated MDS, the doctor may recommend Lenalidomide (Revlimid). Lenalidomide decreases need for blood transfusion in these patients.

Allogeneic bone marrow transplant might be considered as an option in high risk MDS as the only potentially curative measure. All high risk MDS patients less than 70 years should undergo evaluation and HLA typing and matching with a suitable donor preferably a sibling or a suitably matched unrelated donor.

The major argument against bone marrow transplant in the elderly patients would be nderlying co-morbidities and the state of their general health.

What is the Prognosis of Myelodysplastic Syndromes?

The prognosis of MDS is determined in each case by analyzing pre-defined parameters and assigning a score to it. Based on the scoring system, MDS is classified into 5 risk groups, namely, very low, low, intermediate, high and very high risk with clear differences in the rate of progression to AML and overall survival.

The parameters assessed in the scoring system include bone marrow cytogenetics, marrow blast percentage, and degree of cytopenias.

Patient age, performance status, serum ferritin, and lactate dehydrogenase are important additional features for survival but not for transformation into AML. 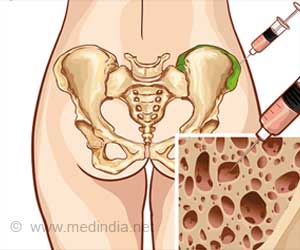 Acute Myeloid Leukemia - Classification
There are different types of leukemia, depending on the type of WBC they arise from and on the stages that these cells pass through as they mature.
READ MORE