Occurs when you are doing routine tasks such as driving, cooking or washing dishes. Find out if it good or a bad thing.

What is Mind Wandering?

Mind wandering is a spontaneous shifting of attention of thoughts from a primary task that can happen in varying degrees. It is an unintentional and unrelated shift that occurs where the mind tends to regale in varied thoughts which can disrupt the ongoing task performance.

However, recent research indicates that deliberate mind wandering can be used to alleviate boredom or generate creative ideas.

There is a marked resemblance between symptoms of mind wandering and mental illnesses such as schizophrenia [a serious mental illness which impacts a persons ability to perceive the world around them] and ADHD [Attention deficit hyperactivity disorder]. This could be due to the fact that similar areas of the brain cortex are involved.

What are the Causes of Mind Wandering?

The exact causes of mind wandering are not yet understood. Researchers say that a network of neurons called the default mode network (DMN) in the brain had been associated with mind wandering. The default mode network is a large scale brain network of interacting brain regions in the areas of the cortex, especially the cingulate gyrus which deals with emotions and behavior. This network is most active when a person is resting and when no external tasks demand a persons attention. The default mode network consistently decreases its activity when compared with activity during demanding tasks. These networks are very similar across all age groups.

The discovery of the default mode network has reignited a longstanding interest in the better understanding of the brain's ongoing intrinsic activity.

Advertisement
Ongoing studies of the brain's intrinsic activity, popularly referred to as resting state studies are providing a better understanding of the changes in the function and structure of the human brain in health and disease. Changes in the default mode network have been linked to different diseases such as Alzheimers disease, schizophrenia, bipolar disorder, post-traumatic stress disorder, depression and many more.
Advertisement

What are the Symptoms of Mind Wandering? 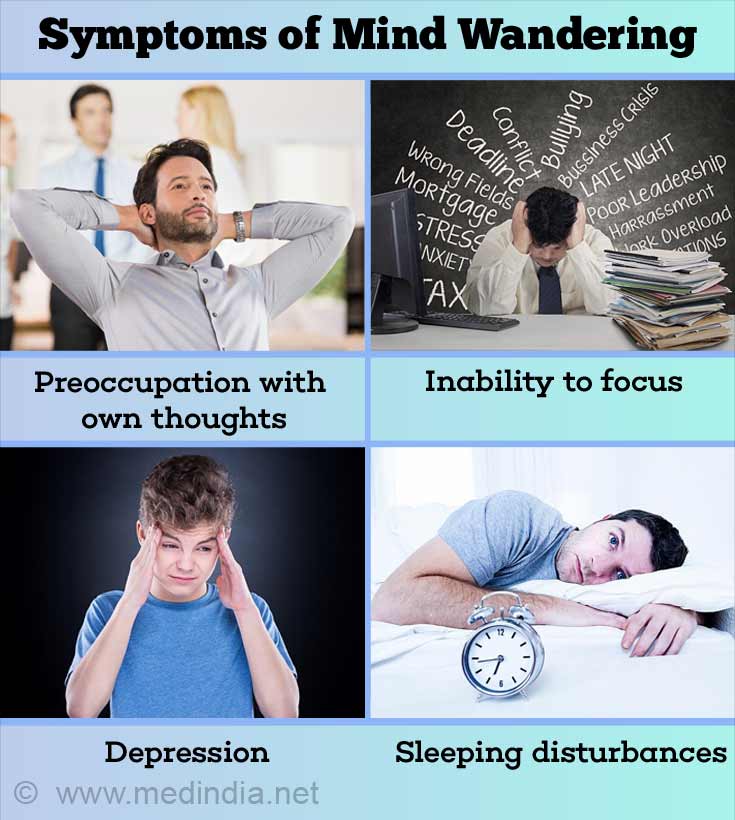 How do you Diagnose Mind Wandering?

Normally, a doctor will record the patients complete medical history with special focus on mental symptoms to rule out other anomalies. A routine physical checkup is also done. Previously, diagnosis was based on a psychologists assessment, but the following tests, which help aid diagnosis, are more accurate.

Functional Magnetic Resonance Imaging or fMRI is a non- invasive way to assess brain functioning. The test uses MRI changes associated with brain activity to identify brain areas with corresponding mental behavior. It is used to measure the metabolic changes in the brain.

When an area of the brain is in use, blood flow to that region also increases along with an increase in neuronal activity. Interestingly, similar brain patterns are also associated with reduced receptiveness to external stimuli. Psychologists are starting to use functional magnetic resonance imaging to observe changes related to mind wandering in the brain and reduce their reliance on verbal reports.

The Imaginal Processes Inventory developed by Jerome Singer and John Antrobus provides information on the daydreaming characteristics of an individual. It is a questionnaire which assesses the experience on three dimensions: 1) how vivid the person's thoughts are 2) how many of those thoughts are guilt or fear based and 3) how deep into the thought process a person goes. This method helps in providing data without embarrassment to the person as they may have difficulty in verbally describing them. 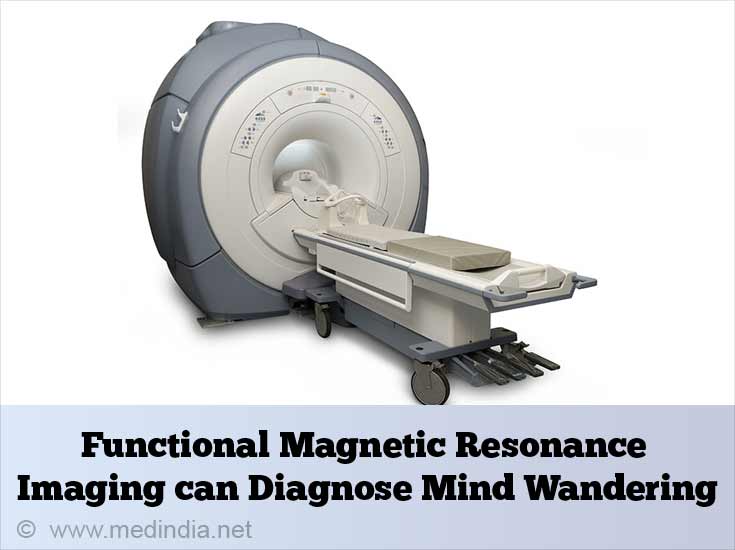 How do you Treat Mind Wandering? 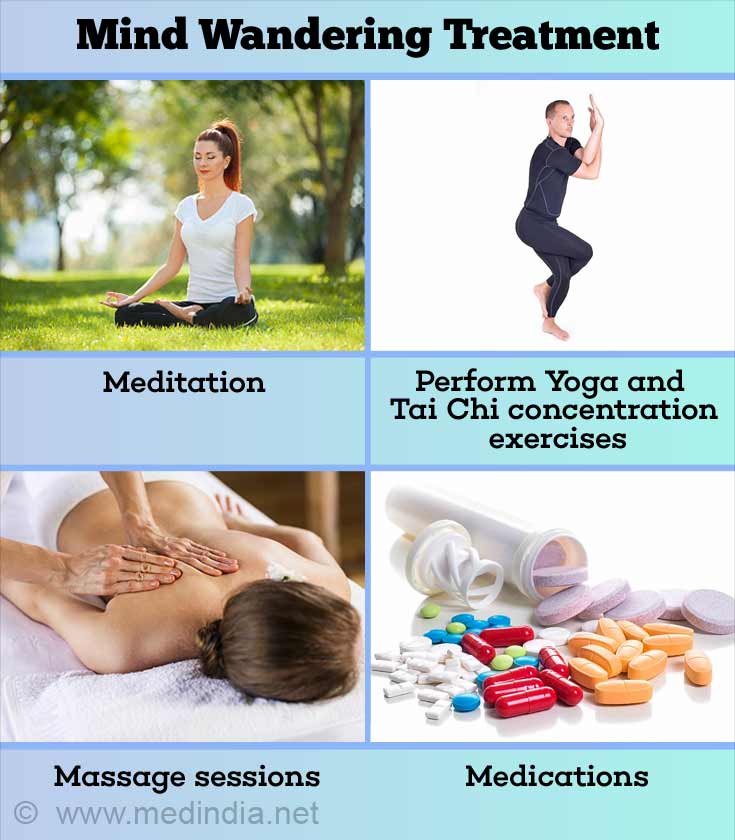 How do you Prevent Mind Wandering?

Latest Publications and Research on Mind-wandering

Daydreaming may be a sign That Your Smart, Says Study
Brain study suggests mind wandering at work and home may not be as bad as you might think, it may be an indication of your creativity.