Marasmus is a condition of chronic malnutrition caused by a diet deficient in calories and proteins. Loss of body fat and muscle tissue leads to a "skin and bones" appearance.

Marasmus is a condition of chronic malnutrition or an inadequate nutritional diet occurring especially in children where there is significant wasting of fats, muscles and tissues of the body. Marasmus is caused by a diet deficient in calories and proteins and can affect both young children and adults especially in Africa and Southern Asia where there are famines and a constant scarcity of food supply.

Marasmus occurs commonly in children of one to three years, with children less than one year affected more than other age groups. Children with marasmus mostly do not have enough food to eat or the food eaten is not meeting the demands of the body.

Marasmus is also referred to as wasting as it is mostly identified by the affected person's physical appearance. The loss of body fat and muscle tissue leads to a withered appearance and being skeletally thin often described as looking like "skin and bones."

What are the Causes of Marasmus? 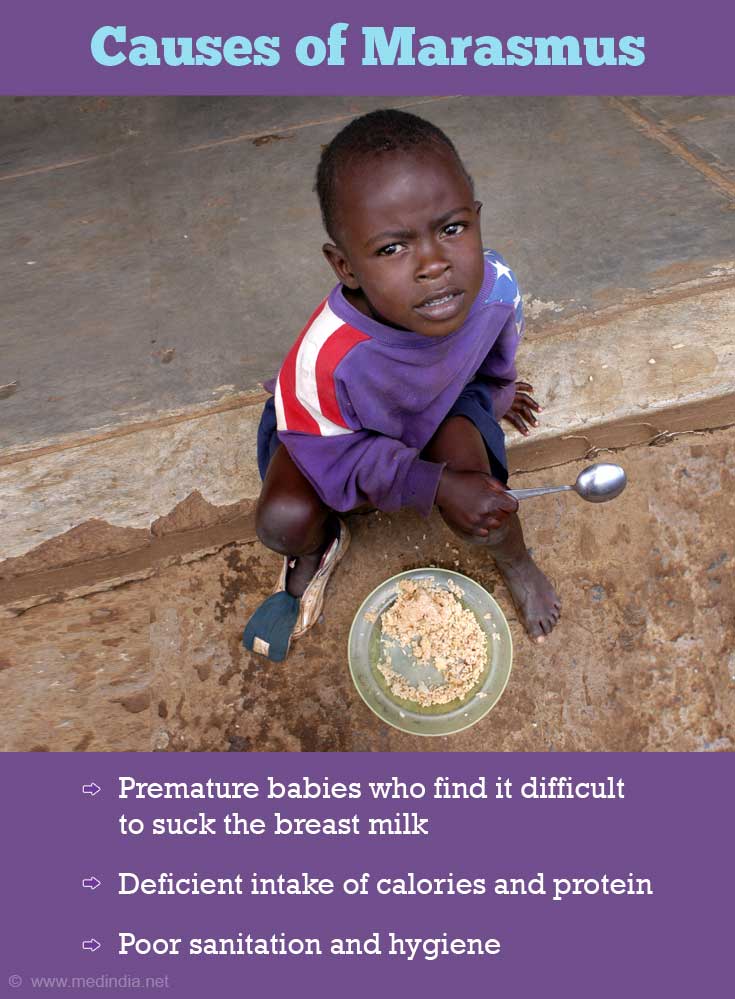 What are the Signs and Symptoms of Marasmus? 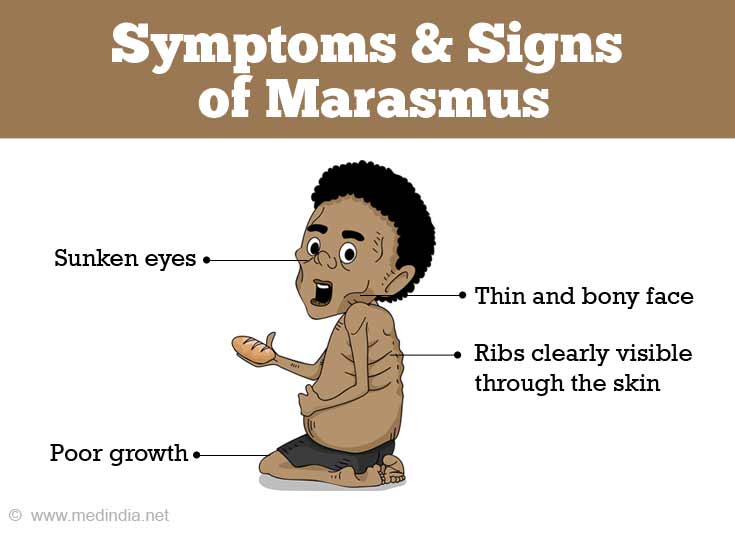 How do you Diagnose Marasmus?

Marasmus is usually diagnosed by clinical examination and evaluation. This is usually sufficient for diagnosis. Basic measurements, such as height and weight, can help diagnose if a child has marasmus. When those measurements are well below what is expected of a healthy child of the same age and sex, marasmus should be considered. However, laboratory tests such as blood glucose, hemoglobin, urine and stool tests might help rule out other conditions and confirm the diagnosis of marasmus.

How do you Treat Marasmus? 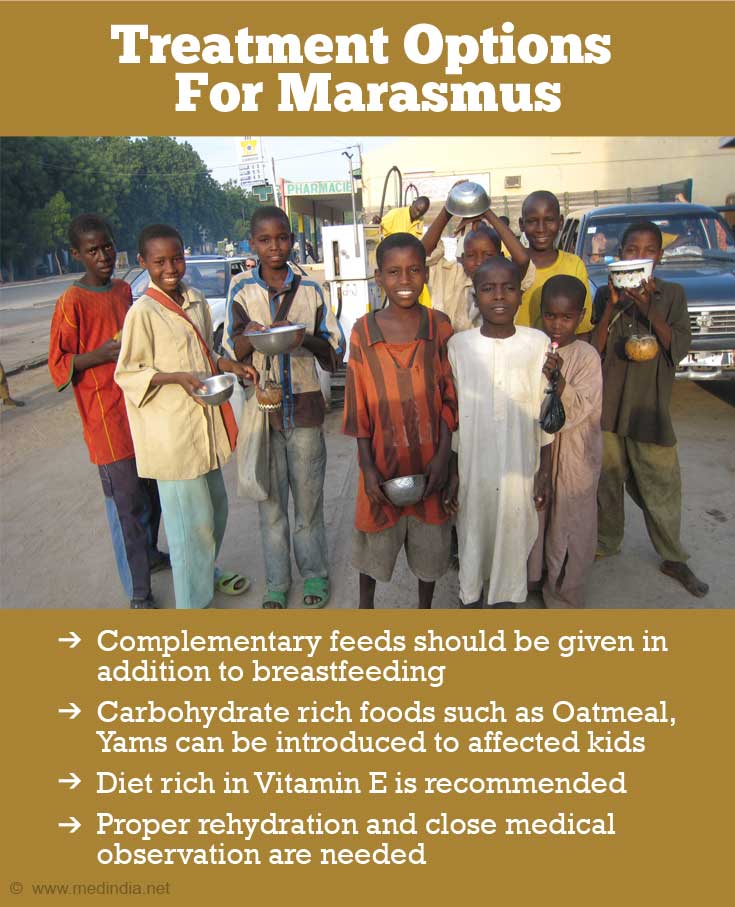 How to Prevent Marasmus?

Brittle and Dry Hair - Symptom Evaluation
Is your hair dry and brittle? Are you facing hair-loss problems? It is an early symptom or sign of thyroid problem or due to poor nutrition. Other causes are less prevalent.

Kwashiorkor (Protein Malnutrition)
Kwashiorkor is caused by severe protein malnutrition and is characterized by collection of fluid (edema) in the legs and belly. Kwashiorkor can be prevented by consuming a nutritious diet.
Sign up for Wellness Consult a Doctor Sign up for Selfcare
Advertisement
Health Topics A - Z
A B C D E F G H I J K L M N O P Q R S T U V W X Y Z