Malaria is a dangerous disease that can be prevented with the right protective measures. Learn some effective strategies to control and prevent malaria.

How Can You Protect Against Malaria?

Malaria is an endemic problem in some countries including India and if not diagnosed and treated in time, can cause undue morbidity and sometimes also have a lethal outcome.

Educating the masses on how to protect against this endemic problem is of paramount importance and should be part of the curriculum in the educational activity for all health workers in the country.

Protection against malaria can be at three levels  personal, household and community:

Protecting Your Home and Self: Many measures are available. Some common ones are listed below:

Protecting Your Community: Several public health interventions can be used to protect the community as a whole against malaria. These include the following:

The word malaria derives from the Italian contraction of mala (bad) and aria (air) meaning bad air, as it was initially believed to be caused by foul air emitted from swamps. The word was possibly first used by the Italian physician Francisco Torti around 1740.

However, with advancing knowledge, the above notion was disproved and it was discovered that malaria is a protozoal disease, caused by the parasite Plasmodium. There are four major species of Plasmodium  P. falciparum, P. vivax, P. malariae, and P. ovale, of which P. vivax is the most prevalent in India and P. falciparum is the most dangerous as it can cause cerebral malaria, which can lead to brain damage, often resulting in death.

How is Malaria Transmitted?

Malaria is spread by the bite of infected female Anopheles mosquitoes. The plasmodia enter the body of humans during the mosquito-bite and infect the red blood cells (RBCs) and the liver. The parasites mature into other forms and are subsequently taken up by another mosquito and spread further. Thus, the infection continues in a cyclic manner, alternating between the mosquito vector and human hosts.

What are the Symptoms of Malaria? 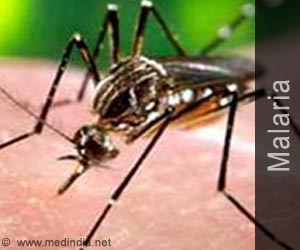 Malaria control measure
Personal Prophylaxis Destruction of Larva/Anti-larval measures and use of Pyrethrum spray to control the proliferation of mosquitoes.
READ MORE 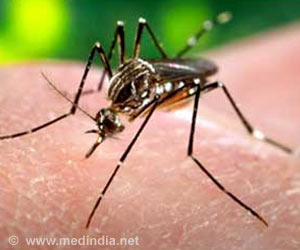 Malaria
Malaria is caused by a parasite that enters blood through the bite of an infected mosquito. It is characterized by fever, vomiting, shivering, sweating and other symptoms.
READ MORE
Sign up for Wellness Consult a Doctor Sign up for Selfcare