What is Liver Cirrhosis?

Liver cirrhosis is a form of advanced liver disease where the liver becomes dysfunctional with the formation of scar tissue and nodules.

The liver is one of the most important organs of our body. It is a large organ located just below the ribcage on the right side of the abdomen. It performs multiple functions  production of bile, processing of food, detoxification of blood, formation of clotting factors, and providing immunity from diseases. Thus, diseases affecting the liver have a wide range of consequences throughout the body.

What are the Causes of Liver Cirrhosis?

Liver or hepatic cirrhosis occurs due to chronic damage to the liver resulting in the formation of scar tissue. The liver tries to regenerate to replace the damaged cells, which however are replaced by scar tissue instead, giving the cirrhotic liver a nodular appearance. As more scar tissue replaces functional liver tissue, the patient can go into liver failure due to inability of the remaining liver to perform all the functions.

In some cases, the cause of liver cirrhosis is not known. Others may be due to one of the following causes: 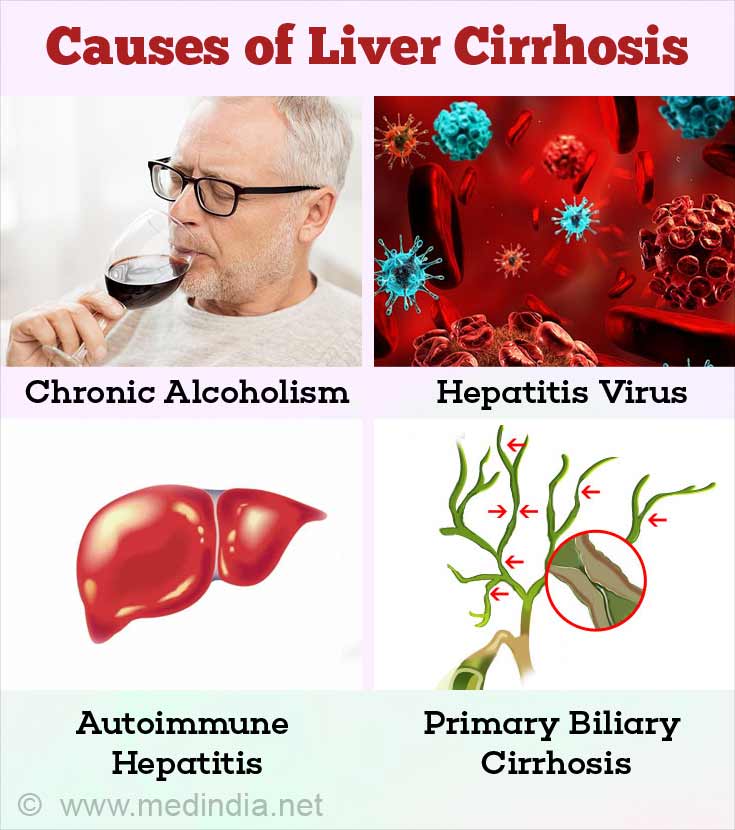 What are the Signs and Symptoms of Liver Cirrhosis?

Symptoms and signs of liver cirrhosis include the following: 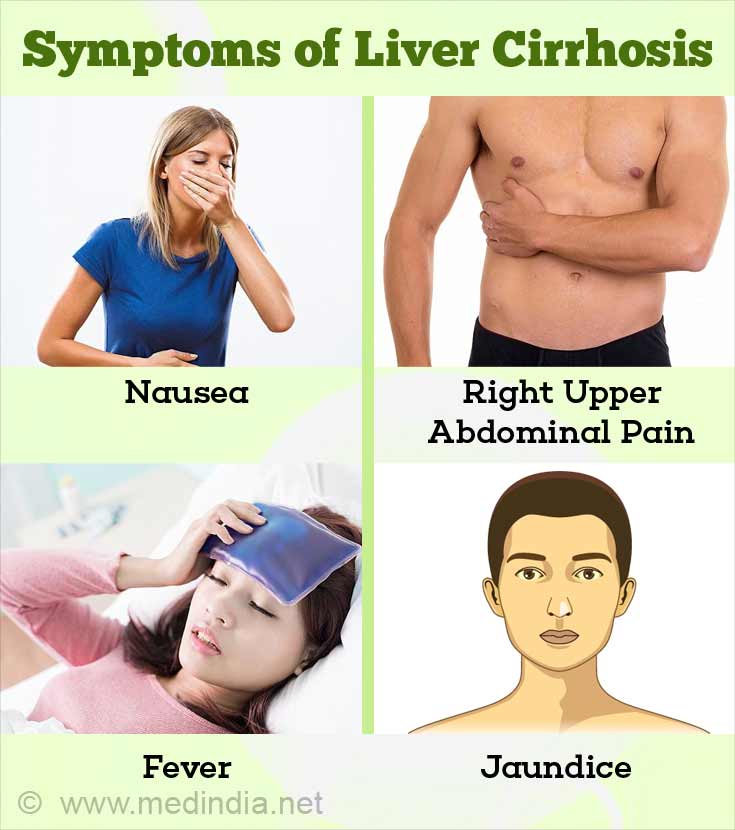 What are the Complications of Liver Cirrhosis?

Portal hypertension is a common complication associated with liver cirrhosis. The portal vein connects the digestive tract and the spleen to the liver. Scarring of the liver causes high pressure in the portal circulation, which could result in the following:

Other complications of liver cirrhosis include the following: 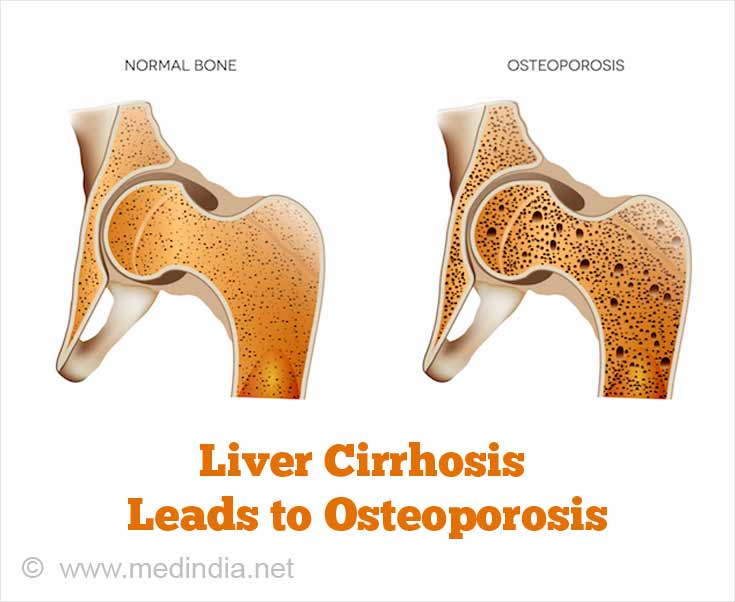 How do you Diagnose Liver Cirrhosis?

The patient may give a history of alcoholism or some other cause of liver disease. Tests which help in the diagnosis of liver cirrhosis include the following:


Blood tests should also be carried out to detect complications of cirrhosis such as renal failure. 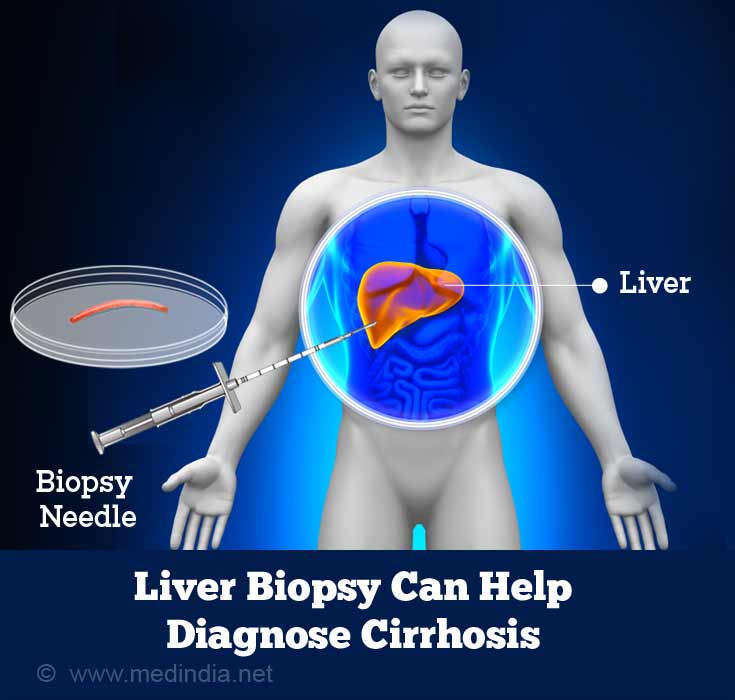 How do you Treat Liver Cirrhosis?

The scarring of the liver cannot be reversed. The treatment aims at preventing further progression of the underlying disease and controlling the symptoms and preventing complications.

Treatment of the underlying cause:

Treatment of the complications of cirrhosis:

How can you Prevent Cirrhosis?

Cirrhosis can be prevented taking the following steps: 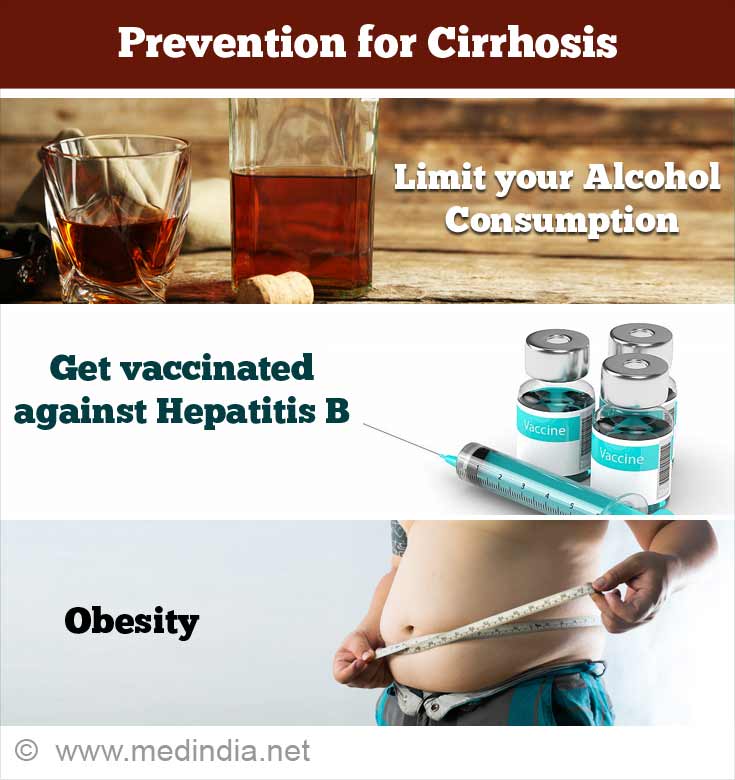 Home Remedies To Get A Healthy Liver
A healthy liver means good health. But in case of liver diseases home remedies can also prove useful. These natural home remedies if consumed on a regular basis can help keep the liver healthy.

Biliary Cirrhosis
Biliary cirrhosis occurs due to obstruction to the flow of bile through bile ducts either within the liver or outside the liver.