Li Fraumeni syndrome is a rare inherited condition with an increased risk of getting cancers at a younger age. It is due to a mutation in the TP53 tumor suppressor gene

Li Fraumeni syndrome (LFS) is a type of inherited cancer syndrome. In this condition, the increased risk for developing certain types of cancers runs in families. The cancers tend to occur at a younger age compared to the general population.

It is extremely rare and till date the condition has been identified in 1000 families (comprising many generations in each) worldwide. Inquiries on the LFS association website have received responses from about 172 countries so far.

LFS was first described in 1969 by Drs. Frederick Li and Joseph Fraumeni, Jr., while working on childhood and familial cancers at the National Cancer Institute. They described four families having a history of several early-onset cancers in childhood and teens. In 1982, scientists in the UK were the first to term the condition Li-Fraumeni syndrome in a publication where they described two families with multiple forms of cancer in young individuals.

In a major /peakthrough in 1990, inherited (or germline, see below for explanation) mutations of TP53 tumor suppressor gene were discovered as the primary cause of LFS. This finding provided a unique opportunity for genetic testing that allowed early detection, treatment and prevention of tumors in persons with LFS. The recognition of LFS fuelled several research projects into TP53 gene, to try and understand its function better.

Interestingly non-inherited or somatic cell (non-reproductive cells which are not passed to offspring) mutations of the TP53 gene have been found to be associated with sporadic (in the general population, not hereditary) cancers as well.

What are the Causes of LiFraumeni Syndrome?

What are the Symptoms and Signs of LiFraumeni Syndrome?

LFS should be considered if someone has a personal or family history of cancers known to occur in LFS. History of multiple childhood cancers in a patient or his family members should alert the physician about possible LFS. Additionally, there are certain rare cancers such as adrenocortical and choroid plexus carcinoma that are characteristic of the syndrome that should raise the clinical suspicion to a possible diagnosis of LFS.

Cancers most commonly associated (core cancers) with LFS include -

Other cancers may also appear, but risks are lower than for the core cancers

Persons with LFS have a roughly 50% of developing cancer by 40 years, and nearly 90% percent chance by 60 years. Females have nearly a 100% risk of getting cancer in their lifetime due to their significantly increased risk of /peast cancer. Many individuals with LFS in fact develop two or more primary cancers during their life.

How do you Diagnose LiFraumeni Syndrome?

Diagnosis of Li-Fraumeni syndrome is based on clinical criteria and/or genetic testing for the mutation in the TP53 gene. Genetic testing is typically considered when a combination of the criteria outlined below are satisfied.

These are a recently described set of criteria proposed to identify families not falling under the Classic criteria listed above. A diagnosis of LFS and performing TP53 gene testing is considered in anyone with a personal and family history of any 1 of the following 3 criteria.

LFL Definition 1, called the Birch definition (all 3 to be present)

Two first-degree or second-degree relatives diagnosed with a typical LFS malignancy, such as sarcoma, adrenocortical cancer, /peast cancer, /pain cancer, or leukemia, at any age.

How do you Treat LiFraumeni Syndrome?

Currently there is no standard treatment or cure for LFS. Most people with LFS who develop cancers are treated in the same manner as for cancers in other patients, but research is ongoing on how to best manage cancers related to LFS.

Surveillance and Imaging  for early detection and treatment of new cancers

Early diagnosis is key to better patient outcome. According to suggested guidelines and recommendations by an expert panel of LFS researchers, oncologists, and genetic counselors, once a diagnosis of LFS is established, these individuals should be under surveillance and undergo periodic preventive screening by whole body MRI scan to detect and treat cancers early. The recommendations for children and adults are as follows -

Note - For families where breast cancer has already occurred when they are about 20 years of age, awareness and screening can be considered 5 to 10 years before the earliest recorded age of onset. The same is recommended for gastrointestinal cancers i.e. consider screening 5 years before the earliest record of onset of a gastrointestinal cancer in a family. member.

Radiation treatment of cancers in LFS should be usually avoided since radiation exposure in these persons increases their risk for other cancers. However, if the benefits outweigh the risks it should be given with caution. Other exposures to avoid include tobacco and sunlight.

Several studies exploring the use of agents that reactivate or modify dysfunctional TP53 protein are being actively pursued, but none have reached the stage of clinical trials in LFS patients. 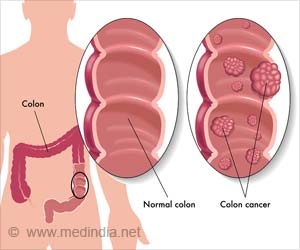 Lynch Syndrome
Lynch syndrome is the leading cause of inherited colon cancer due to germ mutations in MMR genes.
READ MORE

Population-based Screening For Cancer Gene Helps Cut Down Treatment Cost
Mutations that cause cancer can occur in many people with no history and are therefore left out which puts them at greater risk.
READ MORE
Sign up for Wellness Consult a Doctor Sign up for Selfcare