What is Laser Skin Resurfacing?

Laser skin resurfacing, also known as laser peel or lasabrasion, is a high precision procedure that is used for improving skin texture and appearance. It uses a focused laser beam to remove the outer layer of skin, called the epidermis. It also heats the underlying layer of skin, called the dermis. This action stimulates the growth of new collagen fibers, so that during the healing process new skin cells are generated that make the skin firmer, smoother and younger looking.

The procedure is generally used for treating wrinkles, pigment spots, scars, and blemishes amongst others.

The following types of lasers are used for laser skin resurfacing:

Who Should Undergo Laser Skin Resurfacing?

Individuals having the following conditions are good candidates for laser skin resurfacing: 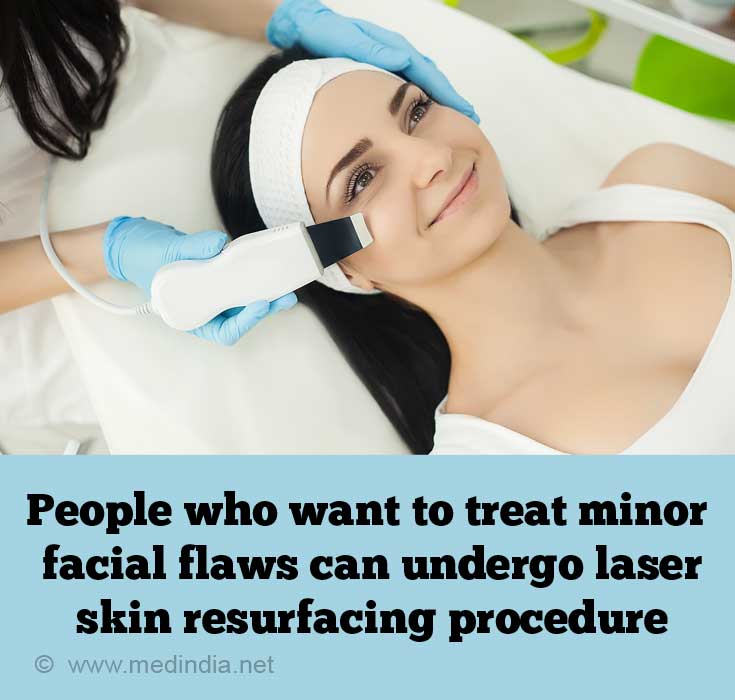 Do you wish to consult a Cosmetologist for your problem? Ask your question

Long-term Remedy to Wipe Out Wrinkles is Co2 Laser Resurfacing
Want to get rid of those pesky wrinkles? Well forget Botox and instead try out carbon dioxide laser resurfacing, which could be an effective long-term treatment for wrinkles.

Anti-Aging Skin Treatments Without Surgery Are Effective: Dermatologists
Wrinkles, creases, sagging skin make many dread the onset of old age, but researchers say that some of the anti-aging methods available in the market will get rid of these unwanted signs of aging.