Kwashiorkor is a form of malnutrition due to protein deficiency. A characteristic feature is generalized edema. To prevent kwashiorkor a nutritious diet is essential

Marasmus is another form of protein energy malnutrition where there is deficient intake of both calories and proteins due to starvation whereas kwashiorkor is due to severe lack of protein in the diet with adequate energy intake.

Kwashiorkor usually affects infants and children, most often around the age of weaning up to five years of age. Kwashiorkor is also known as "edematous malnutrition" as it always includes edema, especially of ankles, feet, face and belly

What are the Causes of Kwashiorkor?

The main cause of kwashiorkor is a lack of protein in the diet. The reasons include 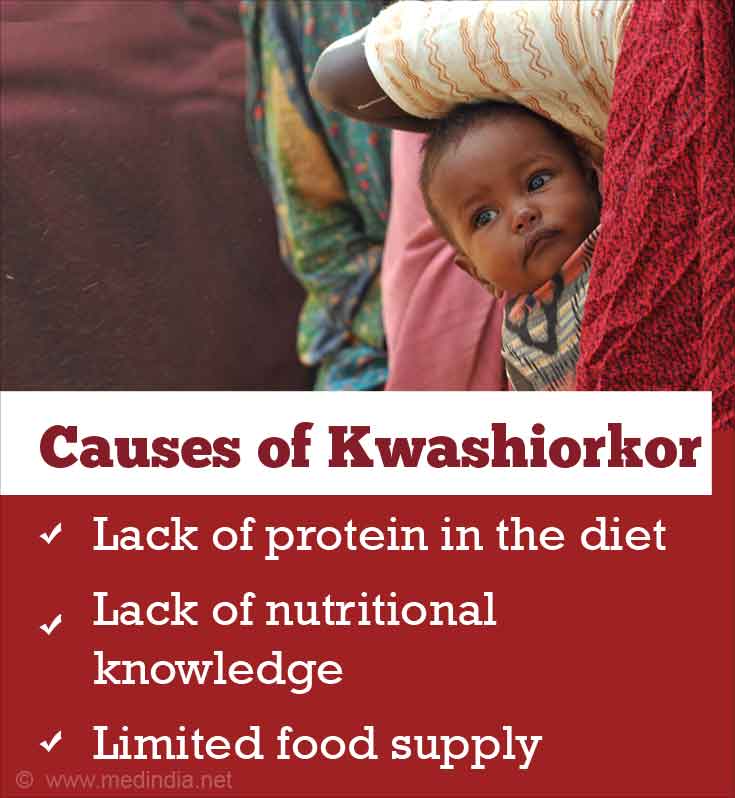 What are the Symptoms and Signs of Kwashiorkor? 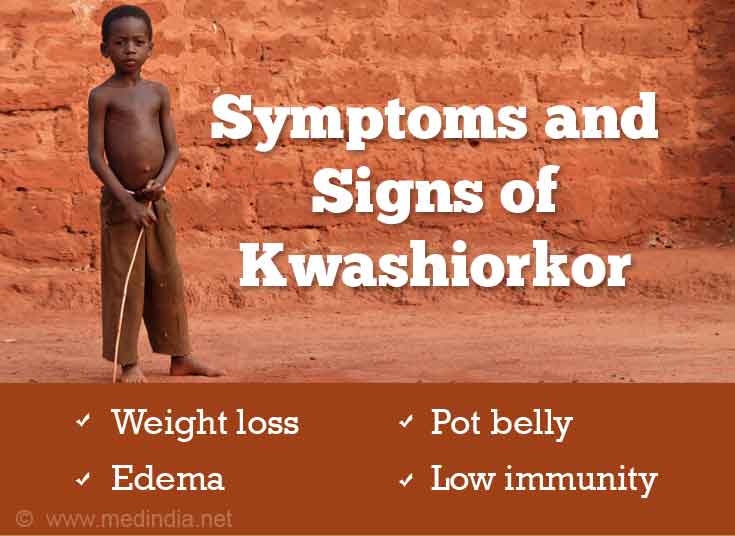 How do you Diagnose Kwashiorkor?

How do you Treat Kwashiorkor?

What are the Complications of Kwashiorkor?

How do you Prevent and Manage Kwashiorkor? Marasmus / Protein-Energy Malnutrition Marasmus is a severe potentially life-threatening form of malnutrition caused by a diet deficient in calories and proteins. There is significant wasting of fats, muscles, and tissues of the body leading to a "skin and bones" appearance.
Sign up for Wellness Consult a Doctor Sign up for Selfcare
Advertisement
Health Topics A - Z
A B C D E F G H I J K L M N O P Q R S T U V W X Y Z