What is Juvenile Myoclonic Epilepsy?

Juvenile myoclonic epilepsy (JME) is an epileptic condition that develops in children and adolescents, invariably between the ages of 8 and 26 with most of the seizures occurring between the ages of 12 and 18. The frequency in the population is between 3% and 11%. JME is also called as Janz syndrome.

Herpin was the first to identify JME in a patient in 1867. However, it was only in 1985 that the condition was included in the initial proposal of the international classification of epilepsies and epileptic syndromes. In 1975, the International League Against Epilepsy formalized the name Juvenile Myoclonic Epilepsy. Of all the genetic/idiopathic (unknown cause) generalized epilepsies (IGE), JME is the most common form and accounts for 10% of all Epilepsies.

The condition involves sudden irregular, single or repetitious jerks in both the arms, and the patient may suddenly fall although there is no visible loss of consciousness. The condition is observed equally in both sexes though there appears to be a distinct predominance in women.

Juvenile myoclonic epilepsy is considered a complex genetic condition and is the result of interplay of different genes. This may explain the variations in the clinical presentation of the condition. The exact gene that causes the condition is unknown. There are repeated seizures (nocturnal seizures), especially in the waking hours of the morning, which can sometimes be due to awakening earlier than usual or due to insufficient sleep.

Other causes for epileptic seizures are:

Sensitivity to light and its influence on seizures is influenced by age, but it is not a very common source of epileptic seizures.

What are the Signs and Symptoms of Juvenile Myoclonic Epilepsy?

Myoclonic jerks  These uncontrolled and rapid jerks occur mainly in the arms and are sudden, spontaneous, isolated, in clusters, or short arrhythmic jerks as if the person is clumsy and prone to dropping objects. These seizures are caused by mentally stimulating tasks. These jerks may also affect the trunk and the lower limbs.

Generalized tonic-clonic seizures (GTCS)  Generalized episodes of seizure may be accompanied by repeated myoclonic jerks. These seizures are also known as grand mal seizures. There is loss of consciousness, rigidity of muscles, and convulsions.

Absence seizures  Staring periods where the individual loses consciousness for a brief period. These seizures arise due to hyperventilation.

How do you Diagnose Juvenile Myoclonic Epilepsy?

Diagnosis of JME is based on occurrence of myoclonic jerks, an EEG or video-EEG. There are 2 criteria proposed by the international workshop on JME to accurately diagnose the condition.

Class I criteria: Myoclonic jerks with no loss in consciousness either during or following awakening;

Misdiagnosis: Some cases with unilateral myoclonic jerks and EEG readings may be misdiagnosed. Sometimes, a patient may have the clinical symptoms of jerks but the EEG may be normal.

To avoid misdiagnosis, EEG readings should be taken during the awakening stage and during sleep.

However, EEG has a diagnostic accuracy of only 50%. To correctly diagnose JME, it is recommended to use video-EEG monitoring for 1 or 2 days in patients who present with a normal EEG or have an unusual epileptic presentation.

How do you Treat Juvenile Myoclonic Epilepsy?

Juvenile myoclonic epilepsy can be treated with medications. However, not all antiepileptic drugs (AEDs) are effective with some patients developing resistance. Hence, combination therapy is recommended in such cases. The drugs used are:

Other commonly prescribed drugs for JME include zonisamide, topiramate, piracetam, acetazolamide and Methsuximide.

It is a clinical challenge to treat women of reproductive age. Valproate is one drug that is not recommended to pregnant women.

How do you Prevent Juvenile Myoclonic Epilepsy? 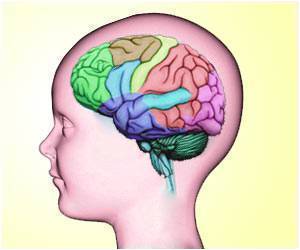 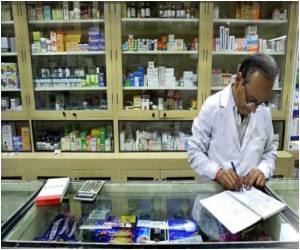