What is Intestinal Atresia?

Although intestinal atresia can occur anywhere along the GI tract, it is generally confined to the small intestine. The frequency of occurrence, symptoms, and methods of diagnosis of intestinal atresia differ according to the site affected.

On an average intestinal atresia occurs in 1 in every 1,500 live births and affects both males and females equally.

What are the Different Types of Intestinal Atresia?

Intestinal atresia may be of several types, depending upon the portion of the intestine affected. These include the following:

This type of atresia occurs at the pylorus, the junction between the stomach and the duodenum, the first part of the small intestine. Pyloric atresia occurs in approximately 1 in a million live births. Pyloric atresia is inherited and is generally a rare condition. Affected children tend to vomit out the stomach contents. The stomach becomes filled with gas, resulting in distension of the upper abdomen. X-ray of the abdomen is used for confirmation of the clinical findings.

The duodenum is the first part of the small intestine into which the stomach contents are emptied. Duodenal atresia occurs in approximately 1 in 6,000 to 1 in 10,000 live births and is one of the most common congenital small bowel obstructions diagnosed prenatally. Approximately 50% of the infants with duodenal atresia are premature at birth. About 66% have abnormalities of the heart, genitourinary or intestinal tract. Duodenal atresia is strongly associated with Down syndrome. Almost 40% infants have Down syndrome. Infants with duodenal atresia usually vomit soon after birth, and their abdomen becomes distended. X-ray images show a large distended stomach and duodenum without any gas elsewhere along the GI tract.

This type of atresia occurs in the jejunum (middle portion) or ileum (lower portion) of the small intestine. The most common type of neonatal intestinal obstruction, jejunoileal atresia occurs in 1 in 1,000 to 1 in 3,000 live births. Immediately before the constriction, the intestine is greatly dilated since it is not able to absorb nutrients and transport the accumulated food further down the GI tract. In approximately 10-15% of infants with jejunoileal atresia, parts of the intestine can become degenerated during fetal development. A large number of infants with jejunoileal atresia have problems with intestinal rotation and fixation. It has been found that cystic fibrosis is associated with jejunoileal atresia and can complicate the management of the condition. Jejunoileal atresia is classified into four types (Type I to Type IV) on the basis of severity. The newborn exhibits specific clinical symptoms depending upon the severity of the disease. These include abdominal distension and frequent vomiting of green bile.

This is a rare form of atresia that exhibits signs and symptoms similar to jejunoileal atresia with highly enlarged bowel. Colonic atresia is often associated with small bowel atresia, Hirschsprungs disease or gastroschisis.

What are the Causes of Intestinal Atresia?

What are the Symptoms and Signs of Intestinal Atresia?

Some of the symptoms and signs of intestinal atresia can be observed even before birth, including polyhydramnios. In this condition, there is more amniotic fluid in the uterus than normal. This occurs due to the inability of the developing fetus to absorb the amniotic fluid through the intestine. A prenatal fetal ultrasound can confirm the diagnosis. After birth, the following symptoms may be observed:

How do you Diagnose Intestinal Atresia?

Diagnosis of intestinal atresia can be divided into two phases - prenatal and postnatal diagnosis.

Due to the high incidence of associated birth defects, a complete prenatal evaluation and amniocentesis are recommended for mothers carrying babies with small bowel atresia to exclude any of the following conditions:

Besides prenatal diagnosis, postnatal (after birth) diagnosis can also be carried out. Babies with small bowel atresia tend to vomit frequently, which in itself is an indication that there is something wrong, thereby warranting further investigation. Some specific diagnostic modalities to detect small bowel atresia as well as congenital deformities include the following:

How do you Treat Intestinal Atresia?

Prior to surgery, the baby needs to be stabilized.

The surgery is done under general anesthesia (GA) so that the baby does not feel any pain or discomfort. The surgery may either be an open surgery or a laparoscopic surgery.

In case of an open type of surgery, a single large incision will be made in the abdomen and the affected portion of the intestine will be excised and the two ends will be sutured so that continuity is maintained. In case of laparoscopic surgery, several small incisions will be made, through which a camera and other instruments will be inserted in order to perform the surgery.

If the intestine requires a relatively longer time to heal, the surgeon may create a stoma (an opening). This is where the intestine is brought to the abdominal skin surface so that the feces can be collected and temporarily stored in a colostomy bag, instead of passing through the anus.

Post-surgical care is crucial for the babys full recovery. The baby is transferred to a neonatal intensive care unit (NICU) where the vital signs are monitored round-the-clock. Nutrition will continue to be provided through the nasogastric tube until the baby is able to take food by mouth. The duration of the hospital stay may vary between 1 to 3 weeks, depending on how quickly the baby recovers. After discharge from the hospital, a follow-up appointment with the surgeon is required for assessment of the growth parameters and general health and wellbeing of the baby. 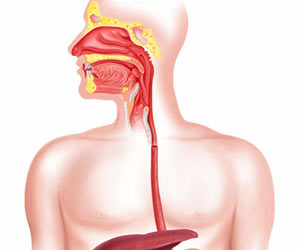 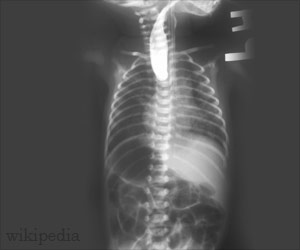 Small bowel atresia
The small bowel is the section of bowel between the stomach and the large bowel (colon). It is about 300cm long in a newborn baby at term and its function is to absorb food.
READ MORE 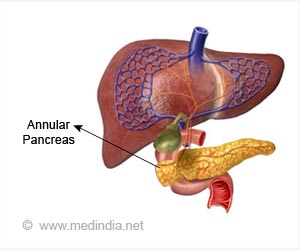