What is Inherited Breast Cancer?

Breast cancer is currently the most common type of cancer that affects women worldwide. The number of Indian women affected with breast cancer is constantly on the rise. Breast cancer occurs when the cells in the breast grow abnormally without any restriction. This happens when there is a mutation (change or alteration or variation) in the genes that control the growth of these cells.

A gene mutation that predisposes a person to cancer is either acquired or inherited.

How is Breast Cancer Inherited?

Human beings have approximately twenty thousand genes in every cell of the body. These genes are like an instruction manual for the proper growth and functioning of the body. Mutations in these genes may negatively impact their functioning ability, thus resulting in health conditions like breast cancer. All genes are inherited in pairs, one from our mother and one from our father. These gene pairs are known as alleles. The inheritance pattern of a gene determines how the condition will be passed on in the family.

Which Genes are Associated with Breast Cancer?

Currently, there are more than 10 genes known to be associated with inherited breast cancer. We all have these genes, but when one of these genes is altered, it increases the susceptibility to cancer. The risk and types of cancer are variable across the different genes.

Approximately 10% of all breast cancer cases are due to mutations in BRCA1 and BRCA2 genes.

What are Breast Cancer Syndromes?

The management of hereditary breast cancer involves the following:

Options that help in early diagnosis:

Protective options that help reduce the risk of cancer:

About Genetic Testing helps determine if an individual has a mutation in one of the genes associated with hereditary breast cancer. This is usually performed on a blood or saliva sample. However, genetic testing is complicated and may not be useful for everyone. Therefore, it is essential for an individual to talk to a genetic counselor before and after having a genetic test.

It is globally recommended that individuals at risk of an inherited cancer syndrome must undergo genetic counseling. This helps them understand the condition, their cancer risk, genetic testing and screening options and risk to relatives. A genetic counselor helps individuals make informed decisions regarding genetic testing and management, and provides support during the entire process.

Breastfeeding: Breastfeeding reduces a womans risk of breast cancer. Therefore, it is essential that you breastfeed your children for the recommended duration.

Bilateral Salpingo-Oophorectomy (BSO): BSO is the surgical removal of both ovaries along with the fallopian tubes. A BSO in pre-menopausal women reduces their risk of breast cancer by half and the risk of ovarian cancer to a bare minimum.

Genetic Screening for Inherited Mutations Could Benefit Men With Metastatic Prostate Cancer
Specific mutations in the DNA-repair genes of men with metastatic prostate cancer have been shown to play a larger role in cancer than previously thought.
READ MORE 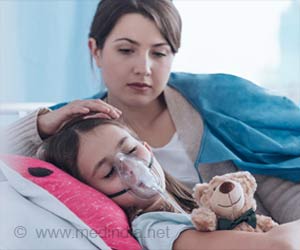 Li-Fraumeni Syndrome (LFS) / Rare Cancer Predisposition Syndrome
Li Fraumeni syndrome is a rare inherited condition with a predisposition to develop many cancers, at a young age. It is due to a mutation of the TP53 gene, which normally prevents cells from becoming cancerous.
READ MORE