Hypoxia is a condition, which manifests as the deficient oxygen supply at the tissue level. It should not be confused with the term anoxia, which means complete absence of oxygen. Oxygen is a very important element for our survival and its deficiency may lead to death within a matter of minutes.

Tissues of the lungs extract oxygen from the inhaled air and pass it on to the blood, which contains hemoglobin, an oxygen binding protein. It is mandatory for the oxygen to combine with hemoglobin in order to travel via the blood into different tissues.

Hypoxia manifests as the sub-optimal levels of oxygen at the tissue level. The process of energy generation in cells is inhibited due to the decreased oxygen availability. It causes cellular stress and a wide variety of complications.

What are the Types of Hypoxia?

Depending on the mechanism of occurrence, hypoxia is predominantly of four types.

What are the Causes of Hypoxia?

The various causes of hypoxia, pertaining to the specific type are as follows:

What are the Symptoms and Signs of Hypoxia?

The symptoms of acute hypoxia include:

What are the Complications of Hypoxia?

Hypoxia is a serious condition and must be timely taken into consideration. Ignored cases of hypoxia might lead to severe and permanent adverse effects on health or even cause death. The various complications include

How do you Diagnose Hypoxia?

Hypoxia is usually diagnosed by evaluation of symptoms and medical history of patient to identify the cause. The presence and degree of hypoxia is determined by

Other diagnostic blood tests and imaging may be done to determine the cause of hypoxia and institute appropriate treatment.

How do you Treat Hypoxia?

The main aim of treatment is to restore partial pressures of oxygen in the blood to normal and keep the patient comfortable. The cause of hypoxia has to be identified and treated.

The treatment of hypoxia is oxygen administration.

How do you Prevent Hypoxia?

Hypoxia can be prevented by taking appropriate precaution

Latest Publications and Research on Hypoxia 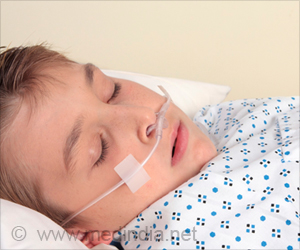 Hypoxemia
Hypoxemia is defined as a condition where arterial oxygen tension is below 90 mmHg. It may lead to respiratory failure.
READ MORE