What is Hepatorenal Syndrome?

The diagnosis of hepatorenal syndrome is based on a combination of clinical and laboratory parameters. Liver transplantation is the definitive form of treatment, which may provide the chance of a recovery. Short-term therapies aim to prolong patient survival, enabling them to undergo a liver transplant.

How is Hepatorenal Syndrome Caused?

The liver receives blood from two main sources, the portal vein which brings nutrient-rich blood (which also contains toxins and drugs) to the liver from the digestive tract and the hepatic arteries, which provide additonal oxygen of the liver. The hepatic arteries form a part of the splanchnic circulation, which also supplies oxygen-rich blood to other abdominal organs like the stomach, intestines, pancreas and spleen.

Typically, patients who go on to develop hepatorenal syndrome suffer from portal hypertension due to advanced liver conditions like cirrhosis, alcoholic liver disease, or metastatic tumors. It has also been described in patients with acute liver disease.

Most patients with hepatorenal syndrome are in their 60s or 70s with a male preponderance.

The most widely accepted theory to explain the development of hepatorenal syndrome is the peripheral arterial vasodilation theory. The theory has been simplified and presented below for easy understanding:

What are the Types of Hepatorenal Syndrome?

HRS can be divided into types 1 and 2.

Type 1 HRS is more serious, and characterized by a rapid and progressive decline of renal function, indicated by a doubling of the initial serum creatinine to more than 2.5 mg/dL in less than 2 weeks. The Glomerular Filtration Rate (GFR) is also typically less than 20 ml/min. The average duration of survival is less than 2 weeks and most patients die within 810 weeks following the onset of kidney failure.

Type 2 HRS follows a less dramatic clinical course with serum creatinine levels between 1.5 and 2.5 mg/dL. The predominant clinical effect of type 2 HRS is diuretic-resistant ascites (fluid accumulation in the abdominal cavity), that is, the ascites does not reduce on intake of water-losing pills. Patients show an average duration of survival of approximately 6 months.

What are the Clinical Features of Hepatorenal Syndrome?

Clinical features of hepatorenal syndrome reflect the underlying liver disease, impaired kidney function and circulatory abnormalities that are a part of the condition.

Signs of liver failure in HRS

Problems in blood circulation may be reflected clinically as:

What is the Treatment of Hepatorenal Syndrome?

However, if the improvement of liver function is not possible in the short-term, medical treatment should be initiated in an attempt to reverse the associated kidney function impairment and to raise the mean arterial pressure. Regular monitoring of fluid intake, urinary output and serum chemistries are necessary in these patients.

In patients who dont respond to the above treatment, and if they are fit enough, a procedure called transjugular intrahepatic portosystemic shunt (TIPS) may be tried and might be successful. In this procedure, a stent is introduced through a neck vein to connect the portal vein to a hepatic vein. This reduces the portal vein pressure and improves blood circulation. However, the procedure is associated with many complications and may even cause kidney damage since contrast material is used.

How can Hepatorenal Syndrome be Prevented?

What is the Prognosis of Hepatorenal Syndrome?

In general, the death rate of patients with liver failure is significantly higher if they develop hepatorenal syndrome. In the absence of treatment, most patients die within a few weeks following the appearance of renal failure. The prognosis may improve in patients with improvement of liver failure which may occur either spontaneously, following medical treatment, or following a successful liver transplantation.

Ever since the existence of the entity of HRS was recognized over a century ago, significant progress has been made in the understanding of its causes and natural course. Standard diagnostic criteria have been evolved aiding uniform diagnosis and accurate reporting of the disease. However, a major drawback is the absence of a reliable diagnostic marker for HRS. Such a marker could help in the early diagnosis and help to initiate treatment early, and improve patient outcome. 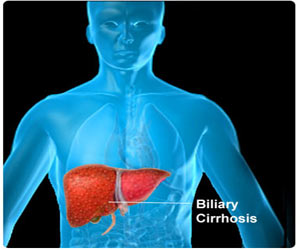 Acute Renal Failure
Acute renal failure is the sudden cessation of the functioning of kidneys, that can be due to reduced renal blood flow, damage to renal tissues.
READ MORE
Sign up for Wellness Consult a Doctor Sign up for Selfcare