The liver is largest organ of the human body and situated in the upper right quadrant of the abdomen. It weighs a little less in women than men. The weight is 1200 to 1400 g in the adult woman and 1400 to 1500 g in the adult man. It is vital organ in the human body. It is responsible for the digestion of fats (broken down by bile secreted by liver cells), storage of glucose in the form of glycogen and metabolism of the pharmaceutical drugs that we consume.(1✔)

The factors that affect the size of the liver are age, gender, body weight and body shape. A liver that is 3 centimeters larger or smaller is still considered normal. The normal liver can sometimes be felt under the right rib cage and is normally soft and smooth with no irregularities.

Diseases that cause the liver to get enlarged have to be treated immediately since they interfere with the livers functionality.

What are the Causes of Hepatomegaly?

Some of the known causes of hepatomegaly are(2✔, 3✔)

What are the Signs and Symptoms of Hepatomegaly?

Symptoms of hepatomegaly are serious and have to be evaluated as soon as possible.(4✔)

How do you Diagnose Hepatomegaly?

The doctor will first ask for the medical history and conduct a physical examination to check the liver. Palpation and percussion in the upper right quadrant of the abdomen give a rough estimate of the size and texture of liver. Further tests might be suggested if an enlarged liver is suspected.(5✔)

What are the Complications of Hepatomegaly?

Early diagnosis and treatment are vital to prevent any complications that could be fatal. An enlarged liver may lead to inflammation and cirrhosis if there is regular alcohol intake, poor control of diabetes, hyperlipidemia, and chronic viral infections.(6✔)

How do you Treat Hepatomegaly?

Treatment will vary according to the underlying cause of hepatomegaly.(7✔)

How do you Prevent Hepatomegaly?

Hepatomegaly can be prevented by:(8✔)

Latest Publications and Research on Hepatomegaly 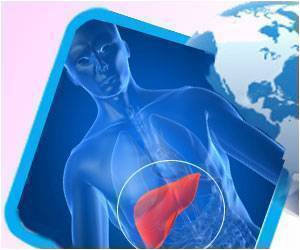 The Fight Against Hepatitis
Special report on simple steps that could make Asian Countries such as India's fight against hepatices and other communicable diseases easier and cheaper.
READ MORE