Gardner syndrome or familial adenomatous polyposis (FAP) is an autosomal dominant genetic disease in which numerous polyps form in the colon, often progressing to cancer

What is Gardner Syndrome?

Origin of the Term Gardner Syndrome

Gardner syndrome is named after Dr. Eldon J. Gardner, an American geneticist from Logan, Utah, who first described the syndrome in 1951.

The frequency of occurrence of Gardner syndrome in the general population is estimated to be between 1 in 12,000 and 1 in 1,400 live births. The average age of appearance of the polyps (the primary feature of Gardner syndrome) is 16 years. These polyps can become cancerous and in the absence of surgical removal of the colon, colorectal cancer can occur within 39 years of age.

What are the Causes of Gardner Syndrome?

Gardner syndrome is caused by a mutation (alteration) in the adenomatous polyposis coli (APC) gene, located on the q21 locus of the long arm of chromosome 5 (chromosome 5q21). The APC gene encodes the APC protein, which regulates the rate of cell division, thereby acting as a check for the abnormal and uncontrolled cell division, the hallmark of cancer. Gardner syndrome is inherited in an autosomal dominant fashion. This means that if one parent has Gardner syndrome, there is a 50% risk that the children will inherit the gene for the disease.

What are the Symptoms and Signs of Gardner Syndrome?

The symptoms and signs of Gardner syndrome vary from person to person. However, the primary signs include the formation of hundreds to thousands of , which occur in 80-99% of individuals. 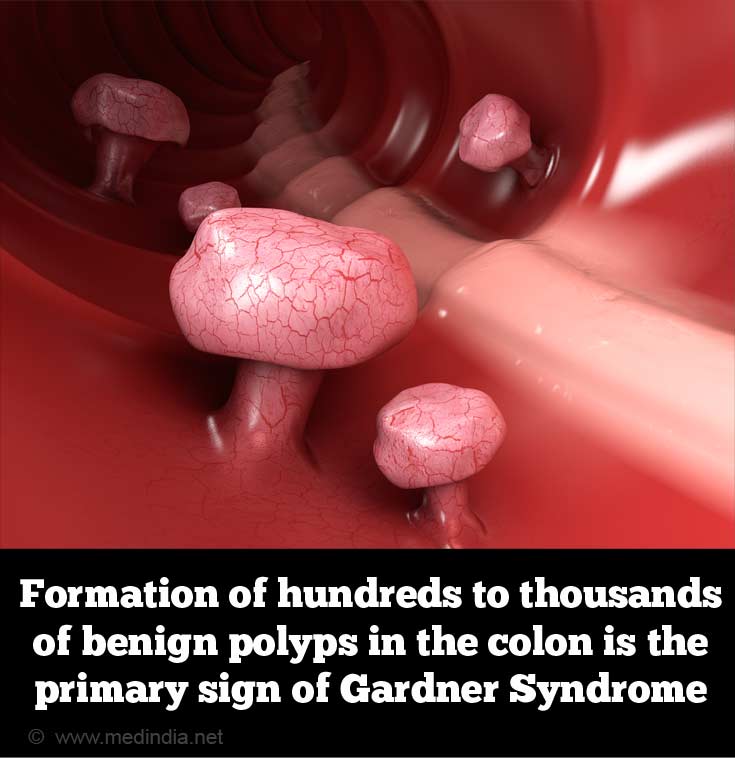 Some of the other symptoms and signs of Gardner syndrome include the following:

How do you Diagnose Gardner Syndrome?

Early diagnosis of Gardner syndrome is crucial as there is a high propensity for benign tumors to become cancerous. Due to this reason, regular screening is mandatory. Some of the screening procedures are given below: 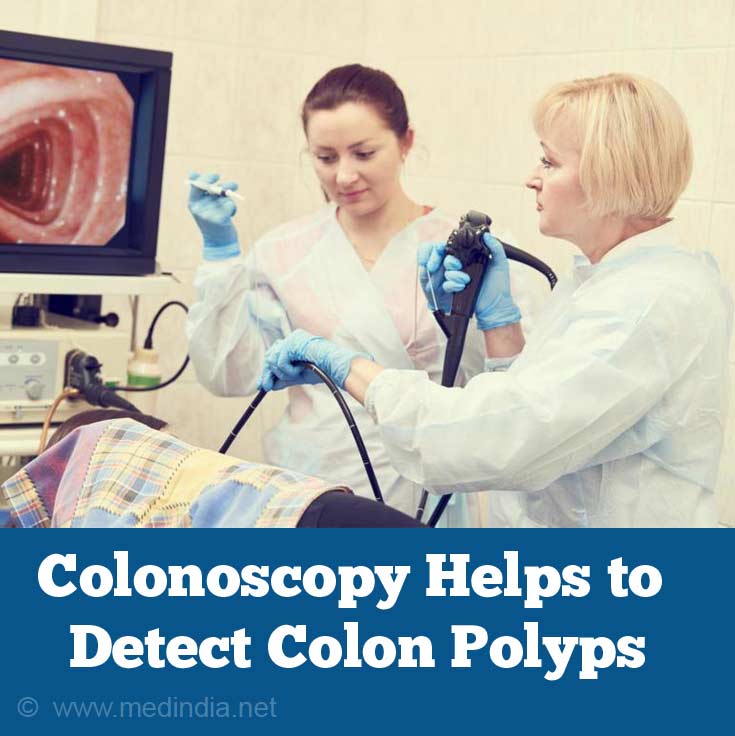 How do you Treat Gardner Syndrome?

What are the Risk Factors and Estimated Cancer Risks of Gardner Syndrome?

Colon Polyps
A colon polyp is a fleshy growth on the inside of the colon, also called the large intestine. In general, the larger a polyp, the greater the likelihood of cancer.

Liposarcoma
Liposarcoma is a cancer of the fat cells in the body. It can occur anywhere in the body but most commonly affects the limbs, abdomen and groin region.