What is Food Intolerance?

Some persons experience an unpleasant physical reaction (nausea, vomiting, bloating) upon ingesting certain foods making them unwell. Adverse reactions to foods are seen commonly and can be broadly divided into two categories, namely food allergy and food intolerance. It is essential to distinguish between food allergies and other food-related illnesses because the treatment is different.

What are the Common Types of Food Intolerance?

Food intolerance is a non-immune adverse reaction to certain foods. It can be broadly divided into three types.

Functional intolerance is caused by defective function of certain digestive processes in the body. These include any of the following.

The most common cause is an absence of or deficiency of an enzyme needed to digest certain foods such as lactase deficiency leading to lactose intolerance. Other enzyme defects include isolated or combined disaccharide malabsorption syndrome, affecting the absorption of lactose, sucrose and other disaccharides, either singly or entirely. Also, there can be isolated galactase, maltase or saccharase deficiency.

Defective transporter molecules that transport foods into the intestinal cells from the lumen of the intestine, for example, GLUT (Glucose transporter) 2 and GLUT 5 defects. This results in a buildup of these foods in the large intestine where they are acted upon by bacteria with a resultant gas formation and bloating and diarrheal symptoms.

The intolerance that occurs as a result of structural abnormalities in the digestive tract such as outpouchings or diverticula. Common structural defects include intestinal and colonic diverticula, lymphovascular abnormalities, and post-inflammatory strictures.

What are the Common Causes or Sources of Food Intolerance?

Although food intolerance is not a serious condition, it can nevertheless negatively impact the quality of ones life, and it is important to identify the food or the chemical and eliminate it from the diet.

What are the Signs and Symptoms of Food Intolerance?

According to the Australian NSW Food Authority, the most common symptoms of food intolerance include the following 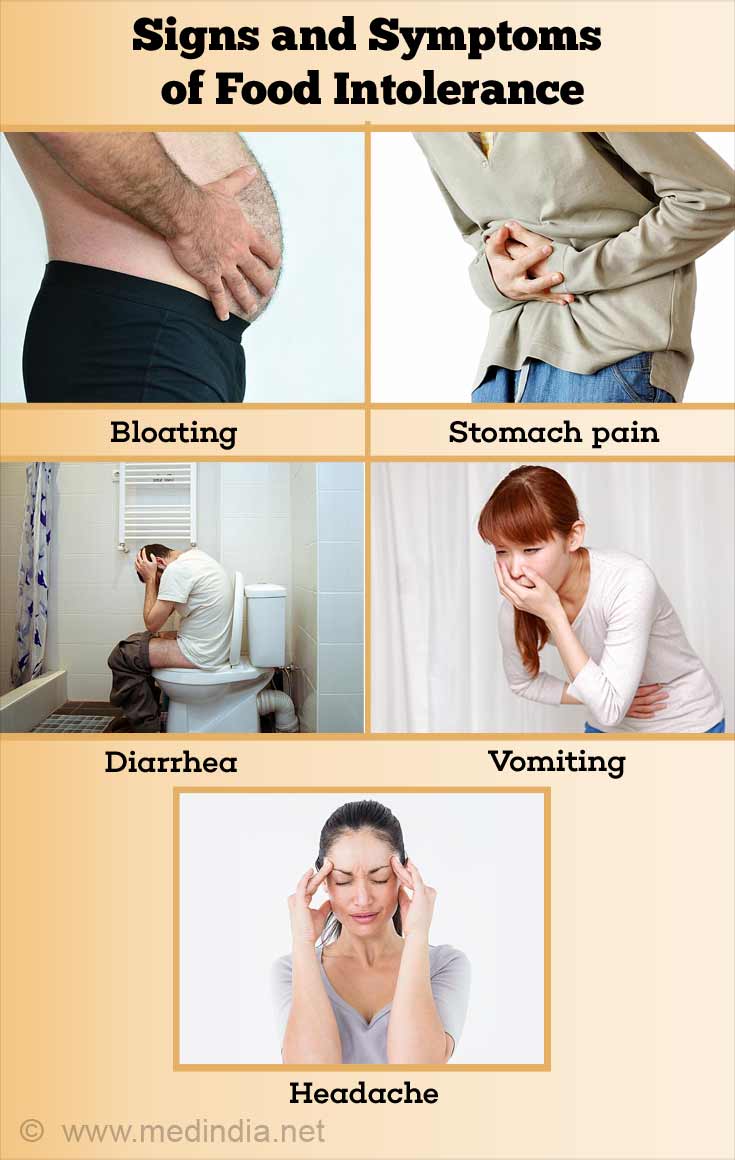 How do you Diagnose Food Intolerance?

Patients are advised to maintain a food diary and write down the list of foods eaten, type of symptoms and when they appeared. The food diary helps the doctor or dietitian determine which foods might be causing the adverse reactions and advise on steps to tackle the problem.

A detailed and careful history is important and may aid in the correct diagnosis. Points to note in the history to rule out possible food allergy include -

Blood and skin tests may be done to rule out food allergy. These tests will be negative for food intolerance.

In skin testing, the skin is pricked with a tiny probe coated with food extract or fresh food. The testing is usually done on the forearm or upper back after cleaning the surface with alcohol. Skin tests are performed by an allergy specialist. 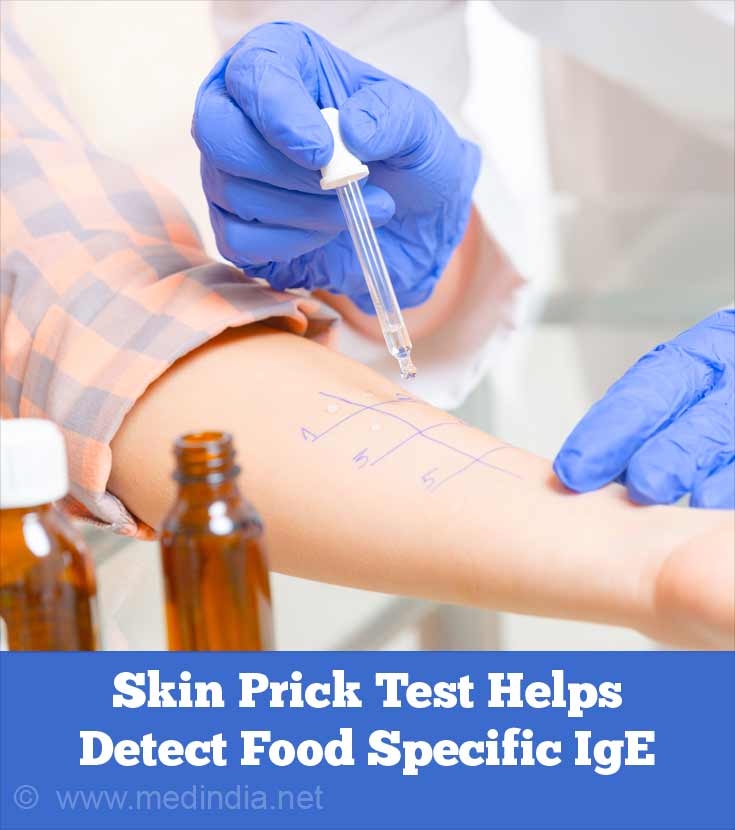 Blood tests (to measure IgE antibody levels) are widely available and can be done without an allergic specialist although the specialist is needed to interpret the results and advise management.

Apart from lactose intolerance and celiac disease, there are no diagnostic tests to diagnose food intolerance reliably.

How do you Treat Food Intolerance?

Intolerance to foods cannot be cured. The only way to treat food intolerance is by the following measures

Test Your Knowledge on Food Allergy Food allergy is an abnormal response of the body to certain kinds of food. The signs and symptoms may be mild to severe. Symptoms such as flu or common cold often seems trivial or go unnoticed. But, food allergy is not to be confused with food ...

Diet of the Nursing Mother Linked To Food Allergies in Child The risk of food allergies can be reduced in the child when it is exposed to the food through the mother's diet.

Top 10 Lesser Known Symptoms and Signs of Poor Digestion Digestion is a process by which complex food is broken down to simpler absorbable nutrients.