Do you wish to consult a Family Physician / Family Doctor for your problem? Ask your question

Eriksons Theory of Psychosocial Development: Why is it Still Relevant Today?

The adolescent mind is essentially a mind or moratorium, a psychosocial stage between childhood and adulthood, and between the morality learned by the child, and the ethics to be developed by the adult -Erik Erikson, 1963

What is Psychosocial Development?

The term psychosocial literally means a combination of psychological and social factors that collectively influence human behavior. For example, studies have shown the relationship between an individuals fears and apprehensions (psychological aspects) and how he behaves with others in society. This area of scientific endeavor has been extensively researched and studied by Erik Erikson, who developed a theory for human psychosocial development. This theory highlights the various crises faced by an individual and the resulting virtues gained, while passing through the various stages of life, from birth until death.

Erik Erikson (1902-1994) was a German-American developmental psychologist and psychoanalyst. He is best known for his Theory of Psychosocial Development in humans and is famous for coining the term identity crisis.

Astonishingly, Erikson was not even a graduate but still served as a professor at world-renowned universities in the US, including Harvard, Yale, and the University of California at Berkeley. He achieved this unbelievable success by sheer hard work and erudition. Importantly, Erikson was the 12thmost cited psychologist of the 20thcentury.

What is Unique about Eriksons Theory of Psychosocial Development?

The uniqueness of Eriksons theory lies in the fact that he was the first to propose that human personality develops in a predetermined manner through 8 sequential stages of psychosocial development, starting from infancy and ending in old age.

Importantly, as the person passes through each stage, he experiences psychosocial crises that could positively or negatively impact personality development, depending on whether he is able to overcome the crises successfully.

What are the Stages of Eriksons Psychosocial Development Model?

Eriksons Theory of Psychosocial Development, which was introduced in the 1950s, is divided into 8 stages, which coincide with the age of an individual as he grows from infancy until attaining old age. This is presented in the table, which depicts the 8 stages of Eriksons chronologically organized model.

What are the Salient Features of Eriksons Theory of Psychosocial Development?

What are the Strengths and Weaknesses of Eriksons Theory of Psychosocial Development?

Like all theories, Eriksons theory also has its strengths and weaknesses, which are briefly highlighted below:

What are the Implications of Eriksons Theory of Psychosocial Development?

In the words of Erikson himself: I consider my theory of psychosocial development to be a tool to think with, rather than a factual analysis.

Therefore, the 8 stages of Eriksons theory can be considered to be the starting point for inculcating the psychosocial skills needed by a child to become a successful person later in life.

Link Between Psychological Disease Avoidance and Preventative Behavior
Strong feelings of germ aversion and pathogen disgust were found to be significantly associated with concern about COVID-19 and preventative behavior.
READ MORE 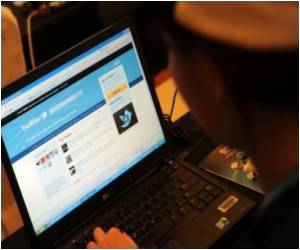 Identity Crises Rising In Facebook-Twitter-Obsessed Generation
A leading scientist has indicated that social networking sites like Facebook and Twitter have created a generation obsessed with themselves, who have short attention spans and a childlike
READ MORE
Sign up for Wellness Consult a Doctor Sign up for Selfcare