Drugs for Treatment of Prostate Cancer

Prostate cancer generally affects elderly men and after skin cancer is the commonest cancer among men. In many instances there are minimum symptoms and the cancer manifests only once it has spread to adjoining areas or other organs. In this situation medical treatment using drugs is advised and there are currently many options depending on the patients and the stage of the disease.

The prostate gland is dependent on the male hormones called androgen for its growth, hence suppressing the hormone can control the growth of the cancer. This may involve using either injections or daily tablets. Most of these injections may require to be given only once in a month or three months or sometimes even at 6 months interval.

There are other therapeutic options which includes drugs that can destroy the cancer cells these are called chemotherapy drugs. These include Docetaxel, Mitoxantrone or cabazitaxel. Usually these are combined with a steroid called prednisone. These drugs are given as injections. Another new drug that can be taken orally called Abiraterone acetate is now approved to be used with prednisone. The drug has shown promising results and has improved the survival of patients with prostate cancer.

What is Prostate Gland and What are the Symptoms of Prostate Cancer?

The prostate is a small gland in the pelvic region, found in only males. It makes prostatic fluid, which is part of the semen.

Prostate cancer usually develops very slowly and one may not observe any symptoms for many years. In such cases, the individual may not even know he has been suffering from prostate cancer. In its later stages, it may lead to problems during urination, e.g. frequent urination, weak flow, difficulty in passing urine, dribbling of urine and blood in urine.

What are the Treatment Options for Prostate Cancer?

The treatment options for prostate cancer include: 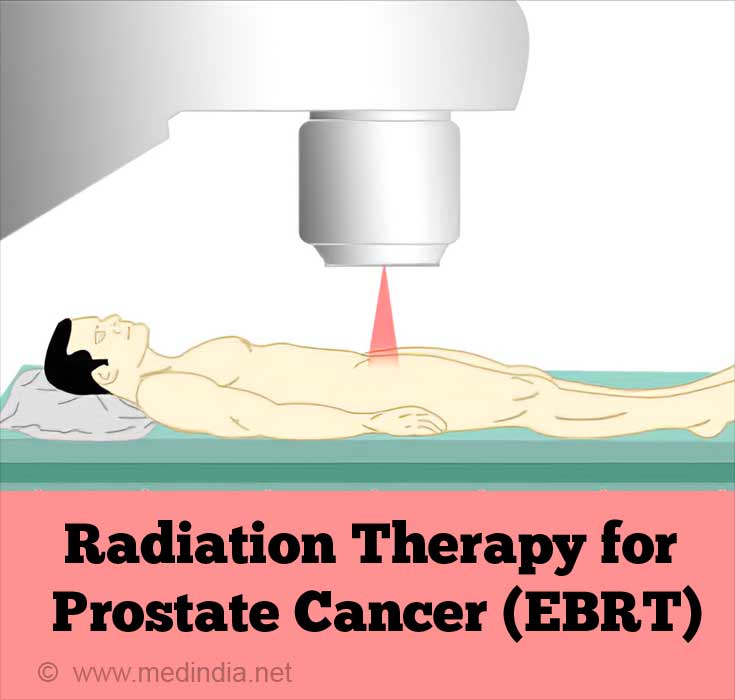 Systemic treatments - This involves prescribing drugs for prostate cancer. The drugs could be administered orally, intravenously or topically.

Which Hormone Therapies are Used to Treat Prostate Cancer?

Hormone therapy used in the treatment of prostate cancer is also known as androgen-deprivation therapy. Androgens are male sex hormones which include testosterone and dihydrotestosterone. They play an important role in the normal development of males. However, when prostate cancer develops, the androgens support the tumor growth and proliferation. Hormone therapy is prescribed to stop the body from producing androgens, or block the effect of the androgens. This therapy is used in advanced cancer stages, to shrink the cancer and retard its growth. When prescribed to men suffering from early-stage cancer, hormone therapy help in shrinking the tumor before radiation therapy.

The options of hormone therapy include:

Drugs that stop the androgens from functioning - These drugs prevent testosterone from acting on the cancer cells, and therefore limit the growth of the cancer. These include flutamide, bicalutamide and nilutamide.

Enzalutamide is a newer drug under this category. It blocks the effect of the androgen at a point beyond its binding to its receptor or site of action on the cancer cells. It is prescribed for castration-resistant prostate cancer.

Which are the Chemotherapy drugs used to treat Prostate Cancer?

The chemotherapy drugs used to treat prostate cancer include the following:

Which are the Other Drugs used in the Treatment of Prostate Cancer?

Other drugs used in the treatment of prostate cancer include the following:

For prostate cancer that has spread to the bones:

Pain associated with cancer can make life distressing for the patient. Therefore, every attempt should be made to relieve the pain. Acetaminophen and non-steroidal anti-inflammatory drugs like ibuprofen, diclofenac or ketorolac may be useful in patients with mild-to-moderate pain. Opioids may be required for more severe pain.

To improve Immunity against Prostate Cancer:

Which are the New Drugs for Prostate Cancer?

Several drugs are under investigation for the treatment of prostate cancer. Some of these include the following:

What are the Side effects of Drugs used in Prostate Cancer?

The side effects of prostate cancer drugs depend on the type of drug being administered, the dose prescribed and the length of the treatment.

The common side effects of hormonal treatments include:

The side effects of chemotherapy include the following:

What Precautions or Health Checks could be recommended before starting Chemotherapy?

The health care provider or oncologist may suggest the following tests and precautions, before administering chemotherapy drugs for prostate cancer.

Latest Publications and Research on Drugs for Prostate Cancer

Quiz on Prostate Cancer Prostate cancer is fast gaining as a common cancer form among men; more threatening since its symptoms often go unnoticed until it's too late. This quiz tests your knowledge on prostate cancer, its diagnosis and treatment options and is as ...

Decipher Test for Prostate Cancer Decipher test a genomic test for prostate cancer that determines the aggressiveness of the cancer and helps in planning the treatment course for the cancer.