Drug-induced nephrotoxicity is caused by nephrotoxic drugs that cause kidney damage. These drugs need to be identified and avoided to prevent kidney injury.

Nephrotoxicity means damage to kidney function, as a result of which kidney-specific function like excretion of waste does not happen. Nephro comes from Greek and means kidney.

Approximately 20% of damage to kidney or nephrotoxicity happens due to drugs and this is more common in patients admitted to the hospital.

This damage can be caused by external or internal toxicants. If not addressed or treated in time, it can lead to chronic kidney disease or acute renal failure (ARF) and severe renal disease.

Acute kidney failure also known as acute renal failure can occur suddenly since the kidneys are unable to filter the toxic products from blood. This results in high levels of toxins in blood. It can be fatal in some conditions.

What is Drug-induced Nephrotoxicity?

Some drugs used for treatment are known to cause nephrotoxicity, i.e. impair the functioning of kidney. These could be prescription or over-the -counter medications.

Nephrotoxic drugs generally induce inflammation in glomerulus and proximal tubules which disturbs the kidney functions and leads to toxicity known as glomerulonephritis and intestinal nephritis.

Which Drugs Cause Nephrotoxicity?

Drugs which could cause nephrotoxicity include:

What is mechanism of action of nephrotoxicity?

The mechanism of drug-induced nephrotoxicity varies with the class of drugs. The drugs exhibit their toxic effect by affecting various microscopic components of the kidney.

The nephrotoxic antibiotics induce their effects by two different mechanisms:

The drug-related renal syndromes include:

People With Kidney Cancer Could be at a Real Risk From NSAIDS
Ibuprofen and other non-steroidal anti-inflammatory medications except aspirin could increase mortality risk in patients with kidney cancer, finds a new study.
READ MORE 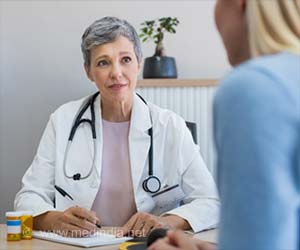