What is Drug Hypersensitivity?

The exact mechanism is unknown, but reports indicate the effects could be due to the direct toxic effect of the drug, within a few hours of administration of the drug or due to allergic reactions involving the immune system. The latter occurs when the immune system incorrectly identifies the drug substance as a harmful substance and in response, develops an antibody to that specific drug.

What are some of the Drugs that Cause Hypersensitivity?

Some of the most common drugs which cause hypersensitivity reactions are: 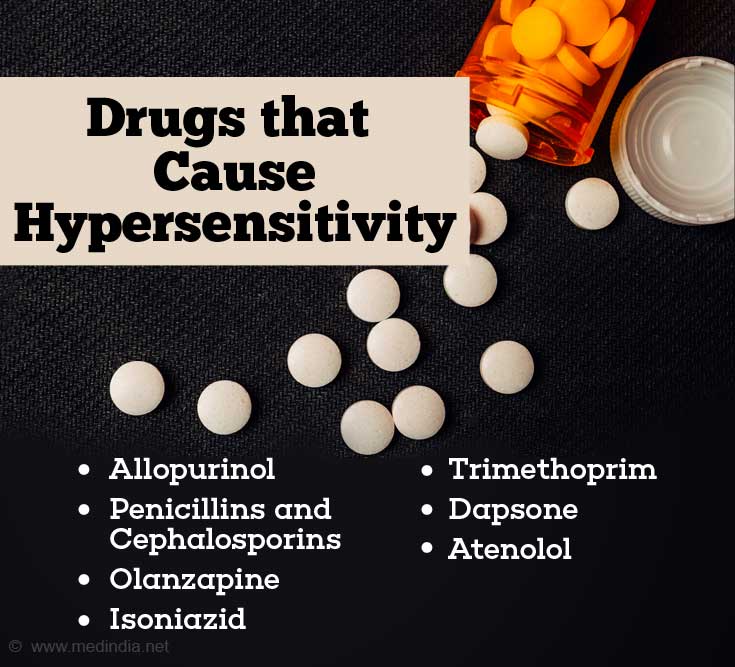 What are the Symptoms and Signs of Drug Hypersensitivity?

The symptoms could include: 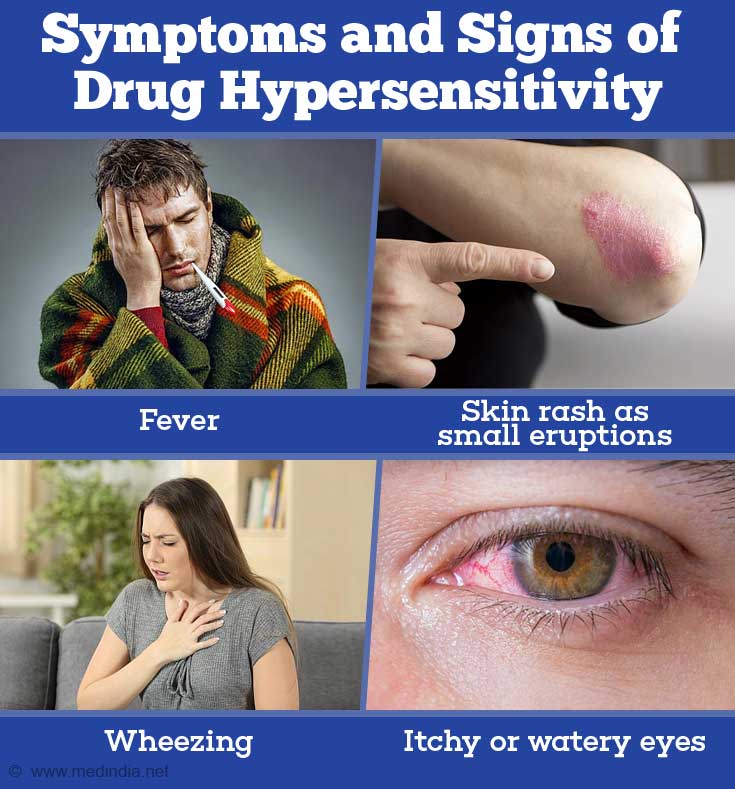 Anaphylaxis is a rare and life-threatening drug reaction, symptoms of which could include:

Other less common symptoms could include:

What are the Different Types of Drug Hypersensitivity?

Drug sensitivities are broadly classified as:

1. Type-A reactions - ADRs of the type-A are predictable pharmacological reactions to a drug.

2. Type-B reactions - The other ADRs, which are unpredictable and that vary from patient to patient are known as type-B reactions or hypersensitivity reactions.Type B reactions can be further classified into two types:

Hypersensitivity reactions can also be divided into four types of reactions, depending upon the mechanism involved and the time taken for the reaction.

What is the Mechanism of Hypersensitivity Reactions?

Hypersensitivity reactions could be IgE (immunoglobulin) mediated or non-IgE mediated.

The drug allergens bind to IgE antibodies in mast cells and basophils, leading to the formation of new mediators.

Examples of these reactions include urticaria, angioedema, and anaphylaxis.

The drug allergen can cause

How do you Diagnose Drug Hypersensitivity?

It is essential to identify the trigger causing the reaction and the pathological mechanism to understand the severity of symptoms to be expected in the patient and to suggest the risks to the patient along with treatment options.

The various methods for diagnosing drug hypersensitivities are:

The diagnostic allergy tests are useful in screening allergenic or non-allergic hypersensitivity reactions and not the toxic or pharmacological ADRs.

The diagnostic investigations must be performed by a professional allergist at a special allergy center.

The in vitro tests could include:

The in vivo tests could include:

After the assessment, the data is documented as a ready reckoner for the patient, to identify the drug which must be avoided and suggest the use of alternative drugs, where possible. 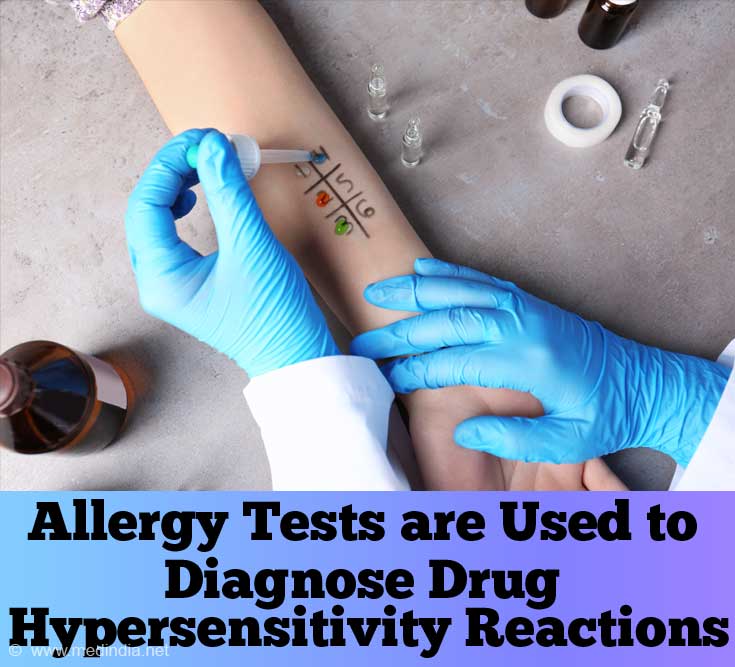 How do you Treat Drug Hypersensitivity?

Treatment involves eliminating or withdrawing the use of the trigger drug and careful monitoring of the patient.

For treating the IgE-mediated reactions, the following actions can be taken on case basis:

The non-IgE-mediated reactions can be managed by: 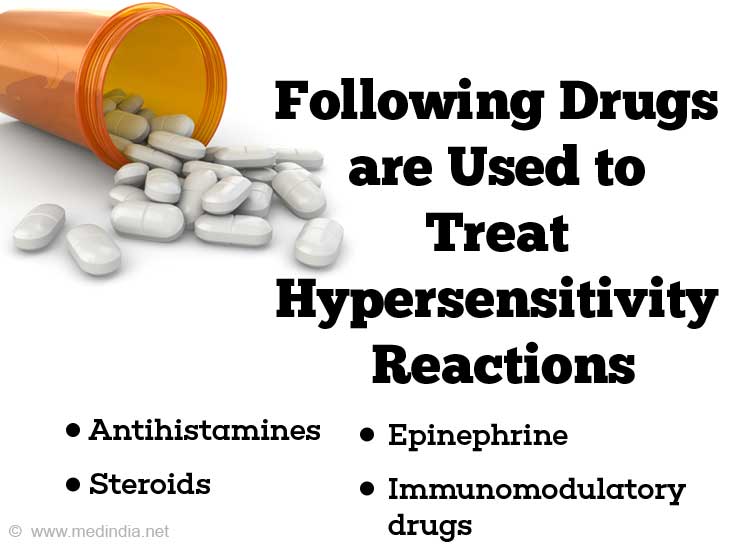 What are the Risk Factors for Drug Hypersensitivity Reactions?

Drug hypersensitivity reactions are unpredictable. However, some factors must be assessed to predict the likelihood of such reactions.

Some of the risk factors include:

How Does One Prevent Drug Hypersensitivity Reactions?

Sulphonamide Allergy Sulphonamide allergy is one of the commonest drug allergy reactions. It is seen to antibiotics containing the sulphonamide group.

Adverse Drug Reactions That Cause Skin Disorders Adverse drug reactions are commonly manifested on skin. Drug-induced skin disorders may be acute or chronic.