What is Dravet Syndrome?

Dravet syndrome is a rare genetic epileptic disorder that is due to a brain dysfunction. It usually begins in the first year of an otherwise healthy infant and remains throughout life. Approximately, 80% of people with this disorder have mutations in genes that cause dysfunction of sodium ion channels in the brain.

This mutation is considered new in the child and is not inherited from parents. The main presentation is epileptic seizures, which do not respond well to conventional seizure medications. Almost all children with this syndrome exhibit some developmental disability and have other medical conditions.

Neurodevelopment is normal prior to the onset of seizures, and the first seizure occurs with fever. Generalized seizures involving the whole body or only one side are common. Multiple drug therapy and aggressive seizure management along with the implementation of global therapies is advocated to control seizures and improve the outcome of this disorder.

What are the Causes of Dravet Syndrome?

In about 80% patients, mutations in the gene SCN1A are considered to be the cause. This gene carries the code or set of instructions for proteins that regulates the function of sodium ion channels.

A mutation or sudden change in this gene may cause the abnormal functioning of these sodium ion channels, leading to seizures.

Studies have shown mutations in this gene; however, not all mutations cause Dravet syndrome. These gene mutations occur spontaneously and are new to the individual; rarely are they passed from parents to children.

Much needs to be known about the causes of this rare genetic disorder. Genetic and environmental factors contributing to this disorder are also not well understood.

What are the Symptoms and Triggers of Dravet Syndrome?

How do you Diagnose Dravet Syndrome?

Accurate diagnosis and effective treatment make a huge difference in the outcome of this syndrome. Most cases of Dravet syndrome remain underdiagnosed and do not receive proper treatment. Requesting for early testing is crucial to reduce the burden of the disease.

SCN1A testing is recommended when an infant presents with seizures before the age of 12 months. This is more so if the medical history reveals the following:

If Dravet syndrome is suspected, refer to a neurologist who has expertise in epilepsy and ask for SCN1A testing. Even if SCN1A test comes out negative, Dravet syndrome should not be ruled out, if symptoms are clinically relevant.

How do you Treat Dravet Syndrome?

Early diagnosis is the key for prompt treatment and better prognosis of this syndrome. A multi-disciplinary approach is required for the patient, as well as family members. Treatment of seizures is based on choosing the best combination of drugs to control seizures and prevent any kind of epileptic emergencies. Achieving this can promise better developmental outcomes in children as well as reduce risk of death.

A ketogenic diet is also helpful in many patients. This diet is a high-fat, adequate protein, and low-carb diet. This is primarily used to treat cases of epilepsy in children that are difficult to control. Treatment plan should also include how to treat children when they are experiencing a seizure or fever or illness.

Developmental assessments and checks should be started as early as possible.

Children with Dravet syndrome should receive physical, speech, occupational, and social therapies for a fulfilled life.

How do you Prevent Dravet Syndrome?

Prevention of Dravet syndrome is not possible because it is a genetic mutation, with no known causes. However, if your child is diagnosed with this syndrome you can prevent potential triggers such as fever, illness, or any change of temperature. The most important aspect is to control triggers enabling the child to lead a good quality of life without disabling their daily activities.

What is the Prognosis for Dravet Syndrome?

Treatment of Dravet syndrome is complicated as most seizures are not responsive to medications. Currently available medications are not able to fully control seizures because this syndrome has many associated health issues that need to be identified and addressed immediately.

Patients with epilepsy that has following features might be suffering from Dravet Syndrome:

If your child experiences seizures due to high temperature, the following first aid is recommended:

Epilepsy Drugs During Pregnancy Linked to Birth Defects
Epilepsy is a neurological disorder characterized by seizures. Anti-epileptic drugs during pregnancy may cause birth defects in children.
READ MORE 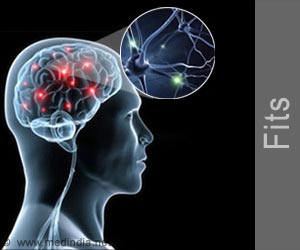 Epilepsy
Fits or convulsions or Epilepsy is characterized by recurrent, involuntary seizures and is described as a chronic neurological disorder
READ MORE
Sign up for Wellness Consult a Doctor Sign up for Selfcare