What is DiGeorge Syndrome?

DiGeorge syndrome, also known as 22q11.2 deletion syndrome, is a genetic disorder caused by a small deletion in chromosome 22 at position q11.2. The condition is usually not passed on from parents to the child except in some cases. Most cases occur spontaneously without any identifiable cause even when both parents are normal.

The 22q11.2 deletion is the most common type of deletion in humans and is characterized by hypocalcemia (due to hypoparathyroidism), heart defects, and thymus abnormalities. These patients also experience recurrent infections caused by primary immunodeficiency, often resulting in the development of autoimmune disorders such as rheumatoid arthritis and Graves disease.

The syndrome is named after the Italian American physician and pediatric endocrinologist, Dr. Angelo M. DiGeorge, who first described the condition in 1968. The underlying genetic cause was established in 1981.

DiGeorge syndrome is also known by a variety of other names, including velocardiofacial syndrome (VCFS) and conotruncal anomaly face (CTAF) syndrome. Interestingly, the syndrome has an acronym, known as "CATCH 22", which describes the major clinical features of the syndrome:

DiGeorge syndrome has an incidence of 1 in 3000 live births. Approximately 90% of 22q11.2 deletions occur spontaneously during fetal development, while 10% are inherited from a parent. It is an autosomal dominant disorder, which means that a defect in a single chromosome in each cell is sufficient for occurrence of the disorder.

What are the Causes of DiGeorge Syndrome?

The primary cause of DiGeorge syndrome is 22q11.2 deletion, which largely occurs randomly without any identifiable cause. However, in case of about 5-10% children, the 22q11.2 deletion is inherited from a parent suffering from a mild  often undiagnosed  form of DiGeorge syndrome. Because the symptoms of this disorder are so variable, even patients from the same family may present with different clinical features.

What are the Symptoms & Signs of DiGeorge Syndrome?

The symptoms and signs of DiGeorge syndrome are associated with defects in several organ systems of the body as well as other anomalies. These include the following:

How do you Diagnose DiGeorge Syndrome?

DiGeorge syndrome can be diagnosed based on the following strategies:

How do you Treat DiGeorge Syndrome?

Importantly, children with DiGeorge syndrome will benefit appreciably from a multi-specialty approach to treatment, since this disorder is usually associated with a spectrum of complications. These fall under various different medical specialties including cardiology, ENT, immunology, endocrinology, neurology, urology, genetics, psychology, psychiatry, speech therapy, and physiotherapy.

What is the Prognosis for DiGeorge Syndrome?

The outlook for babies with DiGeorge syndrome depend on the condition of the various organ systems, particularly the severity of heart complications. Advancements in heart surgery and strategies to manage immunodeficiency disorders have reduced the mortality rate to 4%. As a result, most children survive into adulthood. As the patient gets older, the heart and speech problems usually subside, but learning, behavioral and mental symptoms remain a problem in daily life. It has been observed that early diagnosis and treatment improves the prognosis appreciably.

There are many DiGeorge syndrome support groups around the world which have vast knowledge resources for providing useful advice on finding ways to cope with the disorder. These groups also aim to spread awareness about the disorder and provide psychological support to families having an affected child. One such support group in the UK is Max Appeal (http://www.maxappeal.org.uk/).

Congenital Heart Defects
Congenital heart defects are structural abnormalities of the heart present at birth, and that affect blood flow through the heart and to the rest of the body.
READ MORE 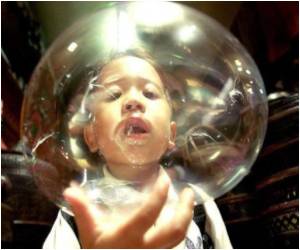