What is Diabetic Ketoacidosis (DKA)?

Diabetic ketoacidosis (DKA) is a complication of uncontrolled diabetes characterized by the presence of a lower than normal pH of the blood and ketones in the blood and urine.

Our body cells obtain their energy from glucose, which enters the cells with the help of insulin Type 1 diabetes occurs when the pancreas does not produce enough insulin, and is common at a young age. On the other hand, type 2 diabetes occurs due to a resistance of the body cells to the effects of insulin.

In a patient with diabetes, especially type 1 diabetes, if the body does not have enough insulin, the body cells use fat instead of glucose. The burning up of the fat results in the release of ketones. The ketones make the blood acidic, resulting in a condition called metabolic acidosis or diabetic ketoacidosis. The presence of ketones in the body gives a fruity odor to the breath which serves as a warning sign of the condition. Excess ketones are excreted in the urine.

In any diabetic patient with crampy abdominal pain which is of sudden onset along with vomiting, blood sugar levels should be tested immediately and if high (>250 milligrams/deciliter), the patient should be further investigated for DKA.

What are the Causes of Diabetic Ketoacidosis (DKA)?

DKA is usually triggered by an illness or a problem with insulin therapy in diabetic patients. Causes of DKA include: 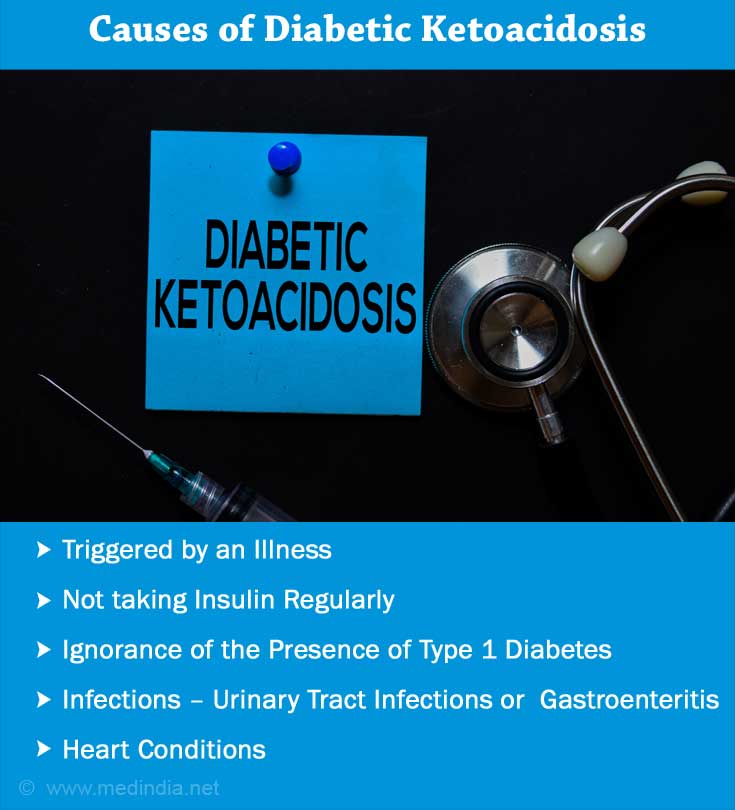 What are the Symptoms of Diabetic Ketoacidosis (DKA)?

Symptoms of DKA include: 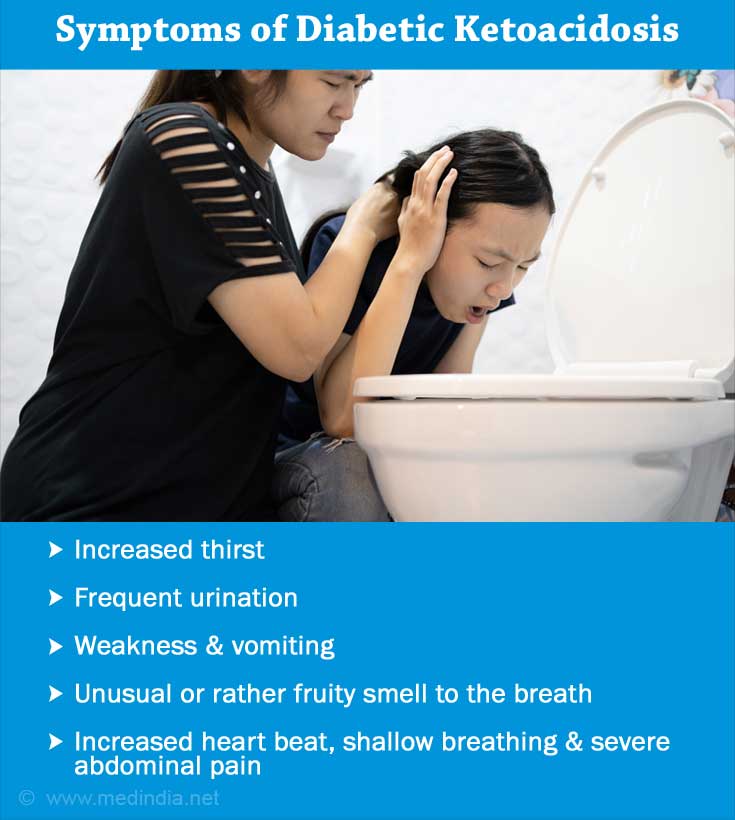 What are the Complications of Diabetic Ketoacidosis (DKA)?

Diabetes ketoacidosis can cause life-threatening complications which include:

How do you Diagnose Diabetic Ketoacidosis (DKA)? 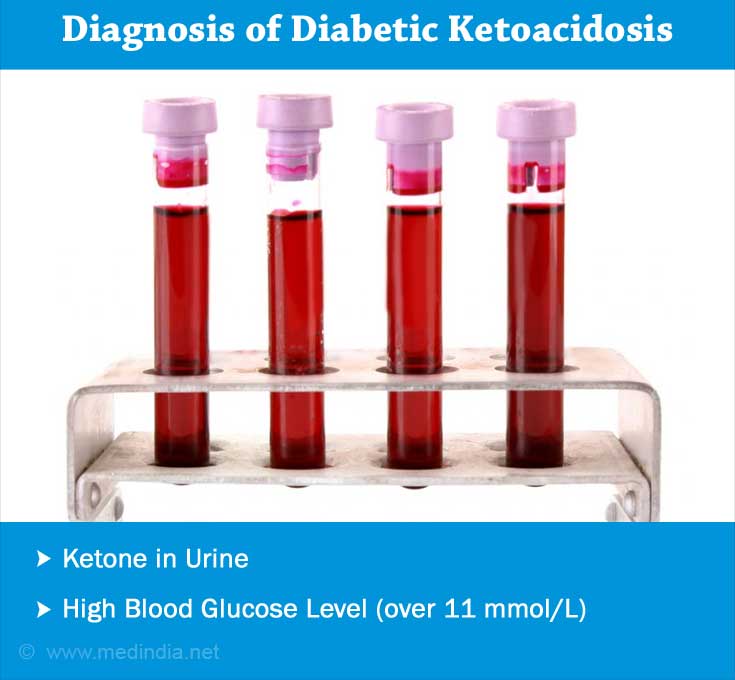 Tests to Detect Triggering Factor: Tests to find the cause of the ketoacidosis like ECG to check for heart condition, and blood and urine culture to test for infection should also be done.

How do you Treat Diabetic Ketoacidosis (DKA)?

DKA is a medical emergency which requires hospitalization. Treatment includes the following:

How do you Prevent Diabetic Ketoacidosis (DKA)?

The following precautions may help to prevent diabetic ketoacidosis: Rhabdomyolysis
Rhabdomyolysis is the breakdown of muscle tissues leading to the release of contents of the muscle fibre into the bloodstream.

FDA Warns of Ketoacidosis With Newer Diabetes Drugs
FDA has issued warning against the use of SGLT2 inhibitors (Type 2 diabetes medication), as the drug correlates with the occurrence of diabetic ketoacidosis.

Type 2 Diabetes
Globalization and changing lifestyles has made diabetes very common in developing countries so much so that India is known as the Diabetes Capital of the World.
Sign up for Wellness Consult a Doctor Sign up for Selfcare
Advertisement
Health Topics A - Z
A B C D E F G H I J K L M N O P Q R S T U V W X Y Z