Copper is an essential trace element that is vital for maintaining good health. Copper deficiency can cause a variety of symptoms, usually due to underlying diseases

Copper is an essential trace element needed for several vital functions. However, its level should be tightly regulated as an accumulation of copper in tissues can cause serious organ damage. This balance is maintained through excretion of excess copper through the bile into feces.

What is Copper Deficiency?

Copper deficiency (also known as hypocupremia) occurs as a result of inadequate consumption or poor absorption of copper in the diet.

The major symptoms of copper deficiency include neuropathy, unsteady gait, spasticity of muscles, and, sometimes, anemia. Copper deficiency can also occur after gastric bypass surgery and administration of parenteral nutrition over long periods. The deficiency can sometimes occur in children that results in stunted growth, weakened bones, and anemia.

The Recommended Dietary Allowance (RDA) of copper in adults is 900 µg/day.

Copper deficiency can occur due to certain underlying conditions. There is a paucity of data on the prevalence of copper deficiency around the globe. The available latest figures are presented below: 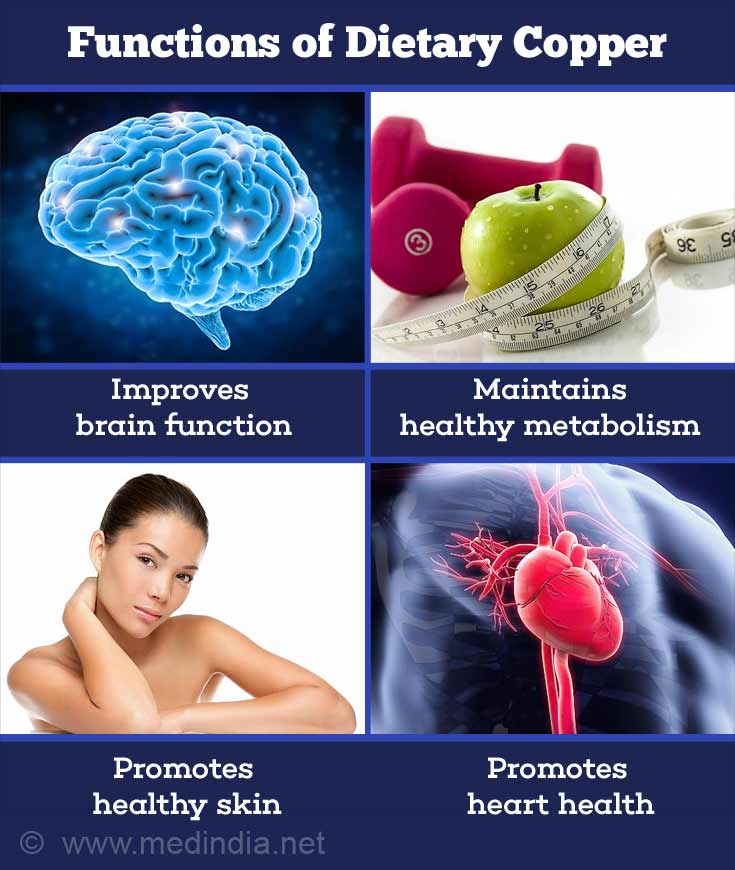 Copper is the third most abundant mineral in the human body, all of which need to be obtained from the diet. Some copper-rich foods include the following: 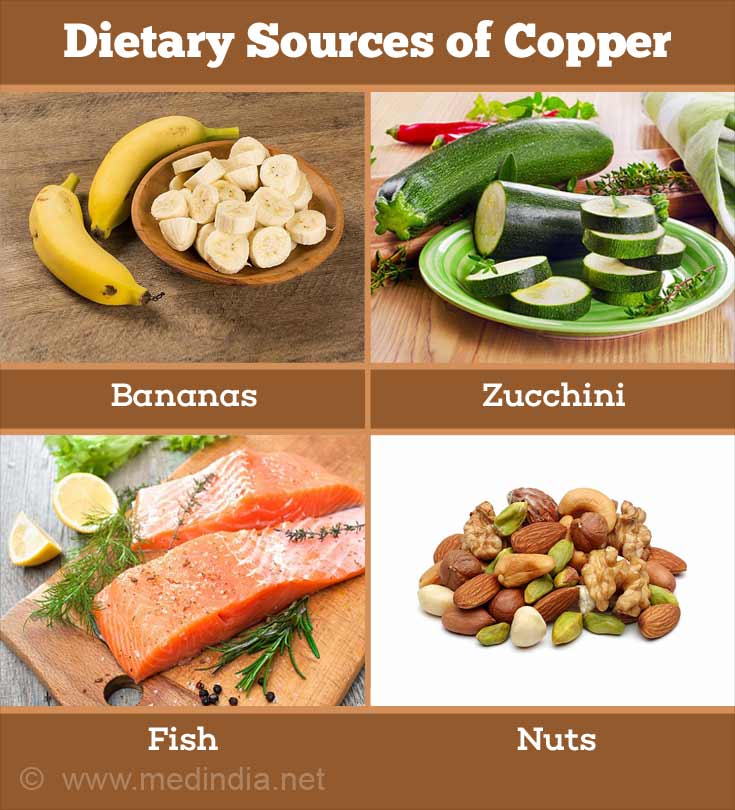 What are the Causes of Copper Deficiency?

Copper deficiency can be caused by several factors. The major ones are highlighted below:

What are the Symptoms and Signs of Copper Deficiency?

Copper deficiency exhibits a wide variety of symptoms. The major ones are listed below: 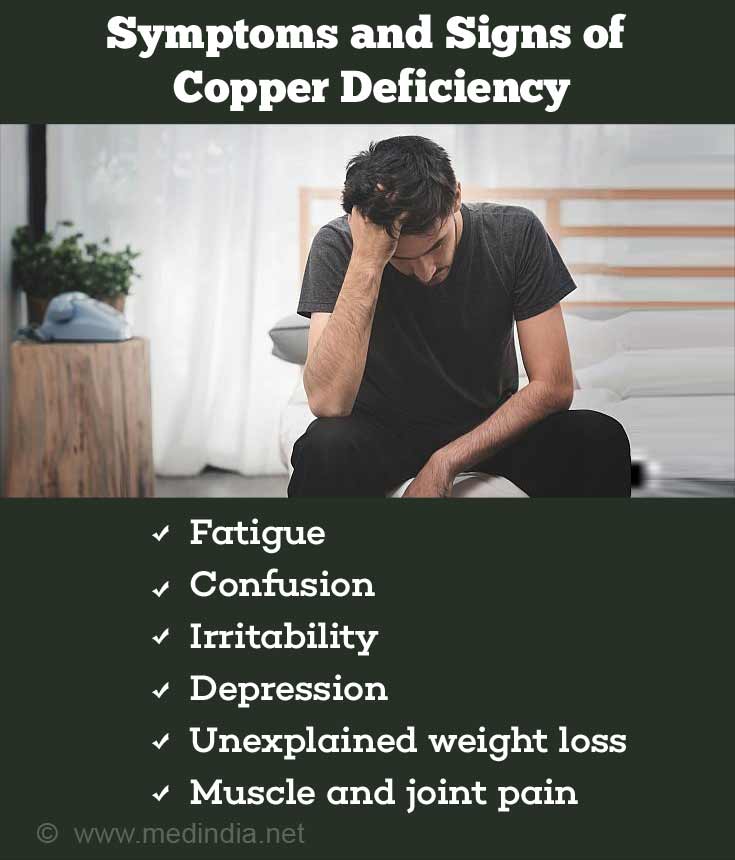 How do you Diagnose Copper Deficiency?

The bulk of the copper (95%) circulating in the blood is bound to ceruloplasmin. Estimation of ceruloplasmin also gives an idea of the amount of copper present in the sample. Copper is tested by a blood or urine test.

Copper and/or ceruloplasmin is tested in the following samples:

In copper deficiency, low levels of copper are noted in blood, urine and liver biopsy samples. This is associated with low ceruloplasmin levels in the blood. 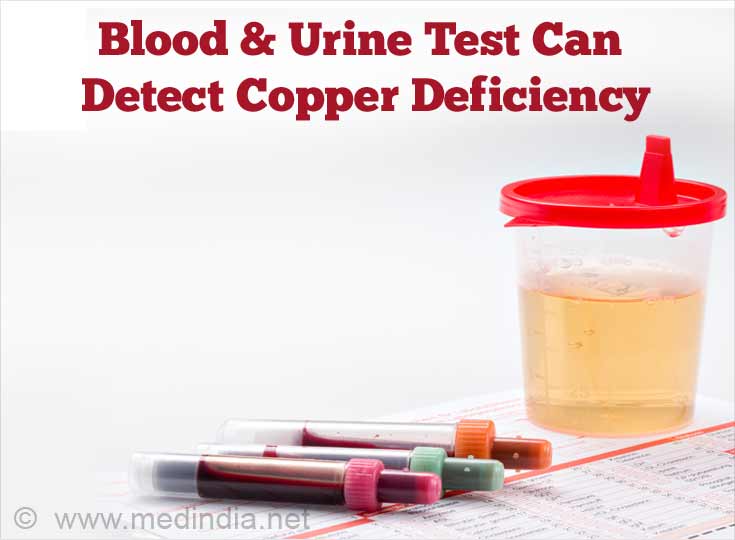 How do you Treat Copper Deficiency?

Treatment of copper deficiency involves either parenteral (through an IV channel) or oral copper supplementation until normal copper levels in the blood are achieved.

A common copper formulation is copper sulfate. In India, it is sold under the Brand Name Fersolate-CM, which is manufactured by GlaxoSmithKline (GSK). Fersolate-CM is a combination of ferrous sulfate, copper sulfate, and manganese sulfate monohydrate.

Top Foods Rich in Essential Minerals Read on for the best food sources of essential minerals and vitamins and the health benefits of vitamins and minerals in food.

Zinc, Copper Deficiencies Elevate Spontaneous Abortion Risk University of Granada scientists has for the first time confirmed that low blood levels of copper and zinc in pregnant women may be a factor associated with spontaneous abortion.

Home Remedies for Gray Hair Gray hair is the appearance of white hair mixed with black hair. It occurs due to decreased production of melanin, which is responsible for skin and hair color.

Health Benefits of Ridge Gourd Ridge gourd is commonly used as a vegetable when cooking in several parts of the world. Here are a few health benefits of ridge gourd and yummy recipes too!

Health Benefits of Ragi Ragi as a whole grain is higher in protein and minerals than all the cereals and millets. Read more on the nutritive value and health benefits of ragi.