Medindia » Health Information » What are the Causes, Triggers, Complications and Types of Epilepsy in Children?

What are the Causes, Triggers, Complications and Types of Epilepsy in Children? 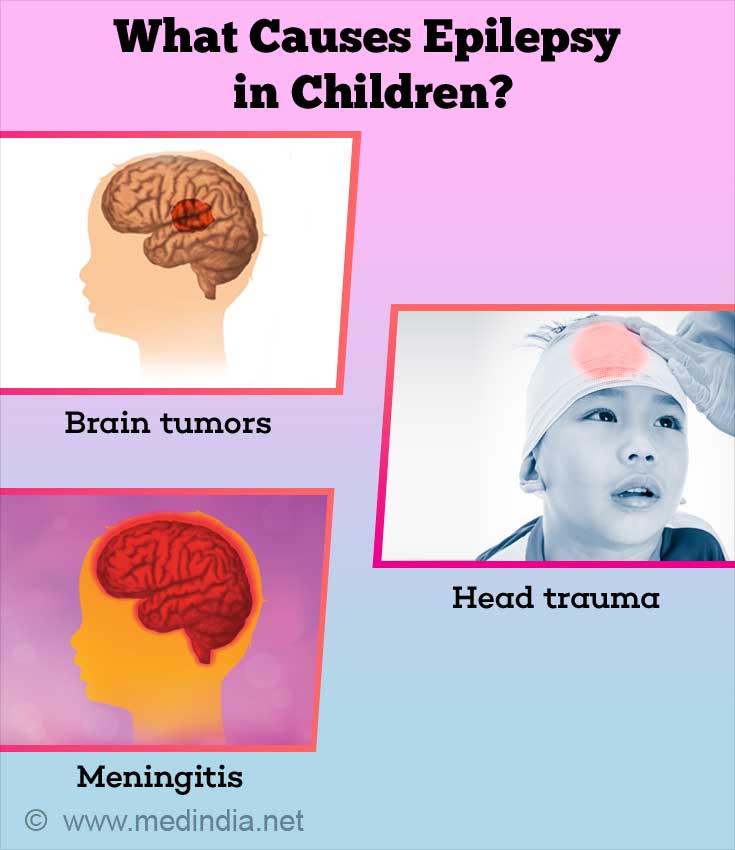 What are the Types of Epilepsy in Children?

Absence or petit mal' seizures  Petit mal epilepsy typically present as frequent (100 times per day or more) episodes of short spells of staring into space spells (lasting a few seconds). It starts in childhood and rarely persists into adult life

Advertisement
Infantile spasms  Seen in infants between 4 to 8 months of age. Occurs as a series of jerks of muscles of the limbs and body especially on waking

Advertisement
Juvenile myoclonic epilepsy  Begins during adolescence, starting as early morning with arm and shoulder muscle contraction and jerky movements that may progress over time to seizures that affect the whole body (generalized tonic clonic seizures). It is an inherited condition

Some rarer forms of epilepsy in children include -

Dravets syndrome  Sudden appearance of severe seizures with muscle jerks, recurrent seizures involving the whole body with or without fever and occasionally status epilepticus (rapid seizures in succession without intervening period of consciousness)

Benign Rolandic epilepsy (benign focal epilepsy)  Recurrent seizures in children 4-10 years seen as focal oral or facial movements, sensory disturbances especially at night. Some children may have generalized seizures. It is more common in boys. The condition usually resolves before the end of adolescence

Benign childhood epilepsy with centrotemporal spikes  Presents as generalized seizures in older children. There is no structural brain lesion and the condition has an excellent prognosis

Panayiotopoulos syndrome  Starts between 3 to 10 years of age. Child becomes pale and feels sick and typically vomits during the seizure. The seizures are prolonged lasting nearly 60 minutes sometimes. Many episodes occur during sleep

Positive Effect of Epilepsy Drugs on Children Epilepsy is a nervous disorder which cause seizures. Anti-epileptic drugs used in adults found to be effective in children, according to a recent analysis.

Mutations that cause Severe Infant Epilepsy Identified SCN3A mutations were found to be the cause for severe infantile epilepsy and can lead to the development of early protective treatments.

New Targets for Epilepsy Treatment can be Identified New analysis shows underlying biology of genes that cause infantile spasms. This helps in the development of new avenues for targeted treatments.