What are the Causes of Eardrum Perforation?

What are the Symptoms and Signs of Eardrum Perforation?

The most prominent symptoms of eardrum perforation are:

1. Hearing loss  Conductive occurs at sound intensities below 50 dB (decibels) where the sound does not pass through to the inner ear. You begin to lose the capacity to hear low decibel sounds. Only if the perforation is really large, will high decibel sounds become difficult to hear.

3. Repeated infections  Infections in the middle ear (Otitis media) results in pus formation and this can cause a rupture or hole in the tympanic membrane. Due to the rupture of the eardrum, the middle ear is susceptible to external infections. If the infections do not resolve, you are likely to suffer from permanent hearing damage.

4. Pus or clear or blood-stained liquid secretions from the ear

6. Buzzing noise in the ear (tinnitus)

7. Itching sensation in the ear 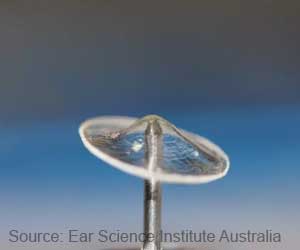 Now Silkworms to Repair Damaged Eardrums
An ear implant device has been developed from silk to repair perforated eardrums. The implant called ClearDrum can repair damaged eardrum in just one procedure.
READ MORE

Ruptured Eardrum from Cotton Swab
A ruptured eardrum could result from inserting a cotton swab in the ear, state researchers in a new study.
READ MORE