Castleman disease is a rare benign disease that affects the lymph nodes of the body. It can either affect one group or sometimes several groups of lymph nodes.

What is Castleman Disease?

Castleman disease (CD) is a rare disease of lymph nodes and lymphoid tissues in which there is an overgrowth of cells in your body's lymphatic system. These cells help to defend our body against disease and other invading foreign bodies. Castleman's disease is benign disease and  can either affect one group or sometimes several groups of lymph nodes.

Though there is an abnormal overgrowth of cells of the lymph system which is similar in many ways to cancers of lymph nodes or lymphomas, CD is not cancer.

What are the Causes of Castleman Disease? 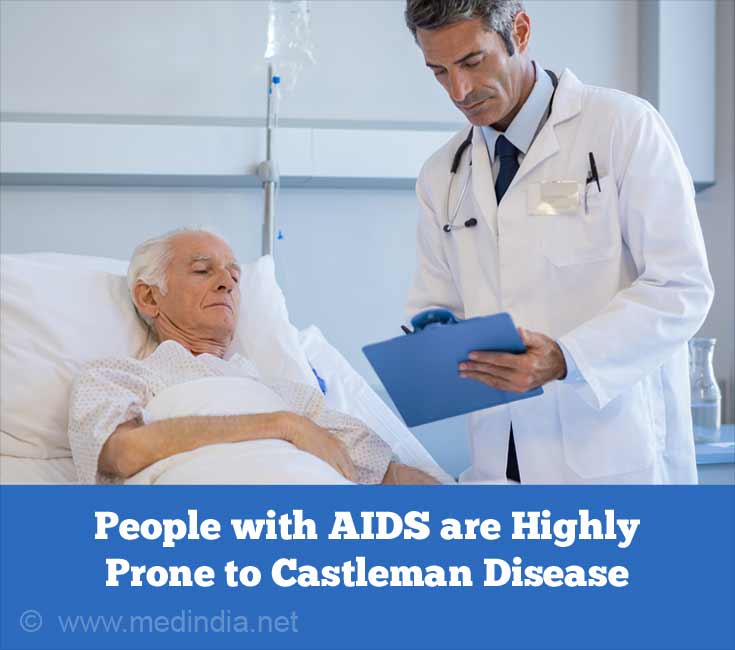 What are the Symptoms and Signs of Castleman Disease?

If you have MCD, you may also have some of the same symptoms as UCD, but also other symptoms such as:

How do you Diagnose Castleman Disease?

If Castleman disease is suspected, your doctor will first ask you about your medical history and about the duration and severity of your signs and symptoms. Then the doctor will perform a physical examination by feeling your lymph nodes, to determine their size and consistency. The following laboratory tests may be advised to help confirm the diagnosis of CD. 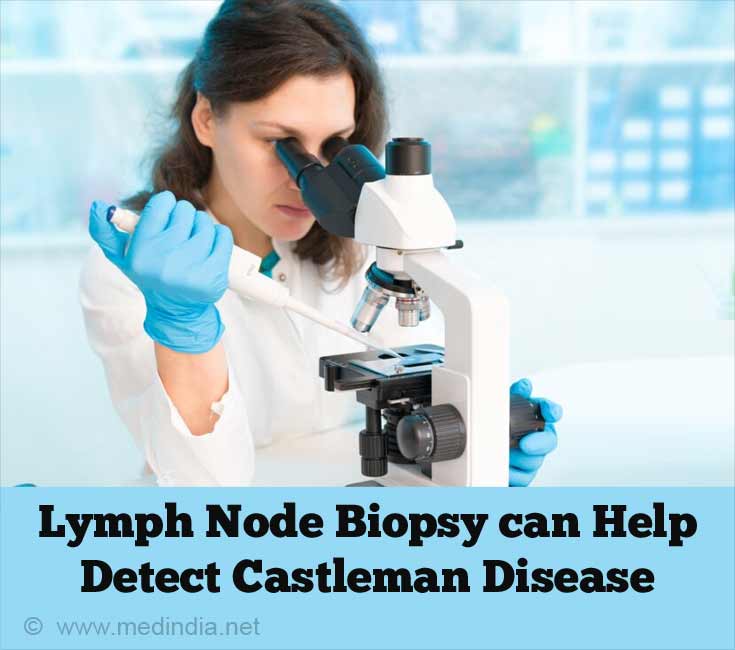 People with unicentric Castleman disease often notice no signs or symptoms and the diseased lymph node may be found incidentally during screening or treatment for another disease.

How do you Treat Castleman Disease? 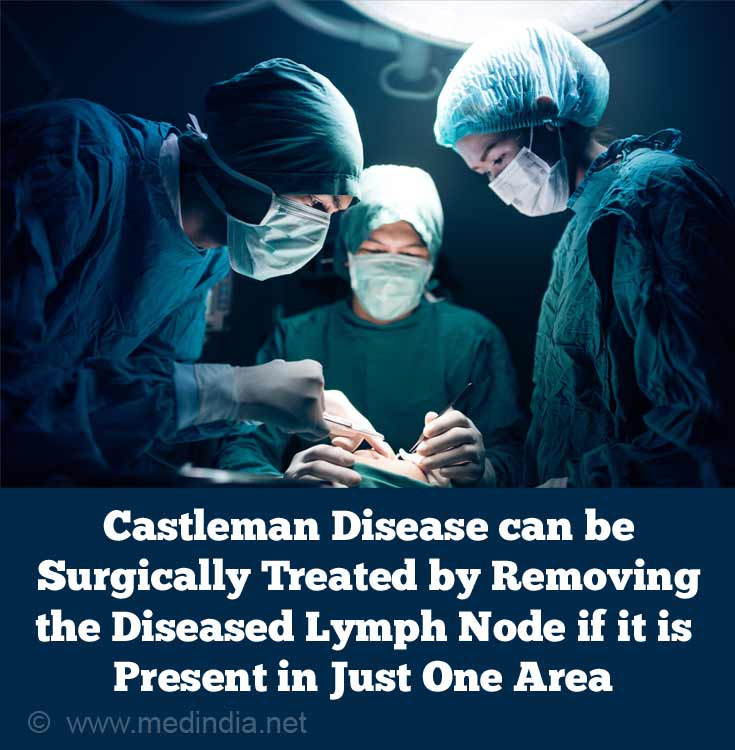 How to Prevent Castleman Disease?

There is no known way to prevent CD as the exact cause is not clearly understood, If you have HIV virus that causes AIDS, you have a higher risk of getting the multicentric form of Castleman disease. Also since your immune system is weak, you're more likely to get infected with another virus called HHV8. Hence the best way to reduce your risk for Castleman disease is to protect yourself against HIV infection.

What is the Prognosis of Castleman Disease?

The prognosis for people with unicentric Castleman disease (UCD) is generally favorable. In most cases, the condition can be cured by surgically removing the affected lymph node.

AIDS-HIV-Cancer AIDS defining malignancies are cancers that occur in patients with AIDS due to their low immunity.

Swollen Glands Swollen lymph nodes/ Lymphadenopathy is a condition where lymph nodes that are present throughout the body that are otherwise not palpable become enlarged and are palpable.

Lymphedema Lymphedema is commonly caused by the removal of or damage to the lymph nodes as a part of cancer treatment. The swelling occurs in one of the arms or legs.
Sign up for Wellness Consult a Doctor Sign up for Selfcare
Advertisement
Health Topics A - Z
A B C D E F G H I J K L M N O P Q R S T U V W X Y Z