What is Brain Tumor?

Brain tumors can be benign or malignant. Benign tumors are non-cancerous, grows slowly and rarely spread to other parts of the brain. On the contrary, malignant are cancerous, grow rapidly and spread to other parts of the brain. Both types of tumors can cause problems owing to the pressure exerted on the surrounding brain structures and hampering their function referred to as pressure effects.

The types of brain tumors seen in children are different from adults and usually appear at different locations. In children, brain and spinal cord tumors are the second most common cancers after leukemia.

Structure and Function of the Human Brain

Brain is one of the most fascinating organ which controls human senses, movement, emotions, reactions, communication, memory and most importantly, humans ability to think. It lies within the skull.

Skull is made of bones called cranium. There are layers of membranes between brain and skull, called meninges. The space between these layers of meninges contains a fluid called cerebrospinal fluid (CSF). This fluid circulates around the brain and spinal cord. In infants, the bones of the skull are separate and not sutured. This allows the infants brain to grow. There is a soft spot on infants skull called anterior fontanelle, where the four skull bones meet.

Vertebral column encases the spinal cord which extends from the brain stem through an opening in the base of the skull called foramen mag­num. Vertebral column is protected by bones called vertebrae.

The main parts of the brain are:

Facts about Brain and Spinal Tumors in Children

What are the Types of Brain Tumors in Children?

Brain tumors in children can occur in various parts of the brain.

More than 60% of tumors in children are located in the back of the brain. Tumors occurring in this area include:

30% to 40% of tumors occurring in childhood are located in cerebrum, within cerebral hemispheres namely,

What are the Causes of Brain Tumors in Children?

The exact cause of brain tumor is unknown till today. In children, brain tumors may occur as a part of inherited syndromes like:

It might also result from radiation exposure, if the child has been exposed to severe high powered radiations during early developmental years of life.

What are the Symptoms and Signs of Brain Tumor?

The severity of signs depend on the size of the tumor, its site and level of pressure it exerts on the brain structures. Seizure is the most common symptom in children. In infants, an increase in head size with bulging at the soft spots is reported.

Headache is one of the most common symptoms of brain tumor. Patterns of headache are reported in brain tumor patients as below:

Symptoms reported as per the location of the brain tumor

How is Brain Tumor Diagnosed in Children?

If the patient reports any of the above symptoms and doctor suspects brain tumor, following tests are done to confirm the diagnosis

Radiological Imaging such as Magnetic resonance imaging (MRI), Computed tomography (CT) scans show the location and extent of any tumor that may be present.

Magnetic resonance angiography may be done to look at the blood vessels in the brain.

Functional MRI to look at tiny blood flow changes in brain which helps in planning surgery or radiation therapy.

Positron emission tomography (PET) scan where a radioactive substance is injected into the blood to determine the level and grade of disease, extent of spread and affected area.

Biopsy and microscopic examination to determine whether tumor is malignant or benign.

What is the Treatment of Brain Tumors in Children?

Brain tumors are treated with surgery, radiation therapy and chemotherapy.

In general, Grade I and II tumors are low grade and treated with surgery and continuous monitoring. Grade III and IV tumors are malignant and grow quickly, therefore, are more difficult to remove surgically and require radiation and chemotherapy in addition to surgical removal.

Radiation Therapy is done by using high-powered rays to damage cancer cells and tumor tissue that cannot be removed with surgery. It is given in two ways, external radiation directed just to the tumor, surrounding tissue or entire brain and spinal cord. Internal radiation through a radioactive material placed directly in the tumor, called implant radiation therapy.

Possible side effects of treatment are:

Follow-up of Children with Brain Tumors

Following initial treatment, children should be followed up by the neurosurgeon for the following reasons.

Tumors in the brain or spinal cord are formally staged and graded which help in determining the childs treatment and prognosis.

Factors that may affect the prognosis include:

Latest Publications and Research on Brain Tumor in Children

Persistent Headache may be an Indicator for Brain Tumor
Often headaches are treated with painkillers, even though there could be the other underlying causes. Persistent headache may be due to the existence of a brain tumor.
READ MORE

Researchers Map Out How Childhood Brain Tumors Relapse
Researchers have discovered the unique genetic paths that the childhood brain tumour medulloblastoma follows when the disease comes back, according to research published in Cancer Cell.
READ MORE

New Tool for Predicting the Outcome of Pediatric Brain Tumor
Biomarker that will aid in predicting the prognosis of pediatric ependymomas has been identified.
READ MORE 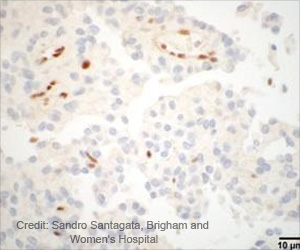 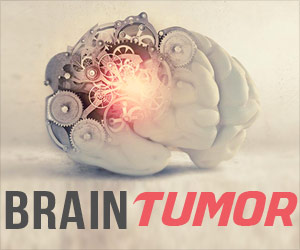 Infographics on Brain Tumor
Brain tumor is a cancerous or non-cancerous mass or growth of abnormal cells in the brain. Get infographic on brain tumor
READ MORE 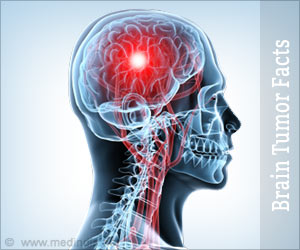 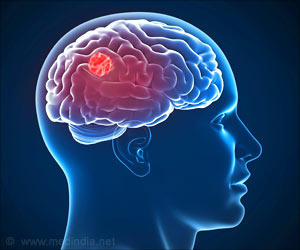 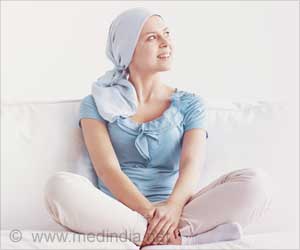 Brain Tumor
Brain tumors are the abnormal growth of brain cells that may be benign or metastatic. Brain tumors account for about 2.4% of all the tumor diagnosesandare most challenging due to their critically delicate location.
READ MORE

Drugs for Brain Tumor in Children