Bariatric surgery is a type of digestive tract surgery used to treat obesity. In this surgery, the size of the stomach is surgically reduced so that it holds less quantity of food and therefore reduces the total amounts of calories that are available to the patient. Obese patients who qualify for bariatric surgery include the following:

Bariatric surgery procedures are of several types. They are commonly done with the help of a laparoscope, though they are sometimes performed as open surgery. Types of bariatric surgery include the following:

Laparoscopic adjustable gastric banding (LAGB): LAGB is a surgical technique where an inflatable balloon is placed at the upper end of the stomach through a keyhole surgery. The tightness of the band can be controlled by inserting or removing saline into a port placed under the skin.

Biliopancreatic diversion, with or without duodenal switch (BPD and BPD-DS): This procedure is rarely done. The stomach is converted into a narrow pouch similar to the sleeve gastrectomy. A larger length of the intestine is bypassed as compared to RYGB.

Vertical banded gastrectomy: This procedure creates a permanent small vertical stomach pouch with the help of a band and staples.

In the United States over 200,000 bariatric procedures are performed each year for obesity and approximately 80 percent are gastric bypass surgeries.

What are the Short-term and Long-term Outcomes of Bariatric Surgery?

The outcomes of bariatric surgery can be divided into favorable and unfavorable.

The most desired favorable outcome is obviously weight loss. The surgery does have other favorable as well as some unfavorable complications along with it.

1. Weight loss - Weight loss is the purpose and outcome of bariatric surgery. Due to a smaller stomach size, the patient has to limit food intake, which results in weight loss. The amount of weight loss depends on the type of surgery. Extensive surgeries are associated with larger weight loss, and also a higher rate of complications. Limited procedures bring about smaller reductions in weight but have lesser complications.

The weight loss appears soon after surgery and lasts for a long time. The maximum weight loss is noted in one to two years following the surgery. Following this period, the patient gains some weight which stabilizes after around 8 to 10 years. The patient regains around 20 to 25% of the lost weight by this time.

2. Psychological effect: The body changes due to weight loss following the surgery can have a positive psychological impact on the person. An enhanced body image improves the self-esteem and associated anxiety or depression if present. However, these could recur if the patient puts on weight again.

3. Improvement of obesity-related comorbidities: Obesity is not a single disease, but plays an important causative role in a cluster of other conditions like diabetes, hypertension and obstructive sleep apnea. These conditions show an improvement following bariatric surgery:

Diabetes control may improve in the short term but may recur in the long term. It has been noted that around 72% diabetics become non-diabetics around 2 years following the surgery; however, only 36% continue to remain diabetes-free 10 years after surgery. Patients who undergo RYGB show better diabetes control than those who undergo other limited procedures. People who are likely to recover include those who have had a shorter duration of diabetes, lower HbA1c levels and do not require insulin.

Obesity is associated with high blood levels of cholesterol and triglyceride which can cause complications like atherosclerosis, hypertension, heart disease and pancreatitis. The blood cholesterol levels reduce within two weeks of surgery, and reduce the chances of long-term complications.

Obesity causes heart enlargement. The atherosclerosis associated with obesity can result in a heart attack, which can even result in death. Patients with heart disease show an improvement in heart function and mortality and morbidity due to heart disease. The possible mechanisms for the reduced heart disease following bariatric surgery are an improvement in diabetes, hypertension and abnormal blood cholesterol levels. The patient can also move and exercise more easily, which ultimately improves heart health.

Patients with obesity find it difficult to exercise and move around, which only worsens their obesity. Bariatric surgery can improve activities of daily living and encourages people to exercise. It helps to reduce load on the knee joints, and improves pain in joints like the lower back and knee.

1. Dumping syndrome: Dumping syndrome is a condition where the patient experiences symptoms within half an hour to an hour after eating. Similar symptoms may also occur two to three hours after meals, which may be due to low blood sugar levels.

The most common symptoms include:

Patients with dumping syndrome may benefit by avoiding excess sugar in the food and eating small meals containing protein and carbohydrates.

Patients may require treatment with acarbose or somatostatin analogues like octreotide.

Acarbose is an anti-diabetes drug that slows the absorption of sugar from the digestive tract.

Octreotide acts through several mechanisms like slowing down movements of the stomach and intestine, reducing hormone levels and acting on blood vessels.

2. Gastroesophageal reflux disease (GERD): GERD is reflux of acid contents of the stomach into the lower food pipe. Patients with obesity often suffer from GERD, which may worsen after bariatric surgery. Marginal gastric ulcers may also occur at the anastomotic site. However, patients undergoing RYGB show a reduction in GERD following the procedure.

3. Some short term surgical complications: Other complications associated with gastrointestinal surgeries may be noted in patients undergoing bariatric surgery in the immediate post-operative period or within the first 1 to 3 months. These include:

4. Nutritional deficiencies: If the nutrition intake is not adequate, patients can suffer from deficiencies in the long run. The degree of deficiency depends upon the type of procedure.

Protein deficiency is often noted one to two years following the procedure, which can be prevented by a high-protein diet as advised by a dietician. Patients should receive supplements of calcium and vitamins. Patients suffering from iron deficiency may need injectable iron.

5. Appearance of skin folds: The weight loss following the surgery may result in flabby skin folds in the lower abdomen. Flabby skin near the buttocks may make it difficult for the person to sit. The skin folds can accumulate sweat under them and result in redness and soreness. These may require additional plastic surgery, which can add to the cost of treatment.

7. Effect of Alcohol Intake: It has been reported that after bariatric surgery fewer drinks are required for a person to get drunk.

Gastric bypass may result in more rapid absorption of alcohol from the intestines as the alcohol stays for a shorter time in the stomach due to its reduced size. This results in increased sensitivity to alcohol and also increase in the blood level of alcohol. One drink may be enough to get a person above the normal drinking limit. So if you have had bariatric surgery dont drink and drive.

It has also been reported that alcohol abuse was more likely after bariatric surgery. In a large survey of more than 1,900 bariatric surgery patients was published in the Journal of the American Medical Association (JAMA), it was shown that in the second year following gastric bypass surgery, among those reporting post-surgery alcohol problems, 60.5 percent hadnt had drinking problems before.

The short and long term effects of bariatric surgery are largely dependent on proper patient selection. Thus, if the candidate is properly selected, the benefits of the procedure definitely outweigh the risks. The expectations of the patient should also be set prior to the surgery so as to avoid disappointment. 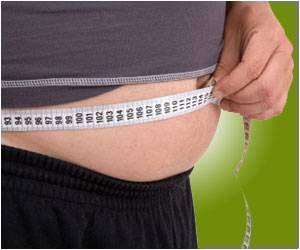 Top 15 Health Benefits of Bariatric Surgery
Bariatric or weight loss surgery is done on persons with severe obesity who are unable to lose weight by other methods or those who have obesity-related health issues.
READ MORE
Sign up for Wellness Consult a Doctor Sign up for Selfcare