Written by Jayashree Thakwani, M.Pharm.Sci
Medically Reviewed by The Medindia Medical Review Team on May 11, 2018

Psychosis: Mental disturbance of serious magnitude that may be characterized by loss of contact with reality. Delusions and hallucinations are often present

Neurotransmitter: Chemicals that act as messengers between cells in the brain and nervous system; they transmit impulses across the gap from a neuron to another neuron, a muscle, or a gland

Serotonin: A neurotransmitter involved in the processes of sleep and memory, as well as other neurological functions

Dopamine: A chemical that transmits messages in the brain and plays a role in movement

Neuroleptics: Drugs like Anti-psychotics which reduce the features of psychosis


Bipolar Disorder: This disorder is characterized by successive feelings of elation and depression

Schizophrenia: The most common form of psychosis, characterized by partial or total withdrawal of interest in the world outside of oneself and loss of intellectual and emotional function

Depression: Mental state of low mood commonly associated with feelings of sadness, emptiness, despair or loss of interest in life or worldly matters

Hallucinations: A perception of something (as a visual image or a sound) with no external cause usually arising from a disorder of the nervous system (as in delirium tremens or in functional psychosis without known neurological disease) or in response to drugs

Delusions: A false, unshakable belief that cannot be corrected with reasoning, and is not in the same social, educational, or cultural background as the patient 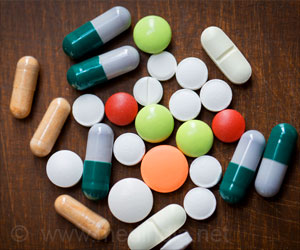 Anxiety Disorder
Anxiety disorder involves excessive worry about actual circumstances, events or conflicts. Anyone can develop this disorder. Genes may play a role.
READ MORE
Sign up for Wellness Consult a Doctor Sign up for Selfcare