It is a rare birth defect that causes obstruction in the small intestine due to the pancreas that encircles it blocking passage of food. Surgery is the best treatment option.

What is Annular Pancreas?

Annular pancreas is a rare condition that develops at birth. Although some newborns suffer at the onset, the symptoms go unnoticed in most cases and may manifest in adulthood. Annular pancreas occurs when the pancreas blocks the duodenum (part of the small intestine that involves digestion), completely or partially, by encircling it. The duodenum is obstructed (stenosis) and partially digested food may be unable to pass through the small intestine.

Males are more inclined to be affected with annular pancreas than females.

What are the Signs and Symptoms of Annular Pancreas?

The signs and symptoms vary based on the age of the individual.

Newborns are unable to feed well and spit up food more often than usual.

Even if the pancreas completely encircles the duodenum, peptic ulcers and pancreatitis may prevent food from passing through the duodenum.

How Do You Diagnose Annular Pancreas?

Your physician will examine the clinical symptoms and recommend imaging to confirm the diagnosis. The upper gastrointestinal series (upper GI) is the preferred site of imaging.

To ensure correct diagnosis, imaging techniques are useful to diagnose annular pancreas. Ultrasound imaging of the fetus can detect a dilated duodenum and complications in the development of the pancreas. Abdominal radiographs show a double bubble sign to indicate obstruction in the duodenum. However, in some cases, a barium meal study and surgical exploration of the affected area help to confirm diagnosis.

Postnatal diagnosis is based on clinical symptoms and imaging results.

How Do You Treat Annular Pancreas?

Treatment strategy should be personalized and cater to the individuals requirements based on the diagnosis.

Surgery is the best way to treat annular pancreas.

In severe cases of duodenum obstruction in children and adults, duodenum bypass is performed.

Duodenojejunostomy and Duodenoduodenostomy are recommended methods of surgery in adults and children, respectively.

In a rare subtype of annular pancreas, pancreatoduodenectomy was performed and the patient did not experience any complications following the surgery. The patient had a unique case of the pancreatic duct and the bile duct, opening into the pyloric ring (the junction between the stomach and the duodenum). Pancreatoduodenectomy is performed only in cases complicated with pancreatitis.

Another rare case of annular pancreas was treated successfully with laparoscopic duodenojejunostomy.

Removing (resection) the pancreatic tissue is rarely performed because of the complications involved in the procedure, e.g. reduced permanent cure rate, pancreatitis, repeated obstruction of the duodenum, and reduced relief rate.

What are the Complications of Annular Pancreas?

Annular pancreas is diagnosed due to symptoms that develop with associated conditions, such as gastrointestinal problems at birth, Down syndrome, peptic ulcer, pancreatitis, and extra amniotic fluid during pregnancy.

How Can You Prevent Annular Pancreas?

Annular pancreas is a birth defect and hence cannot be prevented. It can be diagnosed before birth and appropriate management strategies may be adopted to deal with the condition. 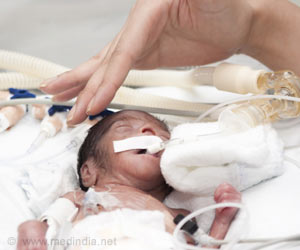 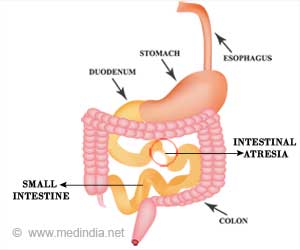 Intestinal Atresia
Intestinal atresia is a congenital condition where a segment of the intestine has failed to develop leading to complete obstruction and inability for fluids and food to pass through. The condition is life-threatening if surgery is not performed ...
READ MORE
Sign up for Wellness Consult a Doctor Sign up for Selfcare