What are Angiotensin-Converting Enzyme (ACE) Inhibitors?

ACE is an enzyme that helps to form a chemical known as angiotensin II in the body. The function of angiotensin II is to constrict or narrow the blood vessels which in turn increases blood pressure. Angiotensin II is also responsible for secreting certain hormones in the body that help regulate the bodys water and sodium reabsorption through the kidneys.

ACE inhibitors prevent the formation of angiotensin II in the body, thereby lowering blood pressure by dilating or expanding the blood vessels. This way, the medication helps to lower blood pressure and reduce the work load of the heart.

What Is It Prescribed for? 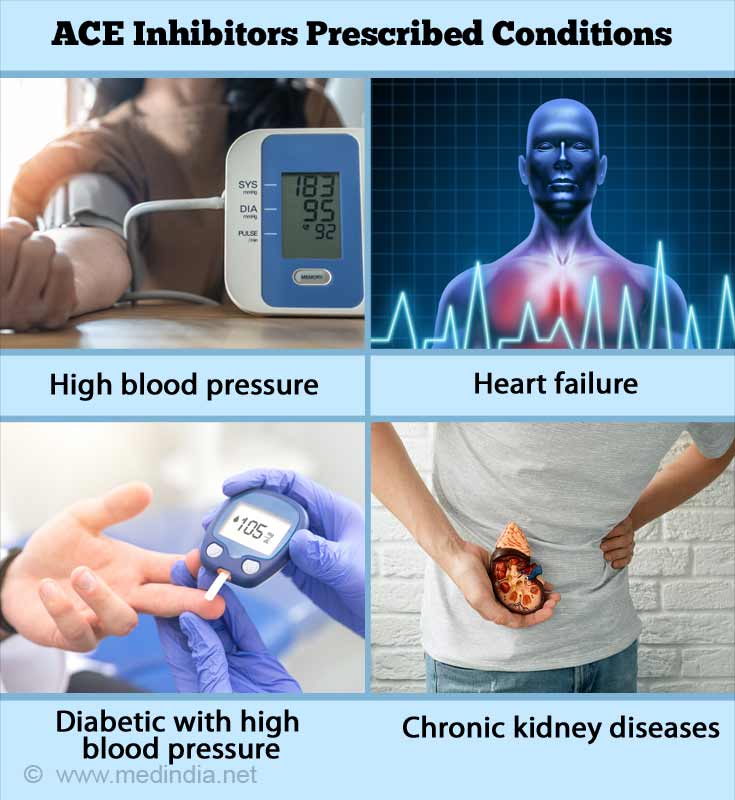 Examples of ACE-I include:

What are the Side Effects of Angiotensin-Converting Enzyme (ACE) Inhibitors?

ACE Inhibitor Side Effects Prompts New Treatment Strategy
The serious effects in using an ACE inhibitor have been examined in a new study at the Henry Ford Hospital that recommends a safe and less threatening treatment strategy.