It is the process of formation of new blood vessels from pre-existing blood vessels. It occurs both in health as well as disease.

Angiogenesis refers to the process of formation of new blood vessels from existing blood vessels and is a critical component of healing and reproduction. It takes place throughout life, beginning in the womb.

Angiogenesis is a highly regulated process through a fine balance of angiogenesis promoting and inhibitory factors. Oxygen plays a key role in the regulation of angiogenesis. When the balance is disturbed, the result is either or too much or too little angiogenesis leading to several diseases including cancer, cardiovascular disease, stroke, skin diseases, age-related blindness, diabetic ulcers, and several others.

The first recorded scientific insights into the field of angiogenesis were given by the Scottish anatomist and surgeon Sir John Hunter way back in 1794. His observations suggested that the vascularity of any tissue is proportional to its metabolic requirements, and this relation is maintained both in health and disease.

In the modern era, the importance of angiogenesis in the growth and spread of cancer was put forth by Judah Folkman in 1971, leading to a profusion of research in the development of angiogenesis inhibitors for the treatment of cancer in the last four decades.

What are the Steps involved in Angiogenesis?

Angiogenesis is a multistep process that includes the following:

What are the Types of Angiogenesis?

The two types of angiogenesis are sprouting and intussusceptive or splitting angiogenesis.

This was the type first described and occurs when new blood vessels sprout or bud from existing blood vessels by the steps outlined in the above paragraph. Sprouting angiogenesis is initiated in tissues when oxygen sensors detect a low level of oxygen (hypoxia), and the process of angiogenesis begins to satisfy the metabolic requirements of the tissue.

How Does Angiogenesis Influence Cancer?

Cancer refers to an abnormal new growth characterized by rapid and uncontrolled proliferation of cells that can spread to other sites. These fast growing tumors need a dedicated blood supply, to supply oxygen and other essential nutrients they require in order to grow beyond a certain size.

Angiogenesis is believed to play an important role both in tumor growth as well as metastasis or distant spread.

Angiogenesis is also necessary for the spread of cancer cells. These cells are carried by the newly formed blood vessels to a distant site, where they can implant and initiate the growth of a secondary tumor (away from the primary). The secondary tumor will also require angiogenesis for its growth and expansion and to remove the metabolic waste products of its rapidly dividing cells.

Research now suggests the blood vessels in solid tumors may, in fact, be mixed or mosaic vessels, composed of tumor cells and endothelial cells. This allows for the shedding of tumor cells into the vessel lumen, possibly contributing to the appearance of circulating tumor cells in the peripheral blood of patients with malignancies.

Angiogenesis in Cancers and Disease

In addition to cancer, angiogenesis has been shown to be a key component in several diseases and the list continues to grow.

Below is a list of diseases associated with abnormal angiogenesis, both excessive as well as insufficient blood vessel formation.

Angiogenesis-based medicine targets the angiogenic processes that cause disease and aims to restore the normal homeostasis. It is a wide-ranging approach to fight diseases by using new medical treatments that either inhibit or stimulate angiogenesis. With the use of these drugs, doctors can prolong the lives of cancer patients, prevent limb amputations, reverse vision loss, and improve general health.

Anti-angiogenic treatments cut off the blood supply of the tumor starving it of oxygen and other essential nutrients.

Antiangiogenic drugs are now approved and available to treat several cancers such as those of the colon, lung, breast, liver, brain, kidney, ovaries, and thyroid, as well as multiple myeloma, bone cancers, gastrointestinal stromal tumors, and soft tissue sarcoma.

Side effects of Angiogenesis Inhibitors

The side effects of anti-angiogenic drugs include the following:

It is possible that some of the side effects of angiogenic inhibitors are still not known. With increasing use of these drugs, more knowledge will be gained on the other side effects as well.

Therapeutic angiogenesis stimulates new vessel formation where it is lacking but necessary. It is used to reinforce the blood supply to chronic wounds and promote healing, and helps to prevent avoidable amputations. Studies suggest that this approach can also be used to save limbs with impaired circulation, and even hearts with poor blood supply. Therapeutic angiogenesis could also help to regenerate damaged or destroyed tissues such as with nerves and brain tissue that were previously considered impossible.

One novel agent that is being used in therapeutic angiogenesis is Becaplermin, which enhances angiogenesis. It has been approved as a local application for diabetic foot ulcers to improve lower limb circulation.

Latest Publications and Research on Angiogenesis 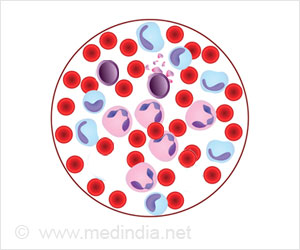 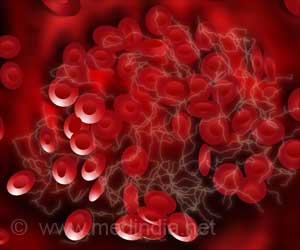 3D-Printed Patch: Novel Approach To Treat Ischemia
Ischemia often occurs when the blood flow is restricted or reduced in some parts of the body. Newly designed 3-D printed patches can help to treat ischemia.
READ MORE 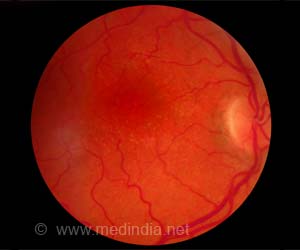 CRISPR Used to Block Angiogenesis in the Retina
CRISPR was used to edit the vascular endothelial growth factor receptor (VEGFR) 2 which is involved in angiogenesis associated diseases.
READ MORE

Angiogenesis Drugs may Help Treat Several Metastatic Cancers
Blood vessel growth, or angiogenesis, is critical for cancer to grow and spread throughout the body.
READ MORE

How Anti-Angiogenesis Treatment Would Help Eliminate a Tumor
Deciphering and targeting mechanisms involved in resistance to anti-angiogenic therapy is critical to realizing the potential of the promising cancer therapy.
READ MORE
Sign up for Wellness Consult a Doctor Sign up for Selfcare