E- cigarettes are devices designed to provide nicotine with flavors or other chemicals in the form of vapor instead of smoke.

All You Need to Know About E-cigarettes

E-cigarettes, are electronic cigarettes that are classified among the Electronic Nicotine delivery devices. They are often battery operated, containing nicotine with flavors and other chemicals in the form of vapor instead of smoke. E-cigarettes are available in the shape of a pen or a cigarette, although refillable ones look slightly different. Other nicotine delivery devices include vaporizers, hookah pens, vape pens, electronic cigars and electronic pipes, among others.

E-cigarettes can be categorized into 3 types:

Disposable E-cigarettes: These look like normal cigarettes and have a glowing end due to a Light Emitting Diode (LED). The device can be recharged on requirement and it has a replaceable cartridge. These cigarettes have a short battery life, hence run out fast and the vapor performance is also poor.

Refillable E-cigarettes: It is one of the better electronic cigarettes which can be refilled and they provide a longer battery life, hence a better vapor performance.

Advanced E-cigarettes: These devices are aimed at achieving maximum vapor performance from the device.

How do E-cigarettes Work?

Most e-cigarettes consist of 3 main components:

What Chemicals are Used in E-cigarettes?

E-cigarettes are taken as a healthier alternative among ex-smokers, it is also taken as a safer way to inhale nicotine. The major chemical in e-cigarettes is nicotine, while solvents used are:

Nicotine is the main ingredient of e-cigarettes and it is an addictive agent. The content of nicotine often varies by brand and the type of e-cigarettes. Studies reveal that the nicotine delivery from 300 puffs range from 2 to 15 mg. This is not related to the content of the nicotine in the liquid. The level of nicotine in the vapor is also found to be much lesser than the conventional cigarettes.

Are E-cigarettes Safer than Conventional Cigarettes?

Ecigarettes should be used only as an alternative for regular smokers and those who have a relapse due to the nicotine addiction. But this device should not be used by youngsters as risks do exist in its use.

How Do E-cigarettes Help a Person to Reduce Tobacco Smoking?

What are the Adverse Effects Associated with the Use of E-cigarettes?

Few adverse events have been reported with the use of e-cigarettes. As the main content of the device is nicotine, there may be accidental exposure of liquid nicotine in high doses by ingestion or skin contact to the person or to a child if left unattended. The first symptoms of such a poisoning would be excessive vomiting.

Burns have been reported due to battery explosion, sparked off by faulty devices. Other adverse events reported in foreign studies include pneumonia, seizure, heart failure and hypotension. 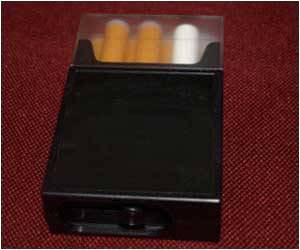 E-Cigarettes Can Be Less Addictive Than the Traditional Ones
Smoking e-cigarettes can be less addictive when compared to those who use traditional cigarettes, finds a new study.
READ MORE 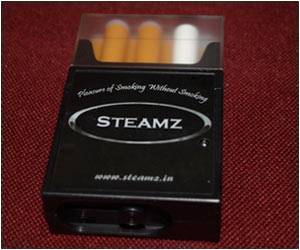 Drugs for All You Need to Know About E-cigarettes

All You Need to Know About E-cigarettes - Related News