It is a benign condition of the uterus in women's reproductive years. Cells lining the inside of the uterus grow into its muscle wall causing menstrual cramps, heavy periods

What is Adenomyosis or Bulky Uterus?

Adenomyosis or Bulky Uterus is a benign (not life-threatening) condition of the uterus in which the cells that normally line the inside of the uterus (endometrium), grow into the muscle layer (myometrium) of the uterus.

Adenomyosis is only found in women who are in their reproductive years. This is because the hormone estrogen is required to develop this condition and it eventually goes away after menopause when the level of estrogen in the body drops.

Even after invading the myometrium tissue, the endometrial cells continue to function as they would, during each menstrual cycle. The endometrial cells thicken, break down and result in menstrual bleeding. This results in thickening of the uterine walls and diffuse enlargement of uterus and heavy periods. Though Adenomyosis is not life-threatening, frequent pain and heavy periods can affect a womans quality of life.

The symptoms are noticed either during pregnancy or after having children. The prevalence is estimated to be 20% to 30% in the general female population.

About 30% to 50% of women with Adenomyosis have no symptoms.

What are the Causes of Adenomyosis?

The causes of Adenomyosis are not yet understood, but the disease typically disappears after menopause.

What are the Symptoms and Signs of Adenomyosis?

How do you Diagnose Adenomyosis?

How do you Treat Adenomyosis?

Adenomyosis usually goes away after menopause, so the treatment may depend on how close you are to your menopausal period. The treatment options for Adenomyosis include:

How do you Prevent Adenomyosis?

Since the causes of Adenomyosis are not yet known, there are no known preventive measures.

What is the Prognosis of Adenomyosis?

Adenomyosis is not a life-threatening illness. There are many treatments available to help alleviate your symptoms. Moreover, Adenomyosis does not affect your fertility levels much and goes away on its own after you reach your menopause.

Latest Publications and Research on Adenomyosis or Bulky Uterus 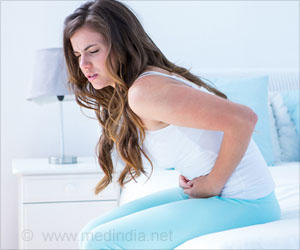 Endometriosis
Endometriosis is a chronic painful disorder with endometrial tissue found at abnormal sites such as ovary and tubes. It causes pelvic pain and fertility issues.
READ MORE
Sign up for Wellness Consult a Doctor Sign up for Selfcare

Drugs for Adenomyosis or Bulky Uterus