What is Acanthamoeba Keratitis?

Acanthamoeba keratitis is a serious, rare, and painful eye condition which affects the cornea of the eye, the transparent part of the eye through which the light enters. The condition is caused by a single celled amoeba, called Acanthamoeba. Prolonged infection can result in loss of vision.

Acanthamoeba are ubiquitous and can be found in air, fresh and brackish water, and soil. The acanthamoeba can also be found in heating/ventilation/air conditioners (HVAC), sewage systems, and air coolers. 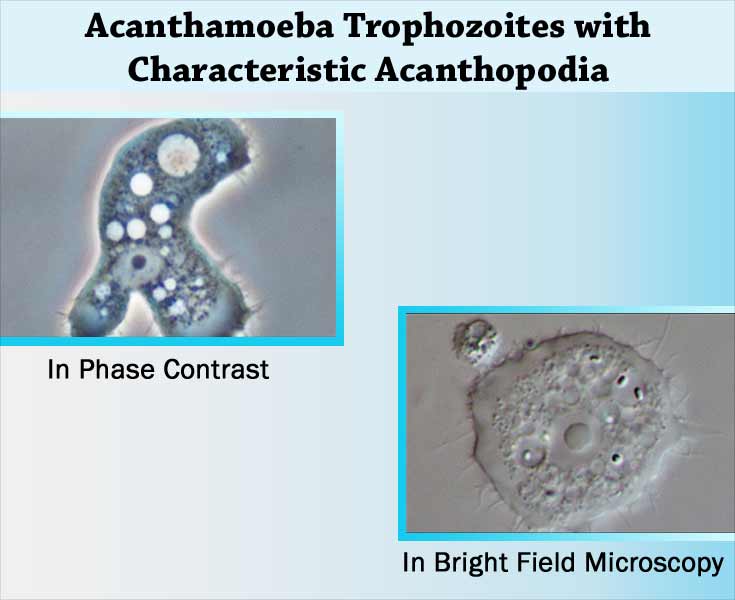 Individuals who wear contact lenses are more likely to be infected with the parasite. It is more common but not limited to people who use tap water and unpreserved saline to clean their lenses.

People who swim while wearing contact lenses are also at a higher risk of developing Acanthamoeba keratitis. In addition, those who swim in brackish water, and those injured with decayed organic and vegetative matter are also at risk.

Early diagnosis of Acanthamoeba keratitis is necessary to ensure prompt treatment and therefore prevent damage to the cornea and consequent loss of vision. Treatment can last from several months to even a year.

What are the Symptoms and Signs of Acanthamoeba Keratitis? 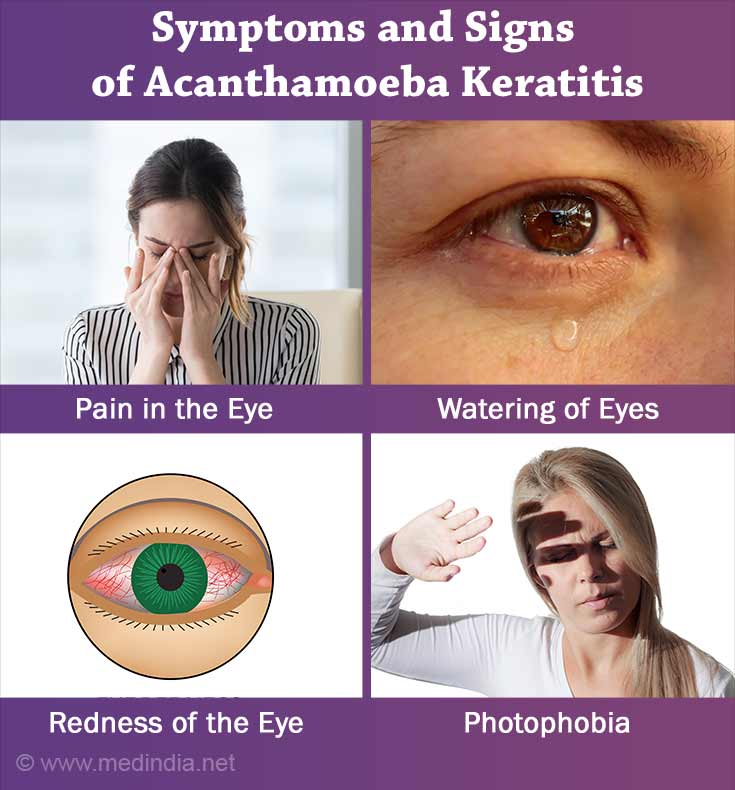 Pain is particularly severe and may be out of proportion with the findings in the cornea. This is because this organism has a particular affinity for nerve tissue and so causes inflammation of the nerves in the cornea, and hence the pain.

The cornea may appear to be hazy or whitish in color.

These symptoms can persist for several months. Regardless of the appearance of the cornea, patients should consult their doctor as soon as possible to initiate treatment. Delay in treatment results in excessive damage to the corneal surface.

How do we Diagnose Acanthamoeba Keratitis?

Early diagnosis of Acanthamoeba keratitis can prevent serious damage or scarring to the cornea.

The diagnosis of acanthameba keratitis can be made from the history, symptoms, signs and investigations. 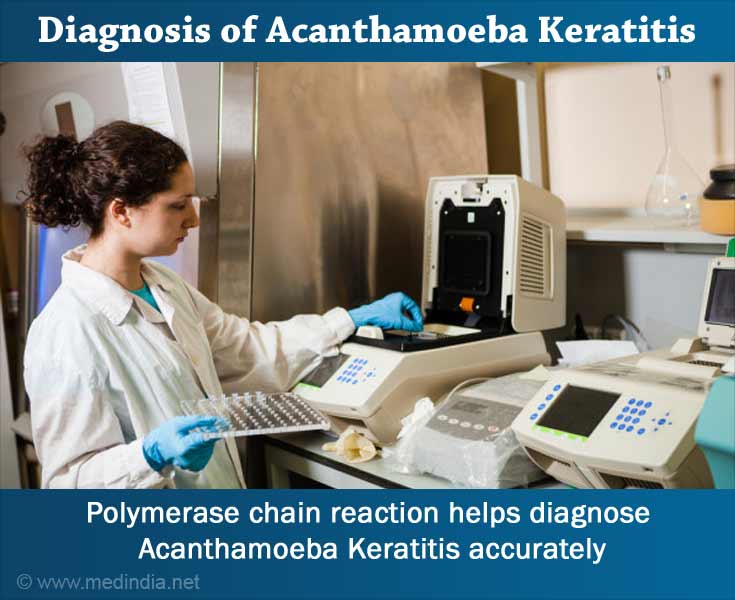 Most of the time, diagnosis of Acanthamoeba keratitis is delayed because of its nonspecific nature in the initial stages. A high index of suspicion combined with the above investigations can help to identify this condition in order to start early treatment. Any corneal ulcer that is not responding to the treatment being given must be viewed with suspicion and must be investigated for Acanthamoeba as a cause.

How do we Treat Acanthamoeba Keratitis?

The treatment of acanthamoeba keratitis is often not satisfactory because of the following reasons:

Treatment always consists of a combination of drugs. The usual treatment consists of:

Either administered singly or together, and these are often combined with propamidine (Brolene) or hexamidine.

Other drugs such as Neosporin and antifungal agents have some anti-amoebic activity and are often combined with the above drugs.

Treatment usually required to be continued for a period of a couple of months. Often, the infection is controlled, but a scar is left behind in the cornea which has to be taken care of surgically for visual recovery.

A corneal transplantation or keratoplasty (by obtaining a donor cornea from a fresh cadaver) is carried out for restoring the vision. 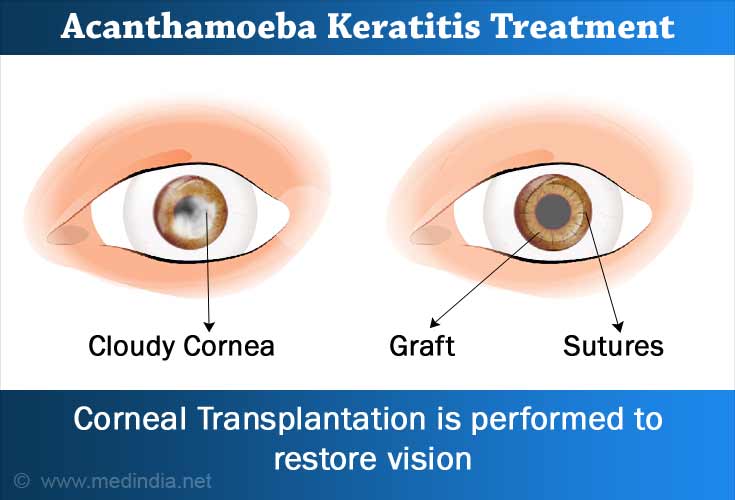 Sometimes, keratoplasty may have to be carried out in the presence of active infection when drugs do not control it, and the cornea threatens to perforate.

Users of contact lenses should take special care to avoid contamination and conditions such as Acanthamoeba keratitis. Some of the precautions below may be useful in this context.

Eye Infections
Eye infection is a common problem that often causes pain and discomfort to the eyes. Common symptoms of eye infection include pain, redness of eye or eyelids, eye discharge.

Quiz on Contact Lenses
Contact lenses are a good alternative to those with refractive eye errors and do not want to use spectacles or undergo laser treatment. Test your knowledge on contact lenses by taking this ...

Colored Contact Lenses - Are They Safe?
Beauty aids such as colored lenses are perfectly safe as long as you follow some basic and simple rules.

Top 10 Tips for Contact Lens Wearers
A contact lens is an artificial lens placed on the cornea for refractive, treatment or diagnostic purposes. Learn the best tips to be safe with them.
Sign up for Wellness Consult a Doctor Sign up for Selfcare
Advertisement
Health Topics A - Z
A B C D E F G H I J K L M N O P Q R S T U V W X Y Z