What is Abruptio Placenta?

Abruptio placenta or placental abruption is a serious but uncommon complication of pregnancy. The placenta separates either partially or completely from its attachment to the inner lining of the uterus before the birth of the baby.

Abruptio placenta is an important cause of antepartum hemorrhage (genital tract bleeding occurring between 24 weeks pregnancy to term) and can compromise oxygen and nutrient supply to the fetus as well as result in severe maternal blood loss. It usually occurs suddenly and needs urgent management.

The placenta is a flat round organ that forms in the uterus during pregnancy and is responsible for exchange of oxygen, nutrients, and waste products between the mother and fetus. Additionally, it is an endocrine organ and synthesizes important hormones and neurotransmitters and acts as a barrier to toxins and infection in the fetus. It is formed from both maternal and fetal tissue, with about one fifth derived from fetal tissue at term. In a normal pregnancy, the placenta remains firmly attached to the inner wall of the uterus until after the babys birth.

What are the Causes/Risk Factors of Abruptio Placenta?

The exact cause of placental abruption is unclear. Possible causes include injury to the abdomen (fall or auto accident) or sudden loss of the amniotic fluid that surrounds and cushions the baby in the womb.

Factors that increase the risk of placental abruption include the following -

What are the Symptoms and Signs of Abruptio Placenta?

Placenta abruptio usually occurs in the third trimester of pregnancy (24 weeks onwards), especially the final few weeks before delivery. However, it can occur at any time after the 20th week of pregnancy. The clinical features of abruptio placenta include the following - 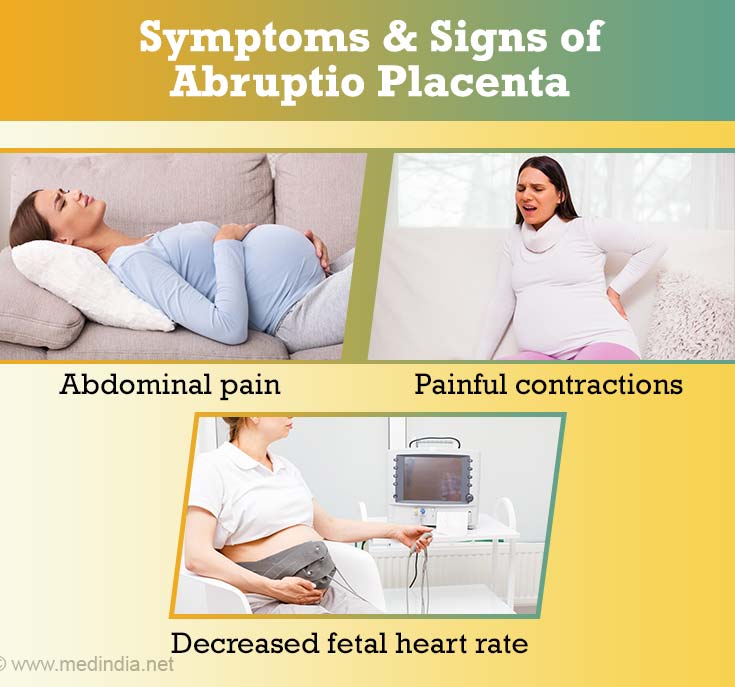 How do you Diagnose Abruptio Placenta?

It is not easy to diagnose abruptio placenta. It may be suspected when a pregnant woman develops sudden localized abdominal pain with or without vaginal bleeding.

The diagnosis is usually one of exclusion and therefore other causes of abdominal bleeding have to be ruled out as well. The other cause of antepartum hemorrhage namely placenta previa should also be borne in mind.

An ultrasound abdomen in the mother may sometimes demonstrate abruptio placenta but it can rule out placenta previa and other causes of third trimester bleeding. Ultrasound scan is a form of imaging that employs sound waves to produce images of the organs to detect the presence of any abnormalities.

Magnetic resonance imaging (MRI) scan (imaging test that uses magnetic field) has been found to be sensitive in picking up abruptio placenta and can be considered if ultrasound is not diagnostic. 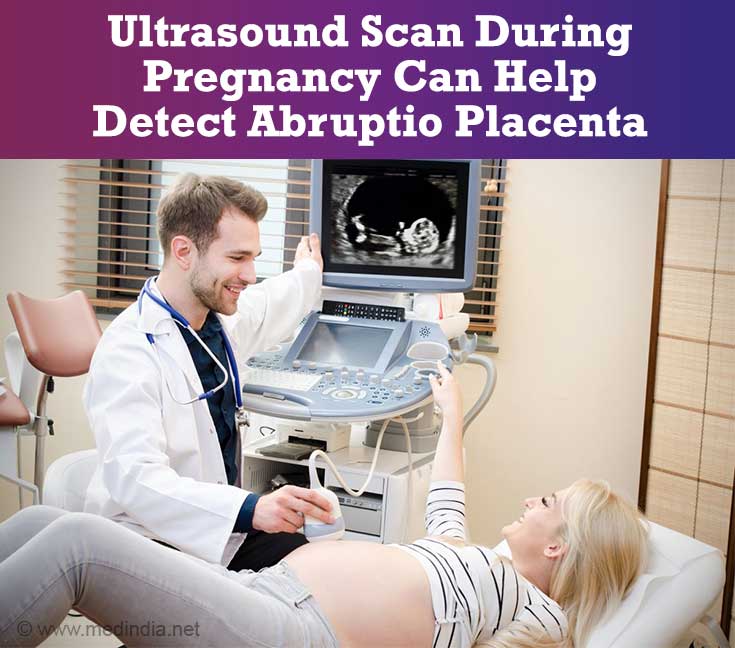 Maternal hemoglobin and hematocrit to check for anemia and hemodynamic status due to blood loss and for appropriate management as needed depending on the severity of her condition.

What are the Complications of Abruptio Placenta?

Abruptio placenta can pose serious health risk both to the mother as well as the fetus. These include the following - 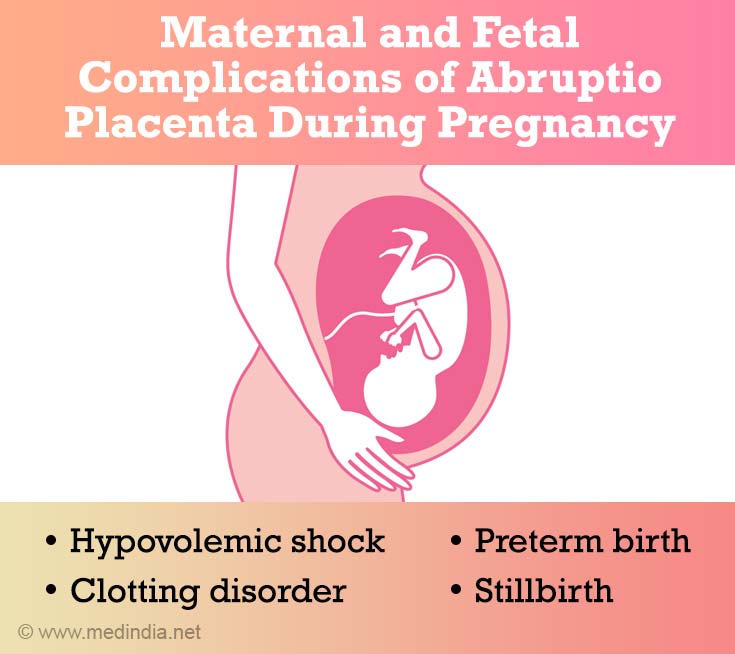 How do you Treat Abruptio Placenta?

Treatment of abruptio placenta depends on the severity of the bleeding, condition of mother and baby and the duration of pregnancy

Pregnancy Not Close to Term

How do you Prevent Abruptio Placenta?

Placental abruption cannot be prevented but precautions to reduce the modifiable risk factors may decrease its occurrence. These include -

Postpartum Hemorrhage
Excessive hemorrhage after delivering a baby can be an emergency, leading to shock and even death if not arrested. Can this be prevented?