Your Supermarket may Affect Your Weight Loss Plans 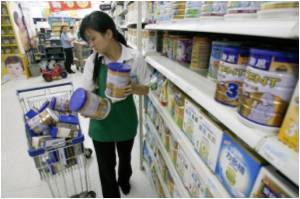 Your supermarket may adversely affect your weight loss plans, according to a report published Apr. 4 in the open access journal PLoS ONE.

Maintaining a food diary and keeping a track of what you eat is the best way to keep your weight under check.
Advertisement

Supermarket size and produce quality, on the other hand, were not correlated with either BMI or waist circumference.


Previous work of this type has largely focused on general neighborhood characteristics instead of specific personal behavior, but the current study, which included 7,131 participants, revealed that only 11.4% shopped for food primarily in their residential neighborhood. This result emphasizes the importance of evaluating people personal food environments.

The authors, led by Basile Chaix of INSERM in France, conclude that supermarkets may be a useful site for public health interventions to change food purchasing behavior.

Fast foods contain as much as 500 calories per serve which is even higher than the calories that a lunch or dinner should provide. Majority of Indians have a flawed perception of healthy food options.
Advertisement
<< Antipsychotic Drug may Improve Treatment for Eating Disorde...
Chief Minister of Delhi and Leading Doctors Sign Pledge on O... >>

Zone Diet
News Archive
News Resource
Advertisement
News Category
Do Instant Formula Foods Cause More Harm Than Good? Is a Plant-based Meat Healthier Than Animal Products? Are You Eating Enough Fiber to Stay Healthy? Preventive Vitamin A Supplementation is Missed by 2 in 5 Indian Kids Does a Mother's Diet Affect the Quality of Breast Milk?
More News
Sign up for Wellness Consult a Doctor Sign up for Selfcare