Your Field of Work Is Reflected In Your Photographic Posture 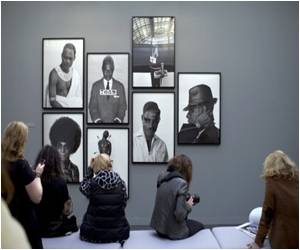 The way people pose for photographs differs according to whether they want to appear rational and objective or intuitive and sensitive, says new research.

In a survey of academics, they have shown that the pose people adopt reflects the discipline in which they work, the Independent reported.

The researchers examined the homepage pictures of almost 6,000 academics on university websites and found that scientists tended to present the right side of their face to the camera, stressing their rational, non-emotional thinking while those involved in the arts presented their left side, displaying their "feeling" and intuitive understanding.


But the researchers call for further studies to determine whether "rational" academics who present their right cheek are cited more often by others.

The findings were reported in the journal PLOS One.

The Perfect Posture 'Can Make You Act and Think Powerful'

An erect posture while sitting or standing is indicative of whether people act as though they are in charge, says a new study.

More News on:
Back Pain at Workplace: Prevention and Exercises